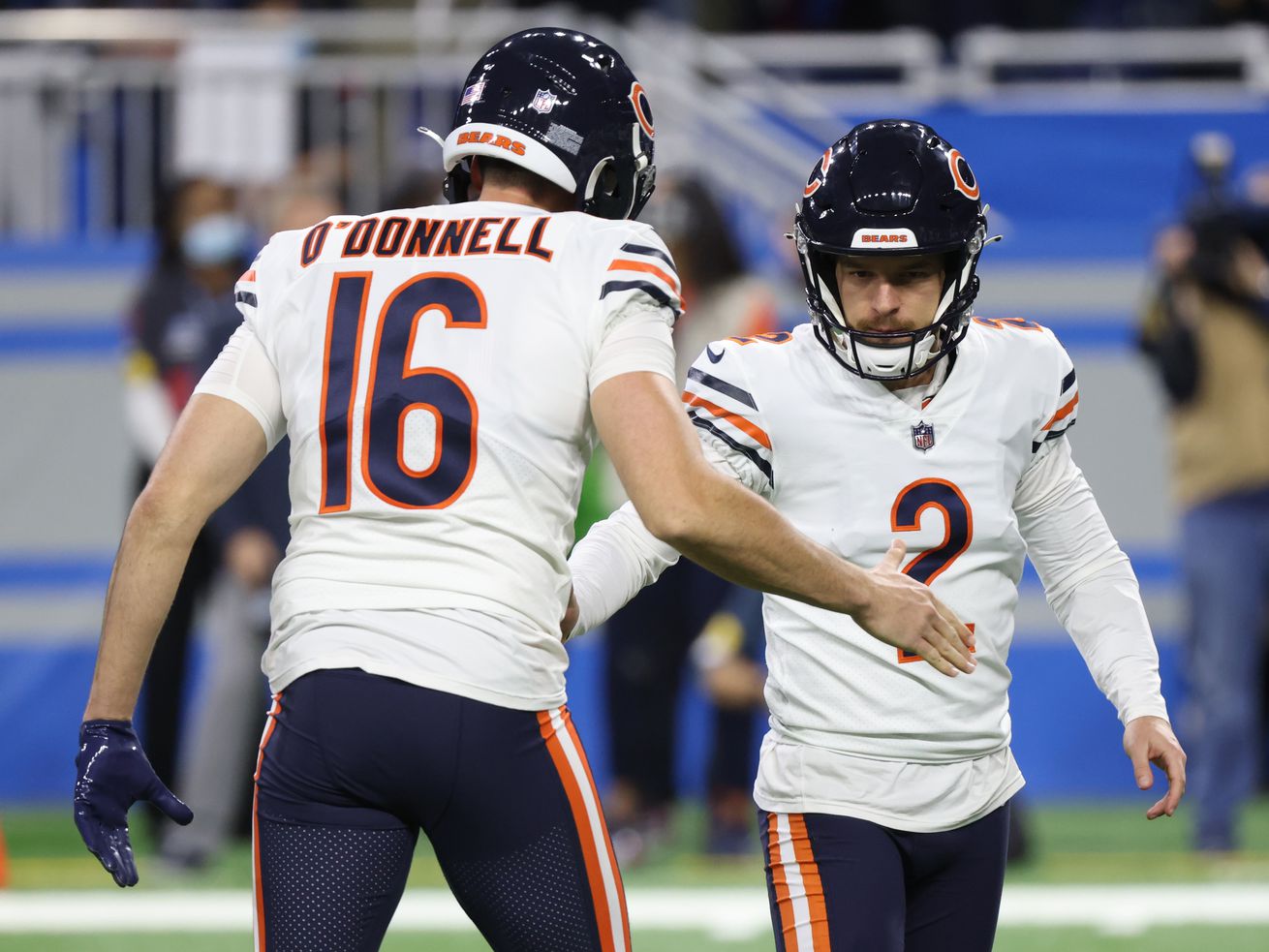 As the Bears moved closer and closer to the end zone on the final drive of Thursday’s 16-14 win, kicker Cairo Santos found himself getting mad.

DETROIT — As the Bears moved closer and closer to the end zone on the final drive of Thursday’s 16-14 win, kicker Cairo Santos found himself getting mad. They were going to score a touchdown, he figured, and he wouldn’t have a chance to redeem himself for misses on both Sunday and Thursday. He’d have to wait another 10 days for a chance to kick a meaningful field goal again.

“Which is good for the team,” he said. “But I was feeling selfish that way.”

Then, fearful the Lions would let them score a touchdown just to get the ball back, the Bears began a string of three kneeldowns, giving Santos a chance to try — and make — the walk-off winner from 28 yards.

“It’s good when it happened fast,” he said. “Rather than not get a chance in the game or wait a whole week.”

Sunday, Santos pushed a 40-yarder left in a game the Bears lost by three. Thursday, Santos made three kicks but, he said, “chunked” a 53-yarder, leaving the kick short in the third quarter that would have put them up nine.

Tackle Jason Peters, the Bears’ elder statesman, approached Santos on the sideline and, the kicker said, “predicted that it was gonna come down to a kick.”

“He was just like, ‘You’re a leader on this team, you’re a weapon and we’re gonna need you,’” Santos said.

Santos hasn’t been this inconsistent all season. He’d made 40-straight regular-season field goals, the longest active streak in the NFL, when he missed a 65-yard prayer at the end of the Steelers game. He said he tried to kick that ball like a kickoff to get more distance, but said that didn’t affect his timing in the last two games.

“You just have it behind you,” he said. “And hope to use this as a fire to keep going.”

Chargers at Denver Broncos: Who has the edge?