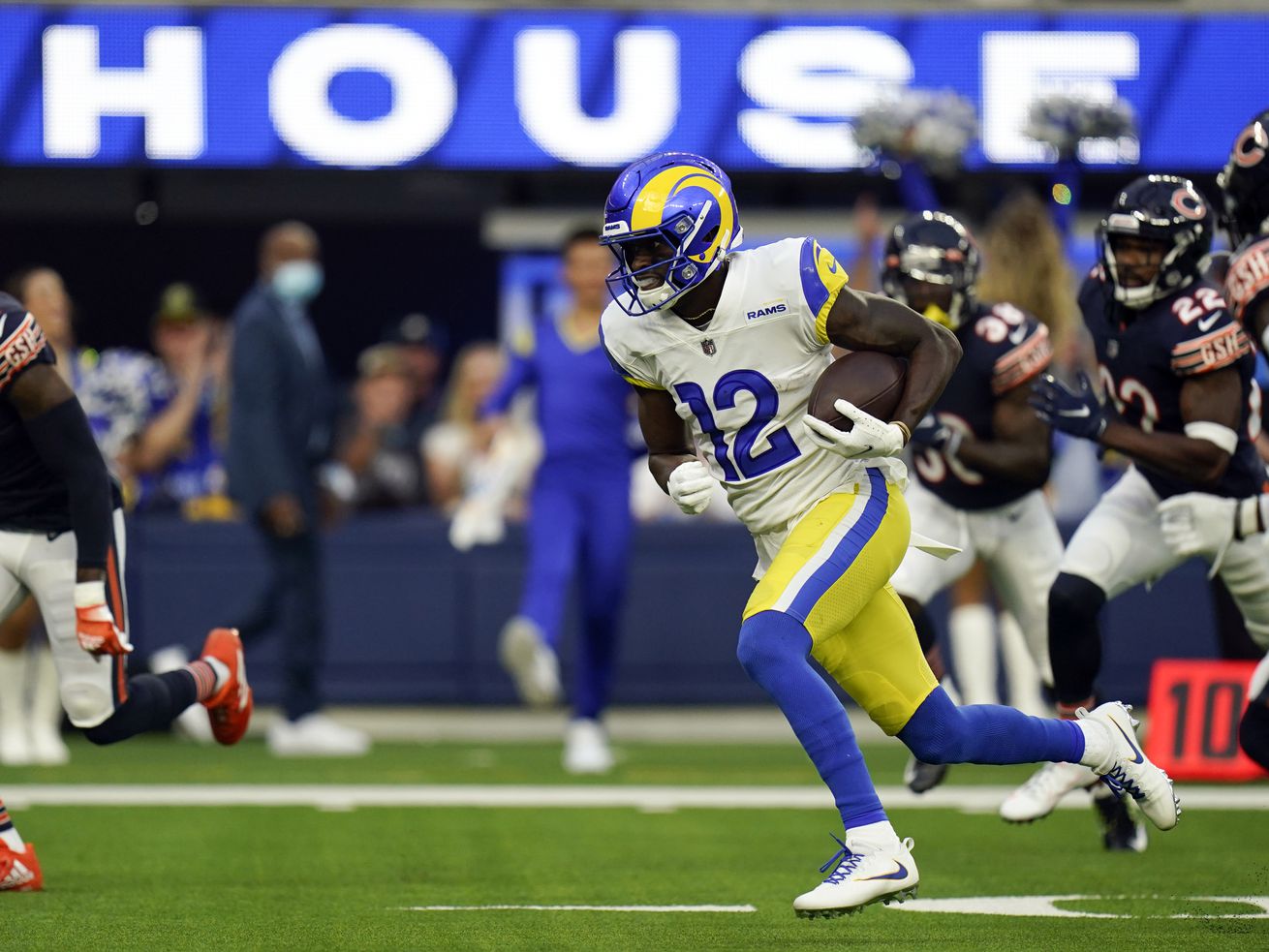 After allowing 80 yards on the first three plays of the game — including a 67-yard touchdown pass — the Bears defense held the Rams to 74 yards on 18 plays (4.1 avg.) the rest of the first half.

The opportunity to finally see the Bears’ defense at full strength was over before it started. Linebacker Danny Trevathan was put on injured reserve with knee sorneness when the 53-man roster was announced last week. Alec Ogletree replaced him in the starting lineup against the Rams on Sunday night at SoFi Stadium.

But first-year defensive coordinator Sean Desai faced an even bigger hole to fill when the Bears kicked off the 2021 season. Nose tackle Eddie Goldman, whose return after opting out of last season because of coronavirus concerns was the key on-field upgrade from 2020 under Chuck Pagano, did not make the trip to Los Angeles because of a knee injury.

It was a vote of confidence in Tonga, who had been impressive in training camp and the preseason. As it turned out, Nichols also spent time in the middle against the Rams, with veteran Angelo Blackson at end.

“Really impressed [with Tonga],” said Bears defensive line coach Chris Rumph, who replaced Rodgers. “He’s a guy that came in and fit right int he room, busted his but during OTAs [offseason practices] and continues to get better every day.”

House to try suspending cap on borrowing authority next week

Desai inherited a defensive core largely intact from the one that dominated in 2018 under Vic Fangio — led by defensive end Akiem Hicks, outside linebacker Khalil Mack, inside linebacker Roquan Smith and safety Eddie Jackson.

But he had other holes to fill — cornerback Kindle Vildor starting for Kyle Fuller, the former Pro Bowl player who was cut in a salary cap move; and nickel back Marqui Christian, replacing Buster Skrine, who was not signed in the offseason.

Christian getting the nod over Duke Shelley at nickel wasn’t an upset, but that Shelley was inactive was a little surprising.

None of that mattered on the Rams’ first series, when Rams quarterback Matthew Stafford caught the Bears napping. Stafford rolled to his left, then threw a deep ball to his right — and found wide receiver Van Jefferson wide open downfield at the Bears’ 20-yard line.

Jefferson stumbled at the 15 after catching the ball. And inexplicably, neither Jackson nor safety Tashaun Gipson bothered to touch Jefferson and end the …read more

‘Free Solo’ filmmakers swap peaks for depths in ‘The Rescue’