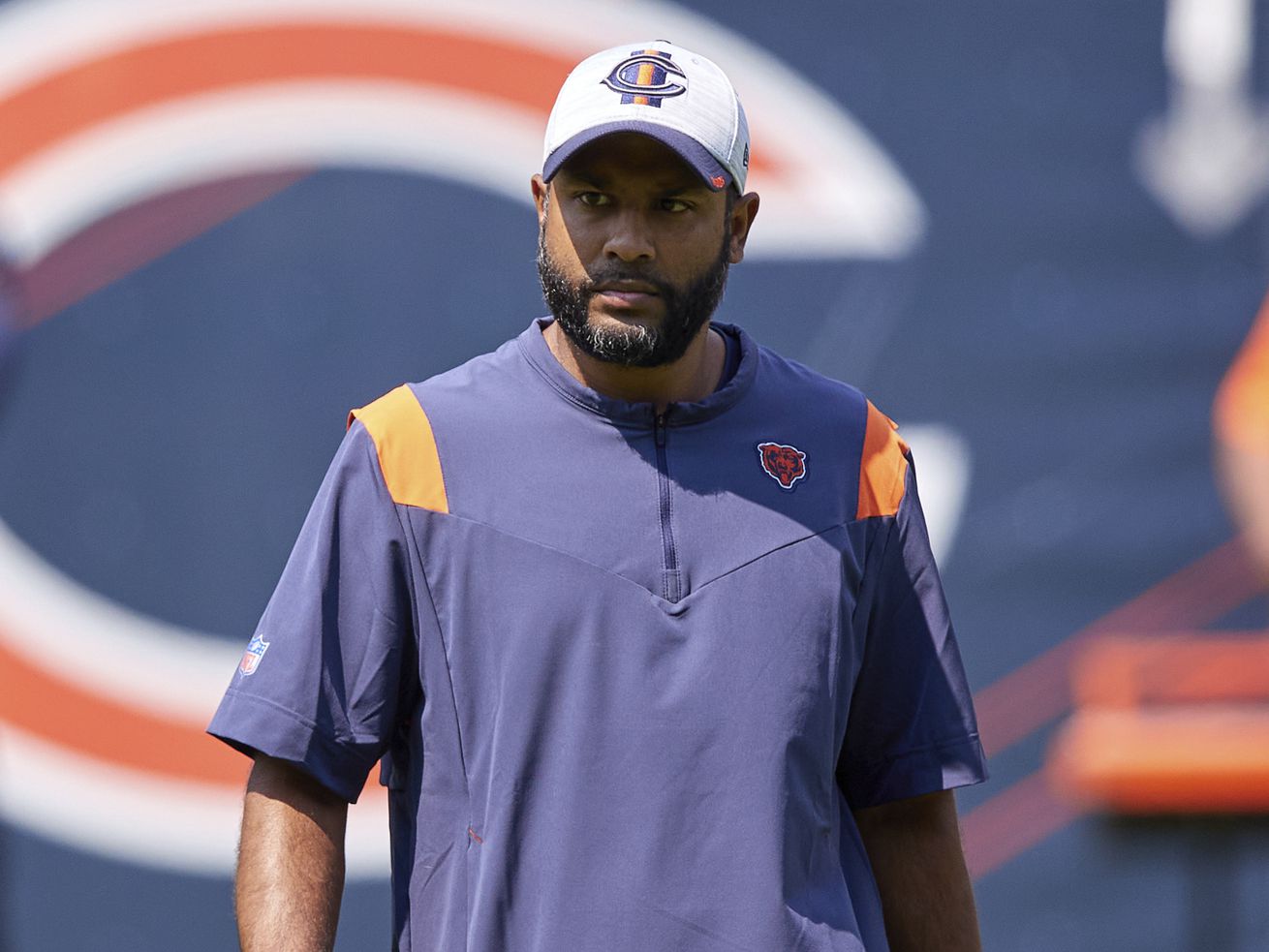 As an assistant with the Bears — he has worked under three head coaches, dating to 2013 — Sean Desai has taught offseason business courses at Lake Forest Graduate School of Management. | Robin Alam/Icon Sportswire via AP Images

In his first season as defensive coordinator, Sean Desai looks to spark a Bears unit with his teaching principles.

When Bears defensive coordinator Vic Fangio became the Broncos’ head coach in January 2019, he took two Bears assistants with him: defensive backs coach Ed Donatell, a three-time coordinator in an NFL career spanning almost 30 years, and little-known outside linebackers coach Brandon Staley, who would two years later become the Chargers’ head coach. To bring Sean Desai, who was under contract, Fangio had to ask the Bears for permission.

The team said no, even though Desai was merely a quality-control coach. “Vic didn’t take my calls for, like, three months after that,” head coach Matt Nagy said. “But it’s OK. I knew he’d get over it.”

Nagy thought Desai was smart and well-prepared. He gave him a small promotion — when Chuck Pagano replaced Fangio, Desai became the safeties coach — but couldn’t assure him of anything greater. “I was not letting Sean go,” Nagy said. “I knew that his goal was to be a coordinator. At that time, I couldn’t promise anything, but I could at least tell him and give him my word that, ‘If an opportunity does arise, you’re gonna have a chance at it.’

“It happened now. And here we are. And I’m more excited than anybody to see him out there this season, doing his thing.” Nagy hired Desai after interviewing nine coordinator candidates following Pagano’s retirement in January. It was a popular decision inside Halas Hall — defensive players root for Desai — but less understood outside the building. Either way, it’s a high-stakes bet on someone who has never called plays before. If the Bears fail this season, general manager Ryan Pace and Nagy could both be fired. But both of them believe in Desai.

"I was really shocked": Mélanie Laurent on "Mad Women's Ball" and how "problem" women are controlled

“I’m so excited for him and proud of him,” Pace said. “And the path that he’s taken.”

The professor of the “Leading Organizational Change” course at the Lake Forest Graduate School of Management unveiled a slide of the first day of class that revealed his background. It read “Today’s Gameplan.”

What followed, though, had nothing to do with football. “I thought we were really going to hear something about the Bears,” said Diana Booth, who took the class in spring 2018. “It was something entirely different.”

In addition to being the youngest Bears defensive coordinator in the Super Bowl era and the first Indian-American coordinator in NFL history, Desai is a teacher. He got his doctorate in educational administration with an emphasis in higher education while coaching at Temple. He taught in the master’s and doctoral programs there.At Halas Hall, he’s known as “Doc.”

As an assistant with the Bears — he has worked under three head coaches, dating to 2013 — Desai has taught offseason business …read more