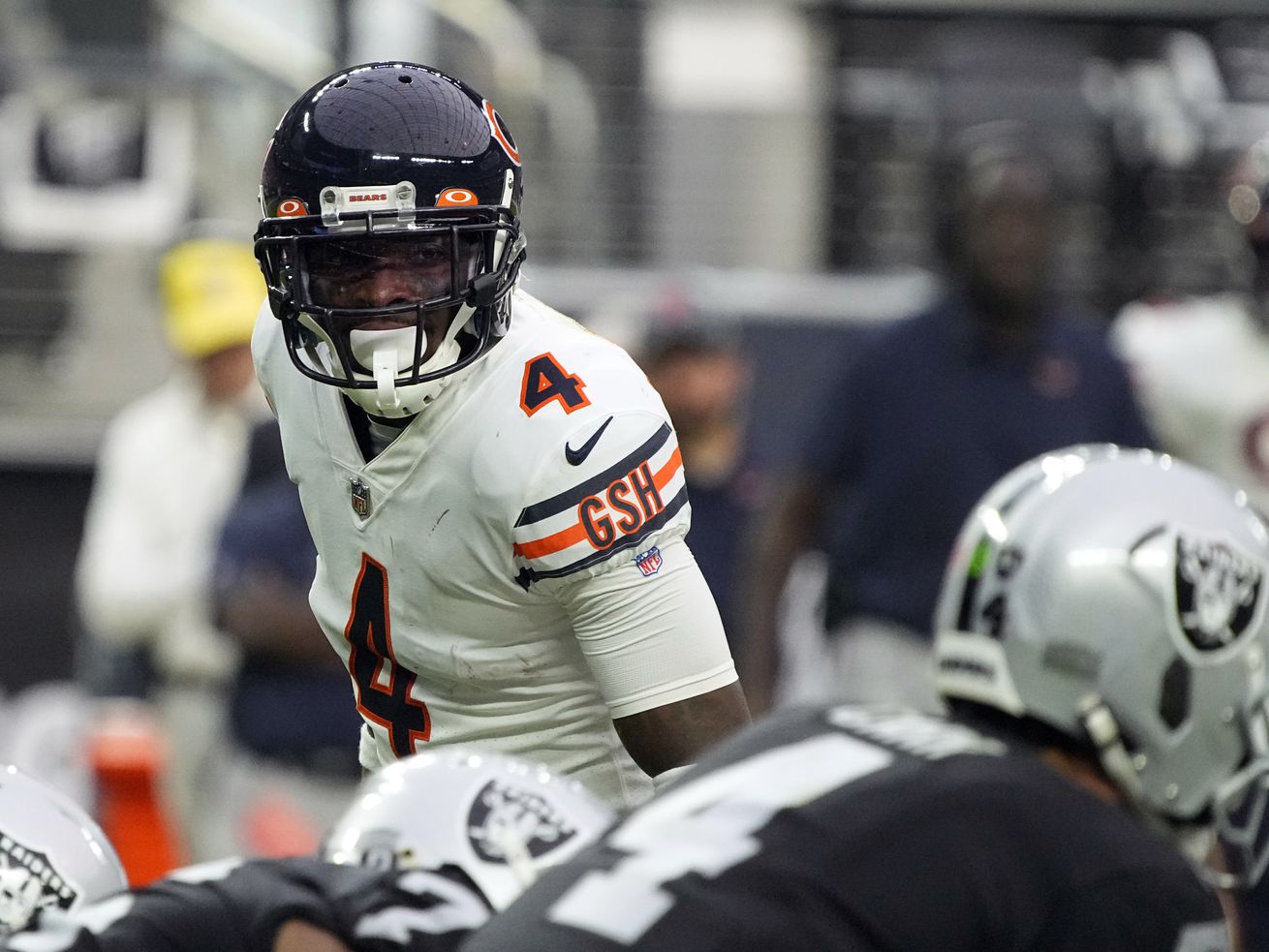 Bears safety Eddie Jackson has missed the equivalent of three games after getting hurt on the second snap against the 49ers. | AP Photos

The defense is also down Khalil Mack for the season and ruled out Akiem Hicks.

The Bears were counting on their defense again this season, but that’s hard to rely on with so many players injured.

They’re already down outside linebacker Khalil Mack for the season and have been without defensive tackle Akiem Hicks, and they’ve been missing safety Eddie Jackson since he hurt his hamstring against the 49ers.

Offensively, starting quarterback Justin Fields is out because of a rib injury he suffered against the Ravens, so Andy Dalton will start and Nick Foles will be active as the backup.

There also was concern about them listing wide receiver Allen Robinson (hamstring) as doubtful and running back Damien Williams (knee) and wide receiver Marquise Goodwin (shoulder) as questionable. Robinson and Williams are out; Goodwin will play.

Here are the Bears’ inactives Sunday against the Ravens:

The Bears opened the three-week window Monday for rookie offensive tackle Teven Jenkins to return from injured reserve, but have yet to activate him. They have to add him to the roster no later than next week against the Cardinals or he’ll be ineligible the rest of the season.

Joy of victory all that matters to Matt Nagy

Don’t tell me: The age of spoilers and how we can dismantle it

Dinner on the patio? First, hold the stench

Tennis players take on Communist Party: Where is Peng Shuai?