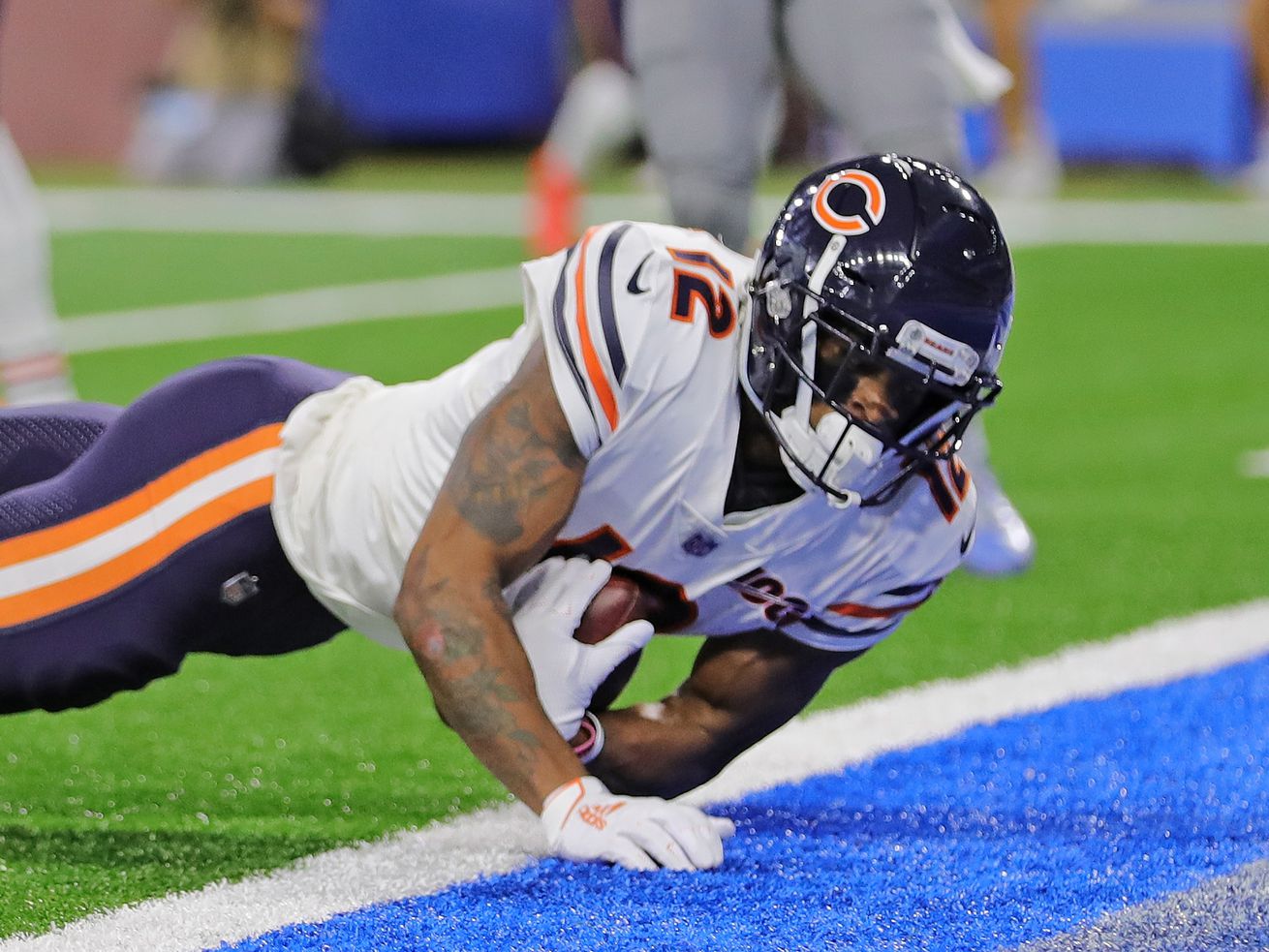 Robinson has 30 catches for 339 yards and a touchdown this season. | Getty

Meanwhile, the Lions are hoping to get quarterback Jared Goff back in time for kickoff.

DETROIT — The Bears’ roster has already been stripped by injuries, and their situation hasn’t gotten much — if any — better during the quick turnaround between their loss to the Ravens and their game Thursday at the Lions.

The team ruled out defensive tackle Akiem Hicks before leaving Halas Hall on Wednesday, making this the second game in a row he’ll miss with an ankle injury and fourth absence overall. He has played just 35% of the defensive snaps, down from 74% last season.

That’s a tough blow for a defense missing star pass rusher Khalil Mack, who is out for the season. The Bears also have been going without safety Eddie Jackson since he hurt his hamstring in Week 8, and he is questionable for this game.

Then there’s wide receiver Allen Robinson, who seemed to signal his intention to play when he spoke to the media Tuesday. Given that he’s in a contract year and the game is in his hometown, Robinson would have ample motivation to gut it out if possible, but the Bears listed him as doubtful and said he wouldn’t have been able to practice this week.

Before their flight to Detroit, the Bears flexed wide receiver Isaiah Coulter and linebacker Sam Kamara up from their practice squad.

The Lions are still hoping starting quarterback Jared Goff will be able to play through an oblique injury after missing their game Sunday. They listed him as questionable.

High school football playoffs: All of Friday’s scores, plus the schedule and matchups for the championship games