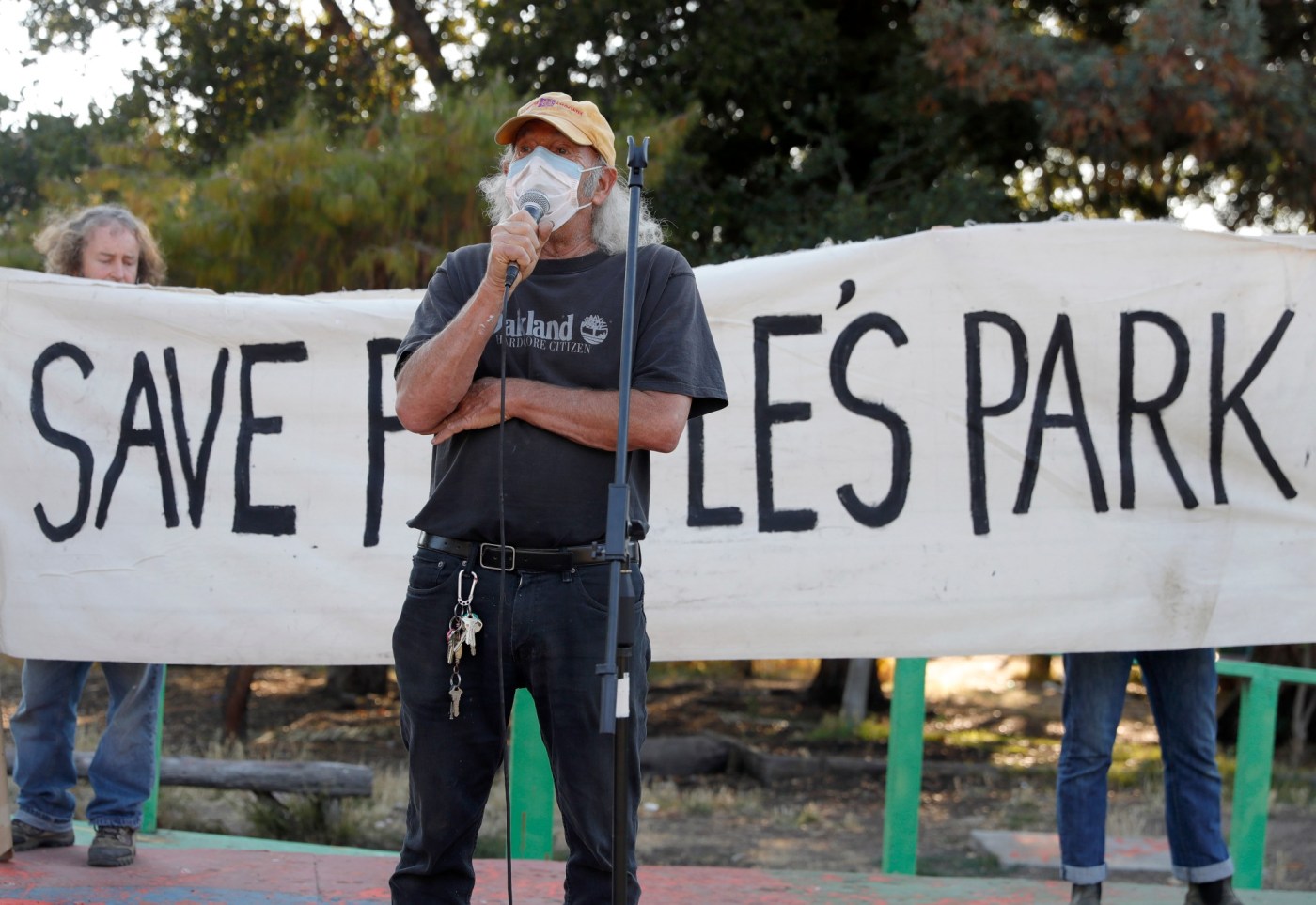 BERKELEY — Following days of intense protest at People’s Park that led UC Berkeley to halt construction on new student housing, the California First District Court of Appeal issued a temporary stay on all construction, demolition and tree-cutting at the controversial site Thursday.

Make UC A Good Neighbor and the People’s Park Historic District Advocacy Group filed a petition in court Thursday challenging the university’s approval of housing at the park — long a hotbed of political activity dating back to 1969 when police brutalized protesters who opposed the university’s long-term plans for the area.

While the stay means that UC Berkeley cannot begin construction at the site until the stay is lifted, the university can still legally put up a security fence around the perimeter of the park.

“We are gratified that the Court of Appeals recognized that UC should not go forward until the court has the opportunity to review our case more fully,” People’s Park Historic District Advocacy Group President Harvey Smith said. “UC took advantage of the legal system in order to destroy as much of the park as it could. We are hopeful that the court will overturn the lower court decision and lead to the restoration of the park. Why should the university keep a parking lot and destroy a park? In the era of extreme climate change, this is unconscionable.”

Over the past week People’s Park has erupted with renewed political activism after UC Berkeley began clearing the park for construction, a move that led protesters to face off against police, destroy a barricade erected around the park and damage pricey construction equipment.

The confrontations were sparked after a court ruling last week, which became official Tuesday, allowed UC Berkeley to move forward with its plans to redevelop a portion of the park with two buildings, one six stories and the other 12.

Along with housing for students and homeless people, the project plans to preserve almost half of the site — 1.7 acres — as open space and honor the history of People’s Park with a memorial walkway, murals and photo displays.

The university has been under mounting legal pressure to build more housing as its student population grows, although proponents of preserving People’s Park say the location is a vital green space and cultural landmark that should not be removed.

The destruction of construction materials and protests forced UC Berkeley to pause construction on the site late Thursday afternoon, according to an email about the project’s next steps from university representatives Dan Mogulof and Kyle Gibson.

“Due to the destruction of construction materials, unlawful protest activity, and violence on the part of some protesters (on Wednesday), the university decided to pause construction work on the People’s Park housing site,” the statement said.

The university representatives added that “the campus will, in the days ahead, assess the situation in order to determine how best to proceed with construction of this urgently needed student housing project.”

Golden Globes 2021: The Complete List of Nominees | Entertainment Weekly
Alexander: Travis Dye gets to be a Trojan after all

SPECIAL DELIVERY: Nike and Social Status took everyone back to school with the “Recess” Penny 1 pack