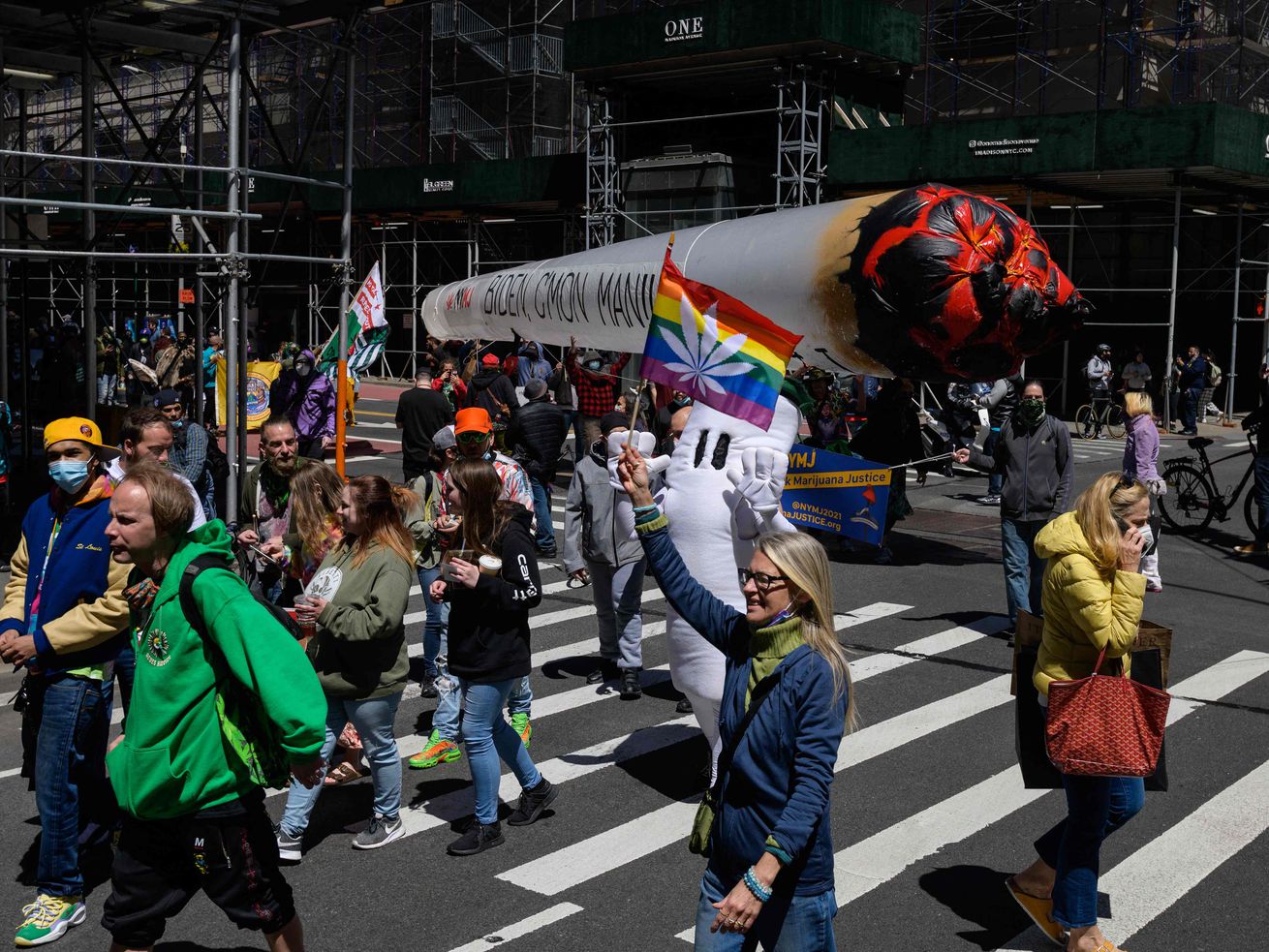 Demonstrators march in the annual New York City Cannabis Parade & Rally in support of the legalization of marijuana for recreational and medical use, on May 1, 2021. | Getty

The president still has not caught up with most Americans on marijuana policy.

Just before he left office, Donald Trump freed more than a dozen federal prisoners who had received sentences ranging from 15 years to life for growing, transporting or distributing marijuana.

Yet President Joe Biden, who during his campaign said “anyone who has a [marijuana] record should be let out of jail” and promised to “broadly use his clemency power for certain non-violent and drug crimes,” is suddenly reticent about following Trump’s example.

While Biden has come a long way since his days as an ardent drug warrior who bragged about the draconian sentences he helped enact, he still has not caught up with most Americans on marijuana policy. According to a recent Quinnipiac University poll, 69% of Americans, including 78% of Democrats and 62% of Republicans, support legalization.

Biden — unlike most of the Democrats he beat for his party’s 2020 presidential nomination, including his vice president — opposes repealing the federal marijuana ban, a position that puts him in the minority even within his age group. Instead he wants to decriminalize low-level possession, an idea that was at the cutting edge of marijuana reform in the 1970s.

Since the Justice Department rarely prosecutes marijuana users, Biden’s proposal would have little impact at the federal level. And it would do nothing to address the untenable conflict between the Controlled Substances Act and the laws that allow medical or recreational use of marijuana in 36 states.

House Judiciary Committee Chairman Jerrold Nadler (D–N.Y.) plans to reintroduce a legalization bill that was approved by the House of Representatives in December but was never considered by the Senate. Senate Majority Leader Chuck Schumer (D–N.Y.) says his chamber likewise will soon consider legislation that would “end the federal prohibition on marijuana.”

When New York Post reporter Steven Nelson asked White House Press Secretary Jen Psaki during a press briefing last month whether Biden would sign such a bill, she reiterated his support for reclassifying marijuana “so researchers can study its positive and negative impacts,” for allowing medical use, for letting states legalize recreational use and for “decriminalizing marijuana use and automatically expunging any prior criminal records.” Pressed to explicitly say whether Biden would sign a legalization bill, Psaki replied, “I just have outlined what his position is, which isn’t the same as what the House and Senate have proposed.”

Unlike legalization, freeing marijuana prisoners would not require an act of Congress, and it is consistent with what Biden said on the campaign trail. His promises created a reasonable expectation that he would show mercy for marijuana offenders who continue to languish in federal prison, such as Ismael Lira and Pedro Moreno, who are serving life sentences for distributing cannabis from Mexico.