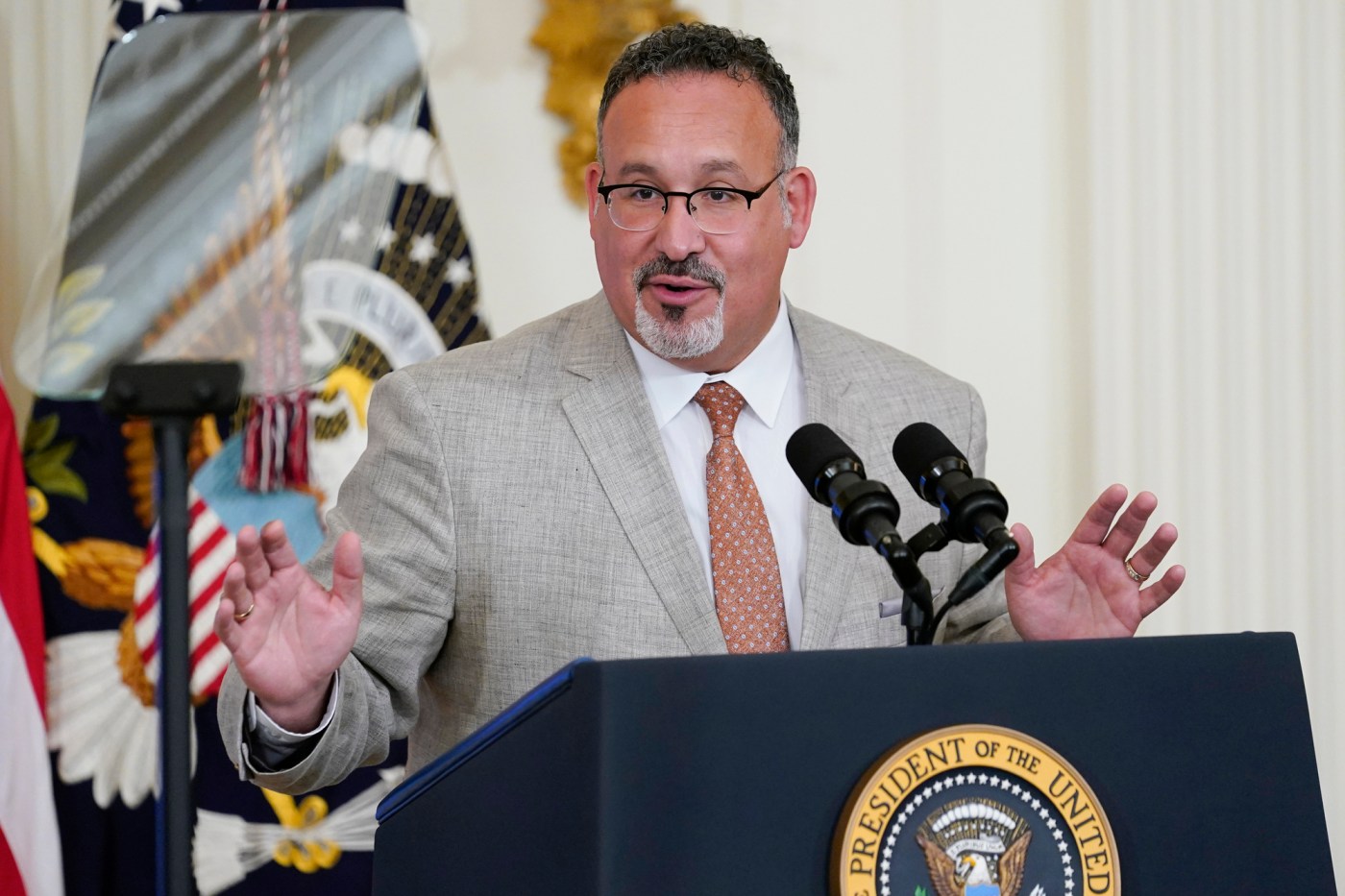 The rights of LGBTQ students would become enshrined in federal law and victims of campus sexual assault would gain new protections under new rules proposed by the Biden administration on Thursday.

The proposal, announced on the 50th anniversary of the Title IX women’s rights law, is intended to replace a set of controversial rules issued during the Trump administration by Education Secretary Betsy DeVos.

President Joe Biden’s education secretary, Miguel Cardona, said that even though there have been significant strides toward gender equality, discrimination and sexual violence persist.

“Even as we celebrate all the progress we’ve achieved, standing up for equal access and inclusion is as important as ever before,” he said.

The proposal is almost certain to be challenged by conservatives, and it is expected to lead to new legal battles over the rights of transgender students in schools, especially in sports. It now faces a public feedback period before the administration can finalize any changes, meaning the earliest that the policy is likely to take effect is next year.

The step meets a demand from victims rights advocates who wanted Biden to release new rules no later than the anniversary of Title IX, which outlaws discrimination based on sex in schools and colleges. Advocates say DeVos’ rules have gone too far in protecting students accused of sexual misconduct, at the expense of victims.

As a presidential candidate, Biden had promised a quick end to DeVos’ rules, saying they would “shame and silence survivors.”

In announcing its proposal, Biden’s Education Department said DeVos’ rules “weakened protections for survivors of sexual assault and diminished the promise of an education free from discrimination.”

For the first time, the rules would formally protect LGBTQ students under Title IX. Nothing in the 1972 law explicitly addresses the topic, but the new proposal would clarify that the law applies to discrimination based on sexual orientation and gender identity.

What GOP-named justices had said about Roe to Senate panel

It would make clear that “preventing someone from participating in school programs and activities consistent with their gender identity would cause harm in violation of Title IX,” according to the department. More specific rules dealing with the rights of transgender students in school sports will be released later, the department said.

“As we look to the next 50 years, I am committed to protecting this progress and working to achieve full equality, inclusion, and dignity for women and girls, LGBTQI+ Americans, all students, and all Americans,” he said in a statement.

Many of the proposed changes would restore Obama-era rules that DeVos’ policy replaced.

The definition of sexual harassment would be expanded to cover a wider range of misconduct. Schools would be required to address any allegation that creates a “hostile environment” for students, even if the misconduct arises off campus. Most college employees, including professors and coaches, would be required to notify campus officials if they learn of potential sex discrimination.

In a victory for victims rights advocates, the …read more

Golden Globes 2021: The Complete List of Nominees | Entertainment Weekly
When the ad said, ‘Caskets and more,’ I thought about learning to live with less