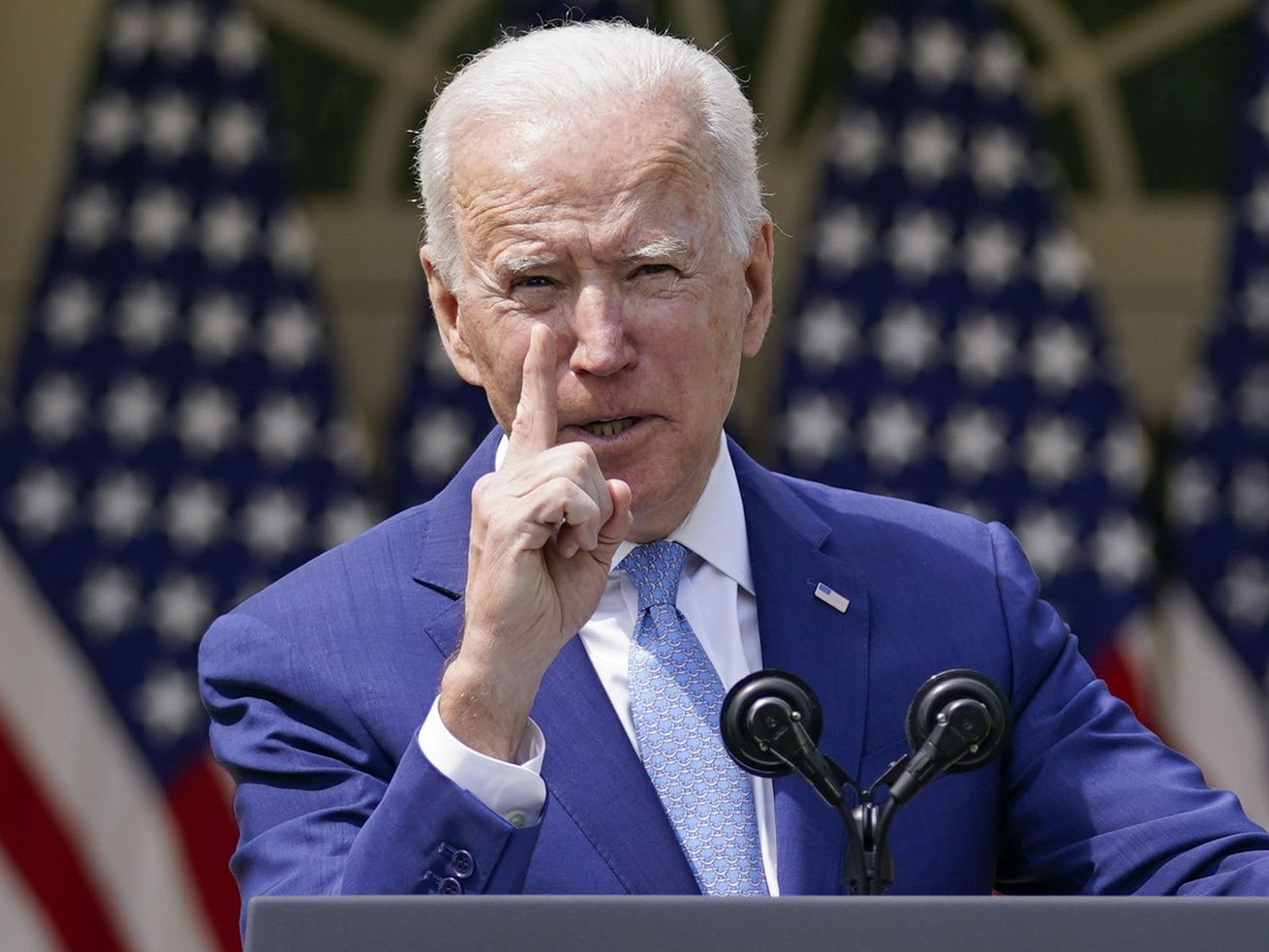 President Joe Biden gestures as he speaks about gun violence prevention in the Rose Garden at the White House on Thursday, April 8, 2021, in Washington. | Andrew Harnik, Associated Press

”It is actually a public health crisis,” Biden said during remarks at the White House.

Greeting the families of gun violence victims and activists, he assured them: “We’re absolutely determined to make change.”

A recent spate of mass shootings have again ignited debate over reforming the nation’s gun laws.

Even before the unrelated killing sprees in Atlanta and in Boulder, Colorado, within a week of each other left 18 people dead in March, the Democrat-controlled House passed two gun safety bills, including one that would require background checks on all firearms sales and transfers.

Most Republicans, including all four of Utah’s congressmen, opposed those bills, which don’t appear to be going anywhere in the Senate where they would need 60 votes to pass.

“Today, President Biden told America that his gun control actions do not infringe on the Second Amendment,” Stewart said in a statement. “In his next breath, he claimed that no amendment to the constitution is absolute. Simply put, protecting the right to bear arms in name alone is not enough.

“The right of Americans to defend themselves and their families is fundamental. The Biden administration needs to focus on helping those with mental illness and stopping criminals from committing crimes, not restricting the rights of law-abiding citizens.”

Current law calls for background checks only for those buying guns from a federally licensed dealer. But a significant amount of guns are purchased through private, unlicensed sales.

Among Democrats, 86% favored universal background checks compared to 47% of Republicans.

Thursday’s announcement underscores the limitations of Biden’s executive power to act on guns. They include moves to tighten regulations on homemade guns and provide more resources for gun-violence prevention, but fall far short of the sweeping gun-control agenda Biden laid out on the campaign trail.

Biden is tightening regulations of buyers of “ghost guns” — homemade firearms that usually are assembled from parts and milled with a metal-cutting machine and often lack serial numbers used to trace them. It’s legal to build a gun in a home or a workshop and …read more

Geffen Hall rebuild speeded due to virus, reopen in fall ’22