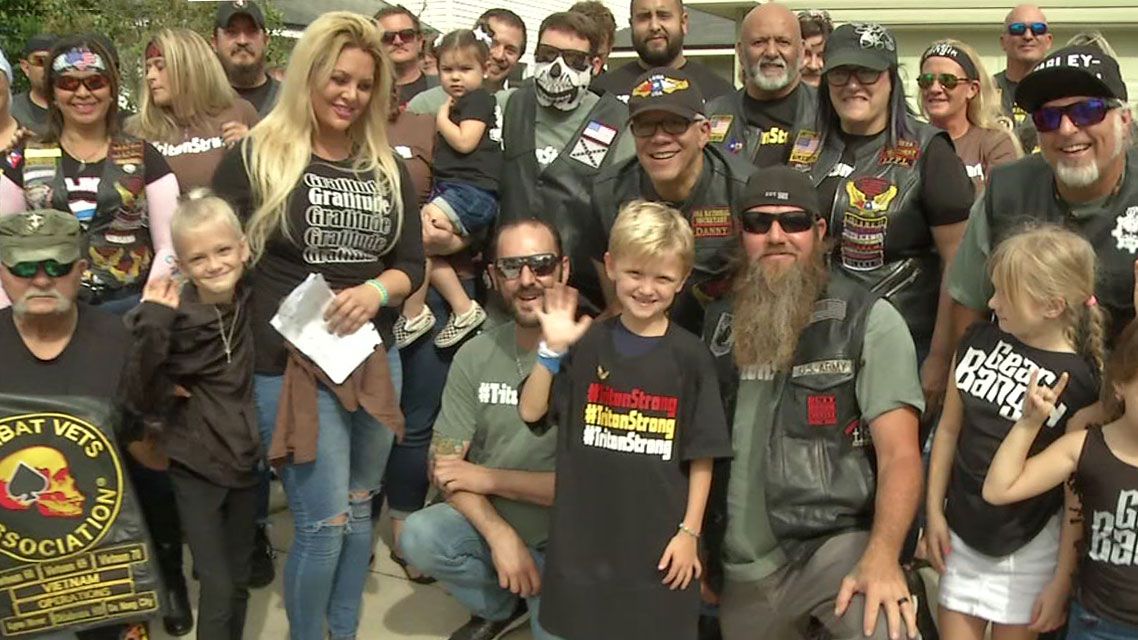 More than 100 people on motorcycles showed up Sunday at Triton Bradshaw’s home in Yulee, surprising the 7-year-old still recovering from a head injury and mild concussion he received when a teenager smashed a pumpkin in the boy’s face.

The members and supporters of the Latin American Motorcycle Association and Gear Bragin’ Motorcycle Club held a Cruzin For Triton to surprise the boy.

“We just want to make it big for him,” one biker said. “Today is his day.”

Trenton had few words for the motorcyclists who came to support him but he was all smiles. They read letters written to him and chanted, “Trinton strong.”

Trinton’s mother, Kara Lysitt, said he was bullied by the 15-year-old boy.

“Triton went down to another little boy’s house to play and the boy didn’t want to play, so he picked up a pumpkin and smashed it in Triton’s face. It was upsetting.”

It was the latest blow for the boy who lost his father a few months ago.

“He wants to have some companionship and friends,” Lysitt said. “It was really hard for me to deal with at first and it still is.”

Mom said the support has helped.

“Triton feels a lot more confident now, now that everyone is coming forward and being his friend. We are setting up play dates. He doesn’t feel so alone anymore.”

After the ride, LAMA Jacksonville hosted a pizza party at its clubhouse on Jacksonville’s Southside where the men and women collected money to buy Triton a new dirt bike.