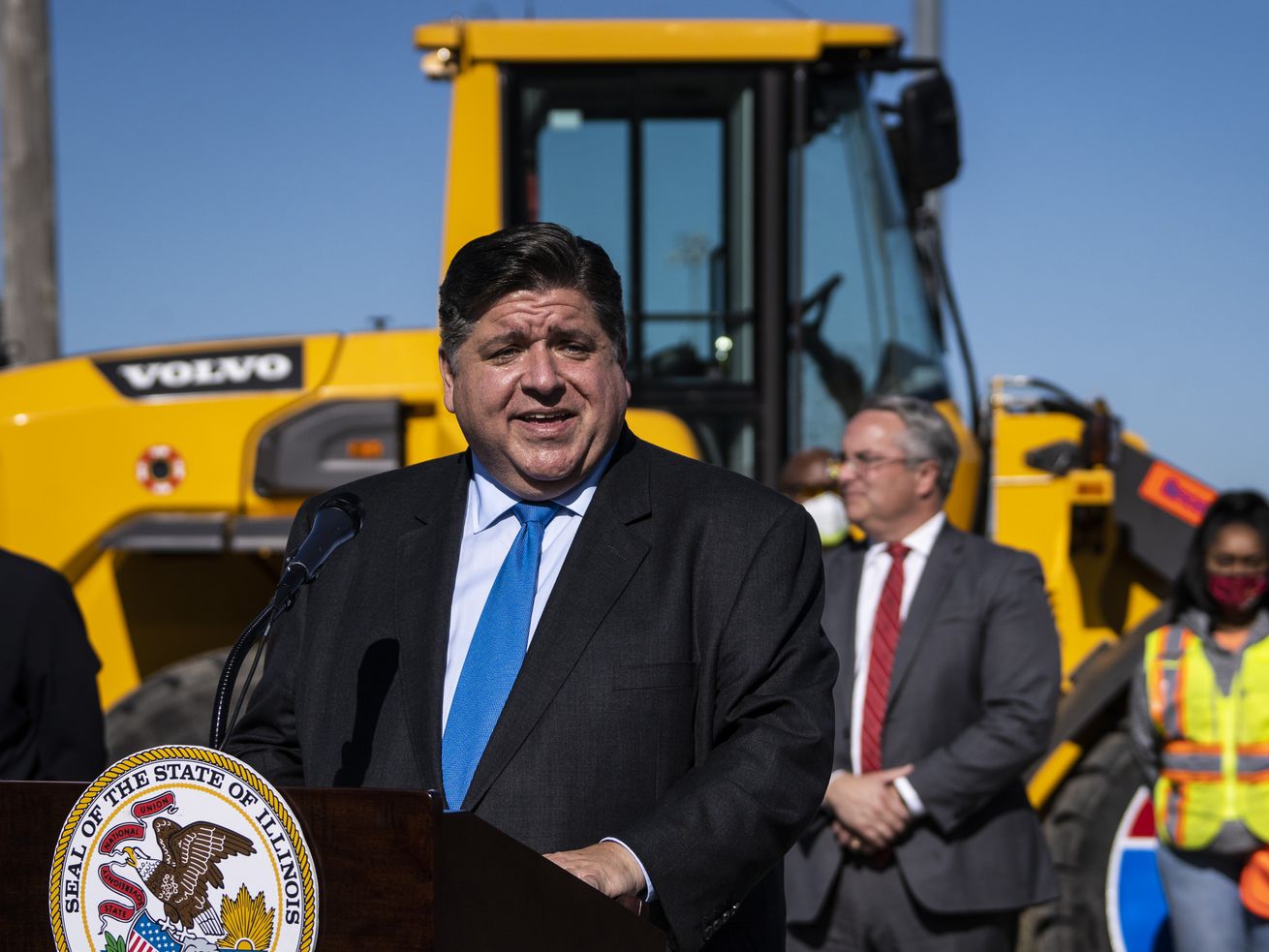 Aurora Mayor Richard Irvin is expected to jump into the Republican primary contest on Monday, and may get the backing of billionaire Ken Griffin.

Billionaire Gov. J.B. Pritzker threw $90 million into his campaign account on Friday, stockpiling his war chest days before a candidate who may get the backing of billionaire Ken Griffin jumps into the GOP primary.

Here is the latest:

Pritzker contributed $90 million to his campaign fund, according to a Illinois State Board of Election Friday night report of the donation. Pritzker campaign spokesman Natalie Edelstein said some of that money will support Democratic candidates and causes.
Aurora Mayor Richard Irvin, that city’s first Black mayor, is expected to jump into the Republican primary contest on Monday, Martin Luther King Jr. Day, various sources said. Irvin’s political viability as he launches a statewide bid is dependent on the perception that his campaign will get a financial boost from Griffin, one of the richest men in the nation. Griffin has vowed to spend millions to defeat Pritzker.

Irvin is part of a GOP slate for statewide offices recruited and groomed by a network of Republican operatives with ties to ex-Gov. Bruce Rauner and to the successful campaign, fueled by Griffin cash, to defeat Pritzker’s graduated income tax proposal.

Four Republicans are already in the GOP primary.