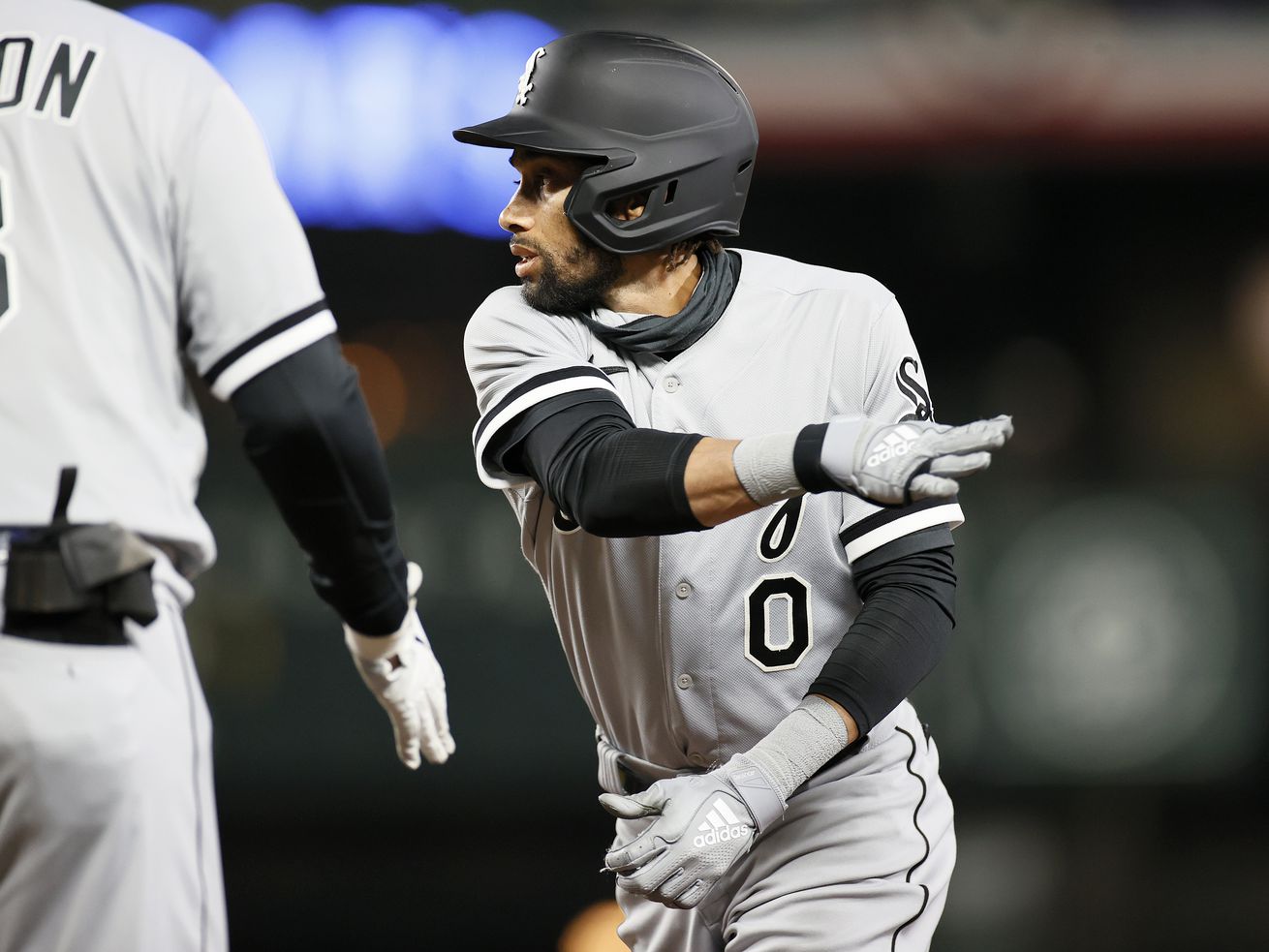 Outfielder Nick Williams called up, inserted into starting lineup for the home opener.

Billy Hamilton landed on the 10-day injured list Thursday, the third White Sox player to go on the IL with a hamstring strain just one week into the season.

Hamilton, a backup outfielder signed during spring training who started in left field against the Mariners on Wednesday, left in the sixth inning after straining his hamstring while stealing third base.

Tim Anderson went on the IL Wednesday with a left hamstring strain and Adam Engel injured his during spring training and is on the IL.

With Hamilton, Engel and Eloy Jimenez (pectoral muscle tear) sidelined, the Sox outfield core is thinning rapidly. They called up Nick Williams from Schaumburg and moved left-hander Jace Fry to the 60-day IL.

With Leury Garcia experienced leg tightness, per manager Tony La Russa, Williams is in the starting lineup for the home opener against the Royals Thursday.

Andrew Vaughn, a first baseman, was thrust into left field duty after Jimenez got hurt during spring training. Vaughn has started four games in left and is expected to play there in the Sox’ next game Saturday, La Russa said.