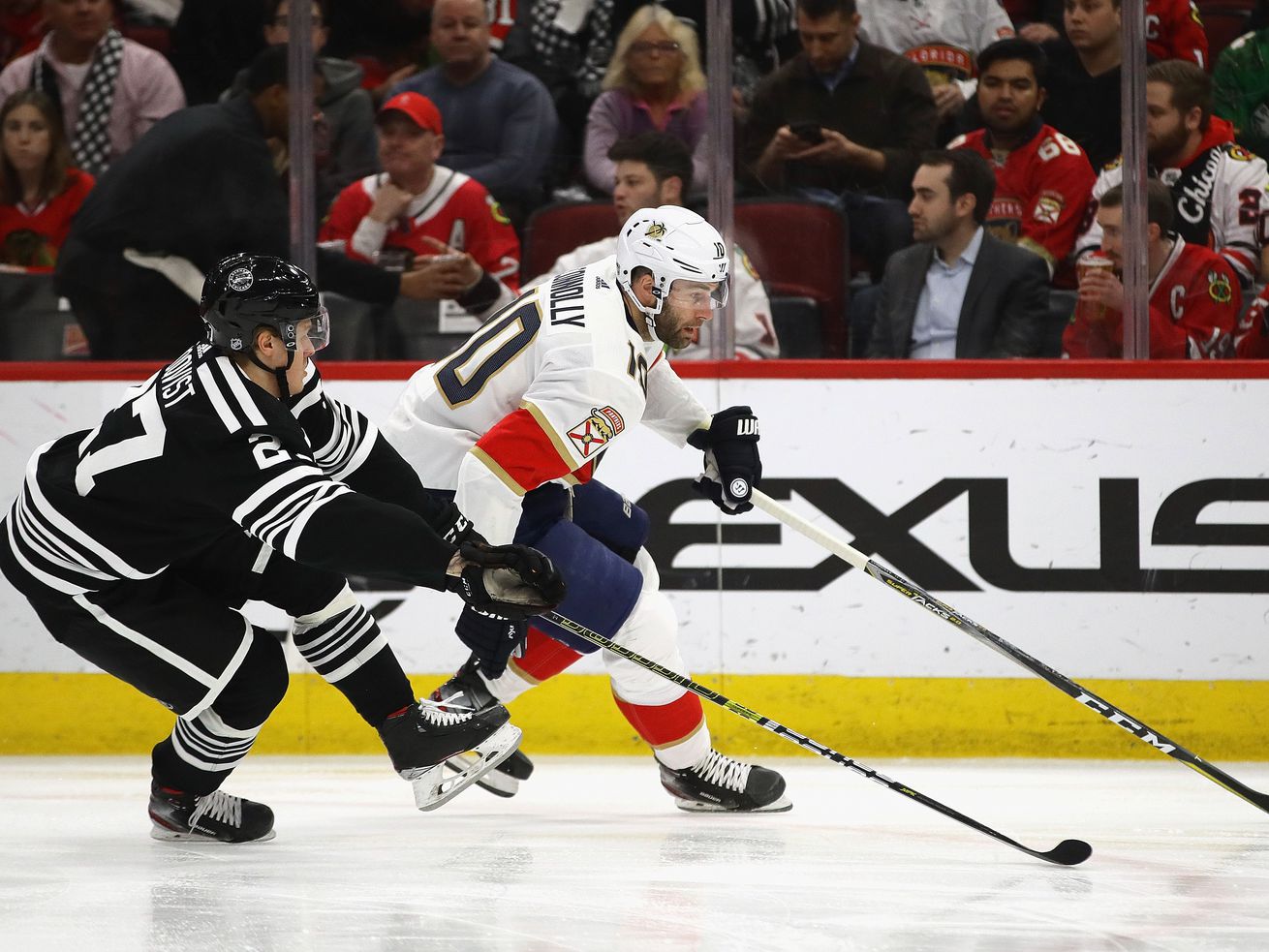 The Blackhawks took on Brett Connolly’s contract in a multifaceted trade with the Panthers on Thursday. | Getty

Riley Stillman is also coming to Chicago while Lucas Carlsson and Lucas Wallmark head to Florida.

The Blackhawks made their second trade with the Panthers in less than a week Thursday, acquiring forwards Henrik Borgstrom and Brett Connolly, defenseman Riley Stillman and a seventh-round draft pick as part of a six-item swap.

Forward Lucas Wallmark and defenseman Lucas Carlsson were sent to Florida in the trade.

The Hawks previously acquired forward Vinnie Hinostroza in exchange for minor-leaguer Brad Morrison in another trade with the Panthers last Friday.

Connolly’s name had been floated as a bad contract the Hawks could acquire for assets, as the 28-year-old wing has two years left after this season with a $3.5 million cap hit. He could potentially turn his career around, though, as he tallied 46 points in 2018-19 and 33 points in 2019-20 before plummeting to just four points so far this season.

Hawks general manager Stan Bowman has a history of gambling on former first-round picks who fell out of favor with their original teams — Dylan Strome and Alex Nylander are two recent examples. He’ll hope to similarly revive Borgstrom, who was a college teammate of Ian Mitchell.

Meanwhile, Carlsson and Stillman are a like-for-like swap: two 23-year-old defenseman who have waffled on the NHL-AHL borderline during recent seasons and could benefit from a fresh opportunity. Stillman, the son of longtime NHL star Cory Stillman, has played 42 games for the Panthers over the past two seasons.

Wallmark, who played for the Panthers last season before signing in Chicago last fall, had fallen out of favor this season and needed to be unloaded to keep the Hawks below the NHL’s 50-contract limit.