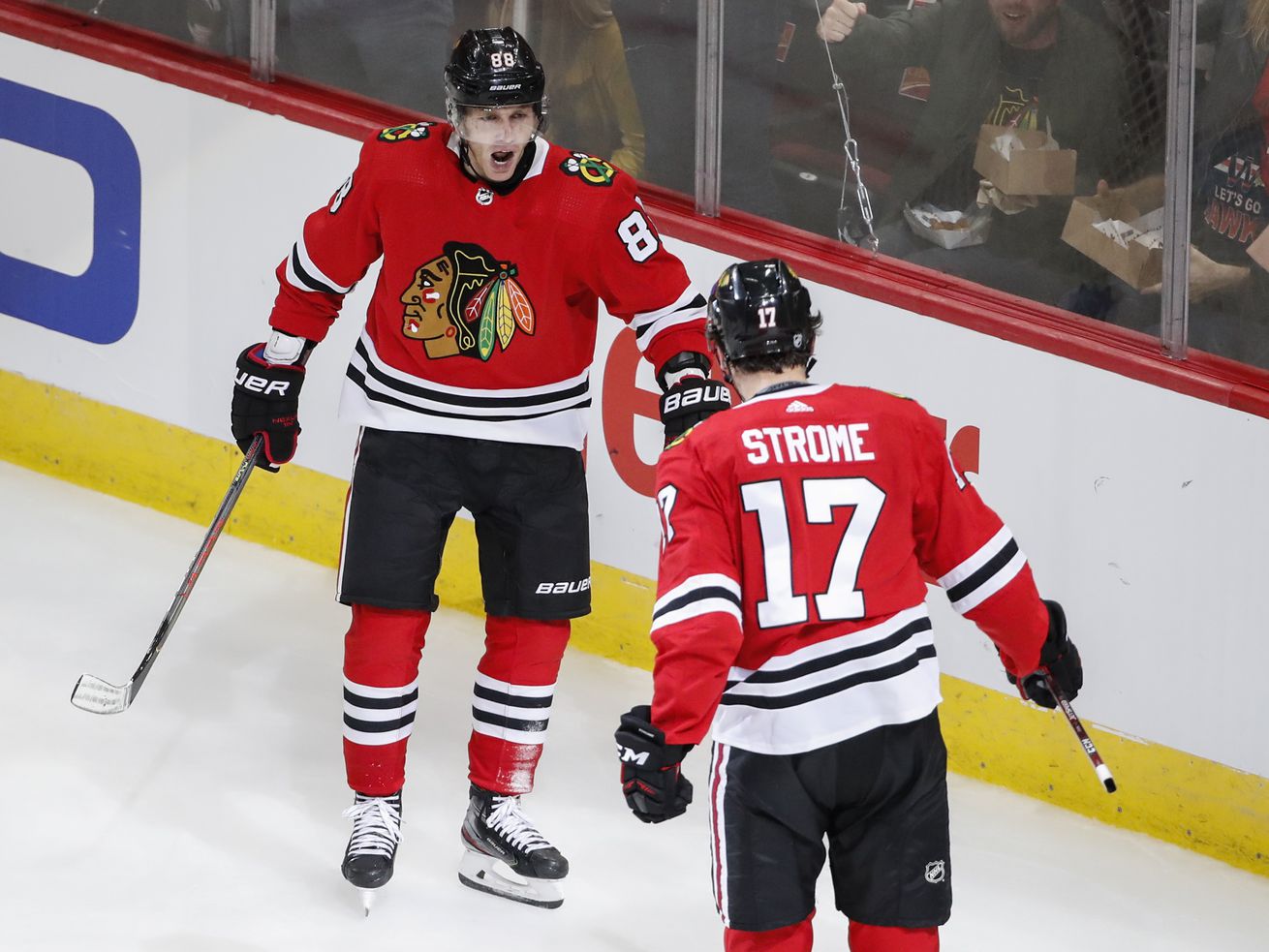 Externally, nobody expects much from this Blackhawks team. But the Blackhawks themselves disagree. | AP Photos

“You see rankings and stuff about our team, where people think our team is going to be projected, and we don’t believe that,” Malcolm Subban said.

Externally, expectations are extremely low for the Blackhawks’ 2021 season.

“Proving doubters wrong” was one of the most frequent buzzword phrases, albeit in various wordings, of the Hawks’ training camp interviews. Now, the pressure rests on the Hawks to back up their internal optimism with actual regular-season performances.

“A lot of people are doubting us this year, but in the locker room, we know we have a lot of good players,” Alex DeBrincat said on the first day of camp, setting the tone. “If we battle every night, we’re going to have a chance to win. For us, that’s our mentality: just work hard, not really listen to anyone on the outside and believe in ourselves.”

“You see rankings and stuff about our team, where people think our team is going to be projected, and we don’t believe that stuff,” Malcolm Subban added later.

Hockey players in general love to claim they’re immune to and unaware of the media coverage — positive and negative — their team receives.

But inevitably, some of that coverage does seep through onto the Hawks’ cell phones and laptops. And this January, the projections the Hawks have seen in those aforementioned “rankings and stuff” haven’t been pretty.

The Athletic put the Hawks 26th out of the NHL’s 31 teams in their preseason rankings. So did ESPN. Bleacher Report’s rankings slotted the Hawks 29th. So did NBC Sports’ list.

And Sportsnet was most bearish of all, ranking the Hawks 30th — below the Senators even.

The Hawks haven’t explicitly discussed their bottom-of-the-barrel placement in those power rankings, Dylan Strome said, but the overall aura of skepticism outside the walls of Fifth Third Arena and the United Center has nonetheless been felt by all.

“I don’t think we really need to talk about it,” Strome said. “It’s something that everyone reads and everyone’s been saying, so you can look at mock seasons and the rankings. It’s something we have to embrace. A lot of people are doubting us, and it’s going to be a fun process to see where we’re at. Maybe some teams will take us lighter than we deserve, and hopefully we can show them we’re still a good hockey team.”

The Hawks will be introduced to a team on the opposite end of the rankings Wednesday, when the Lightning raise their 2020 Stanley Cup Champions banner before dropping the puck in the season opener.

The Lightning open the season with 8-to-1 odds to repeat as Cup champs, with only the Avalanche better at 13-to-2. The Hawks? 66-to-1.

“These guys are only human,” coach Jeremy Colliton said. “You’re aware of how we’re perceived, whether that’s through media or fans or across the league. We’ve got something to prove and it’s a challenge …read more

Small numbers of protesters gather at fortified US capitols