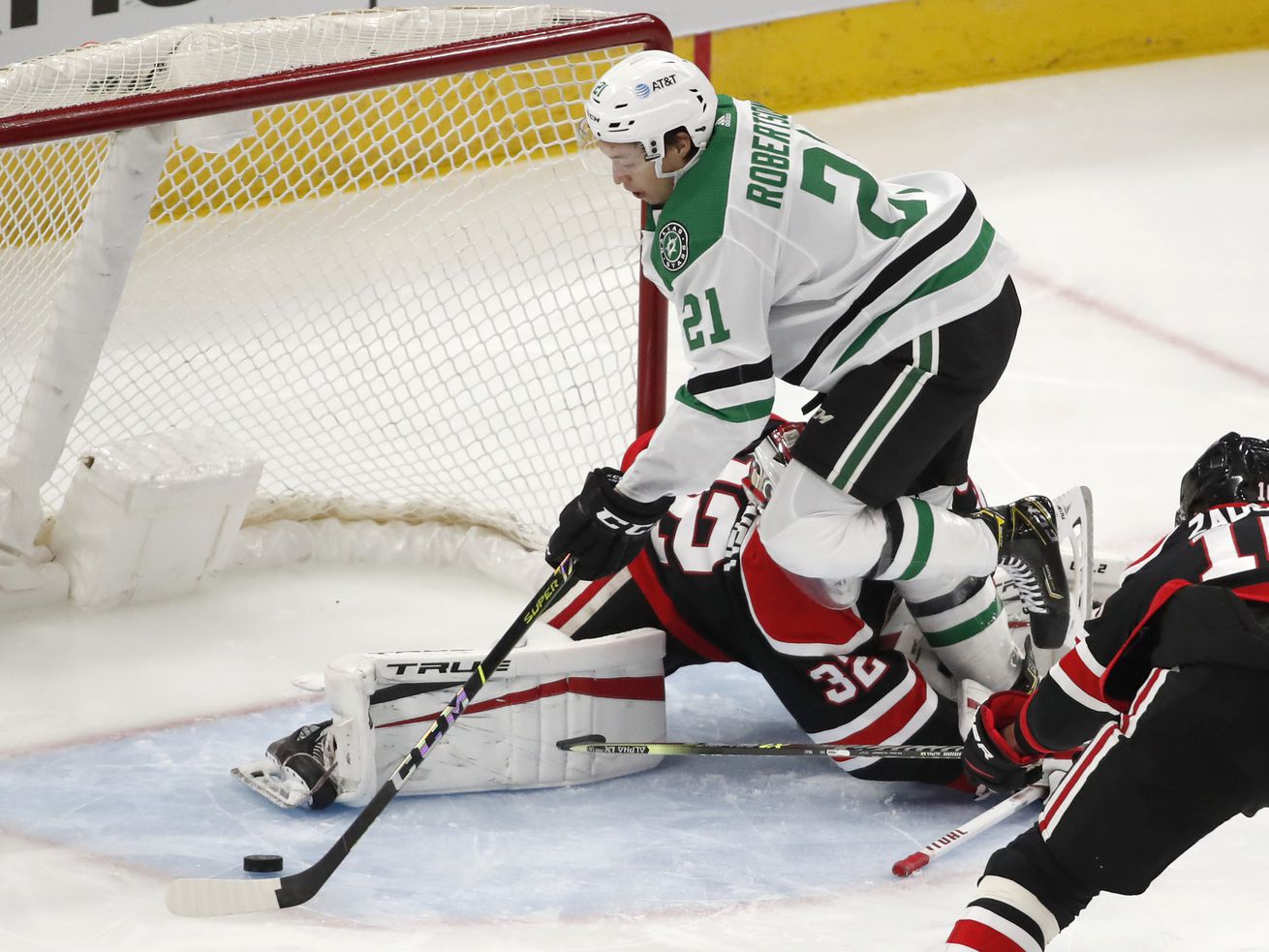 The Hawks are now four points out of a playoff spot for the first time since Jan. 21 after they lost to the Stars 5-1 and the Predators won 7-1 on Thursday.

The Blackhawks, increasingly filled with Panthers, lost Thursday to the Stars to fall further behind the Predators.

It’s a Central Division party all around — as this season’s format predestined it to be — but the party hasn’t been favorable to the Hawks on the ice lately.

A disastrous second period doomed to the Hawks to a 5-1 loss, ruining their chance for a home sweep over Dallas and concluding the team’s recent home-heavy stretch — during which eight of nine games were in Chicago — with a mediocre 4-5-0 record.

New straight-out-of-Florida addition Vinnie Hinostroza was the lone bright spot, setting up Dominik Kubalik’s first-period goal for his second point in as many games since returning to the Hawks.

Soon, he’ll be joined by two former Panthers teammates in Thursday trade acquisitions Brett Connolly and Riley Stillman, whom general manager Stan Bowman said he hopes will be available for the Hawks’ road series Saturday and Monday in Columbus.

But other than that storyline, Thursday was bleak for the Hawks.

The Stars broke a tie 1:13 into the middle frame with Jason Robertson’s goal off a brutal Nikita Zadorov turnover. They piled it on with Miro Heiskanen’s power-play blast, Blake Comeau’s breakaway snipe after an embarrassing Duncan Keith tumble and another Comeau goal set up by Roope Hintz after a sluggish Hawks line change.

The Predators, meanwhile, annihilated the Red Wings 7-1 in Detroit for their 11th win in their last 13 games.

They’ve pulled four points ahead of the Hawks for the division’s final playoff spot with 16 games remaining for each team. This is the first time the Hawks have been more than two points out of a playoff spot since Jan. 21, a week into the season.

What’s next as Congress ramps up investigations of Jan. 6