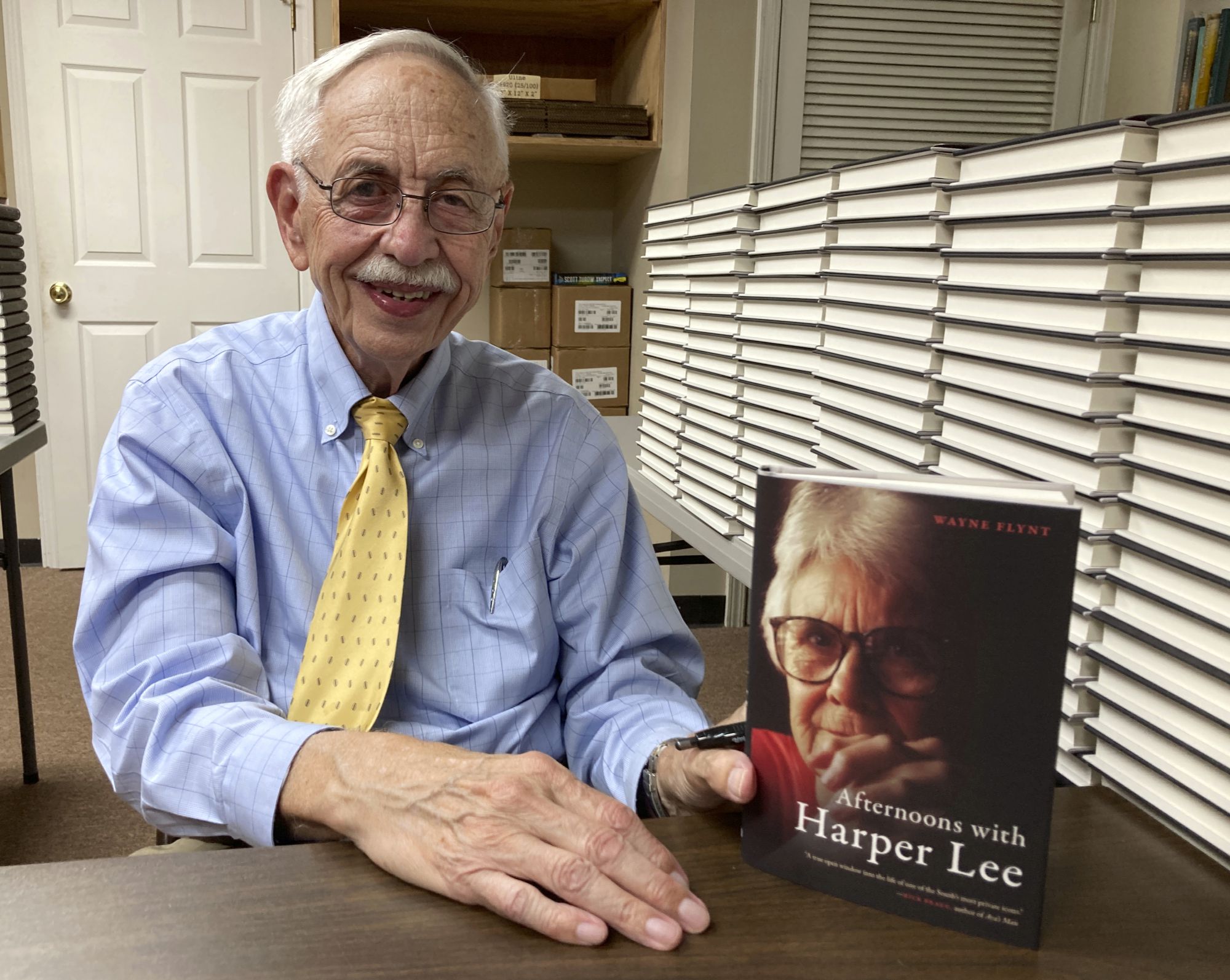 To the world, Harper Lee was aloof to the point of being unknowable, an obsessively private person who spent most of her life avoiding the public gaze despite writing one of the best-selling books ever, “To Kill a Mockingbird.” To Wayne Flynt, the Alabama-born author was his friend, Nelle.

Flynt, a longtime Southern historian who became close friends with Nelle Harper Lee late in her life, has written his second book about the author, “Afternoons with Harper Lee,” which was released Thursday with Flynt signing copies at a bookstore in suburban Birmingham.

Based on Flynt’s notes from dozens of visits with Lee over a decade before her death in 2016, the book is like sitting on a porch and hearing tales of Lee’s childhood and family in rural Alabama, her later life in New York and everything in between. That includes the time a grandfather who fought for the Confederacy survived the Battle of Gettysburg despite heavy losses to his Alabama unit, according to Flynt.

“I told her, ‘You know, half the 15th of Alabama was either killed or wounded or captured, and he got away? Is that just luck or the providence of God? What in the world is that?’” Flynt said in an interview with The Associated Press.

The public perception of Lee as a hermit is wrong, Flynt said. No, she didn’t do media interviews and she guarded her privacy zealously, but she also was warm and kind to friends that included a former first lady, Lady Bird Johnson, Flynt said. And Lee was “deeply religious” in a way many people aren’t, he said.

“It’s an attempt to tell the story of the authentic woman, not the marble lady,” Flynt said.

The book also is a tribute to Flynt’s late wife Dartie, who died in 2020. Lee, who suffered a stroke in 2007, seemed to identify with the physical travails of Dartie Flynt, who had Parkinson’s disease, Flynt said.

“I think she tolerated me because she loved Dartie,” he said.

Born in 1926 when the South was still racially segregated by law, Lee grew up in the south Alabama town of Monroeville, the daughter of a lawyer who served as a model for attorney Atticus Finch in “To Kill a Mockingbird,” a story of race, injustice and the law during the Jim Crow era. The town itself became Maycomb, the book’s setting.

Preferring football, softball, golf and books to small-town social affairs or college sororities, Lee’s well-known desire for privacy may have come in part from a feeling of being different from others growing up around her in the South, Flynt said.

“I think she occupied a world where she felt she was not like other girls,” he said.

A childhood friend of fellow author Truman Capote, Lee was rarely heard from in public after her partly autobiographical “Mockingbird” won the Pulitzer Prize in 1961 and was made into a hit movie. She mostly lived in an apartment in Manhattan, where …read more