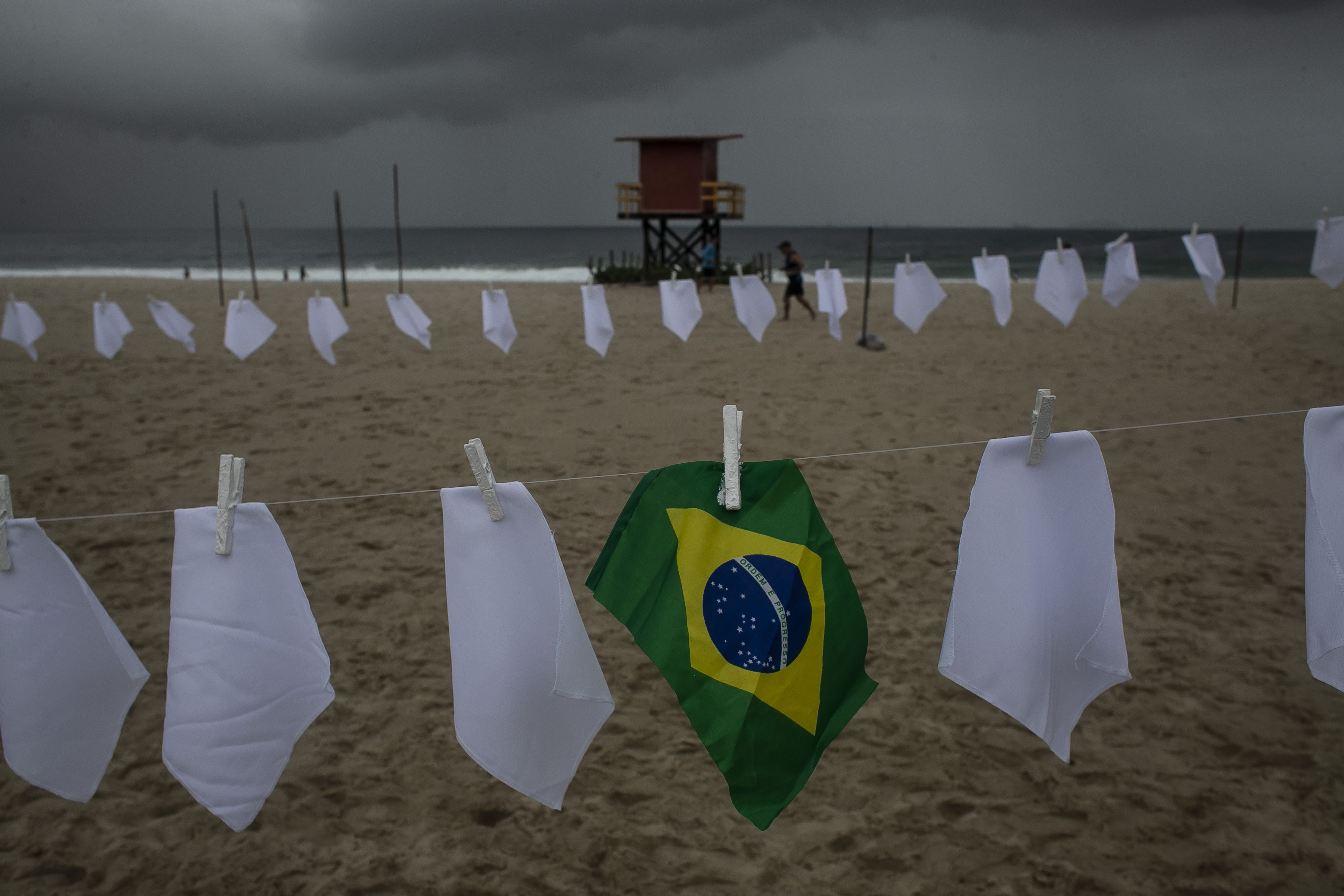 Mayors across Brazil are divided on whether to maintain end of year festivities and February’s Carnival, traditionally celebrated lavishly in all four corners of the vast nation, with some fearing that now-low COVID-19 infection rates could roar back.

Rio de Janeiro is moving forward with both New Year’s Eve and its legendary Carnival, each likely to attract millions of revelers. But others have opted for a more conservative approach: Several municipalities in Sao Paulo, Minas Gerais and other states cancelled Carnival altogether, including the street parties known as “blocos”.

The number of daily deaths and new infections from the virus are currently low and vaccination coverage is higher than in many countries — including the U.S. — but officials fear bringing large crowds together could reignite a disease that has already killed more than 600,000 in Brazil alone.

Officials in favor of maintaining events stress the importance of carnival for local economies that deeply suffered during the pandemic.

In Rio de Janeiro, Mayor Eduardo Pães has promised the largest-ever New Year’s Eve celebration, with multiple fireworks shows and artists performing on a dozen stages across the “marvellous city.”

Pre-sales for Carnival, held a few months later, are also open. Rehearsals of samba schools that will compete during the parade have resumed for the first time since the pandemic, filling the city’s streets with rhythm and joy.

Rio has one of the highest vaccination rates in the country, with nearly 100% of its adult population fully vaccinated.

The city of Sao Paulo has not ruled definitely yet, but in October, Mayor Ricardo Nunes spoke in favor of maintaining Carnival, which is expected to attract some 15 million visitors.

But as many as 70 other cities in the interior of Sao Paulo state have chosen to cancel the festival, citing either health reasons or lack of budget, according to online news site G1.

In the state of Parana, state lawmaker Cobra Reporter requested that Carnival be cancelled, stressing the obvious and “sad effects” of last year’s celebrations that helped spread the virus and the number of deaths both in the country and his state.

Brazil’s National Council of Health Secretaries told The Associated Press that decisions should be made based on scientific studies and on the state of the pandemic in each municipality.

In the absence of national guidelines, many mayors are still undecided, especially since cases and hospitalizations are rise in countries with similar vaccination coverage to Brazil’s, such as Germany.

In Belo Horizonte, capital of Minas Gerais state, the mayor said last week he could not force people to stay home, but that the city would not “sponsor” Carnival.

The mixed message brought criticism from state officials, who called for mayors not to shirk responsibilities. “The worst thing a city can do, is not to interfere in anything,” said Minas Gerais Gov. Romeu Zema on Nov. 23.

The position was echoed by his health secretary, Fábio Baccheretti: “Carnival will happen, we cannot …read more

Meet your Duval Co. Teacher of the Year semifinalists

USC football vs. No. 13 BYU: Live updates from the Coliseum

Why is Fremont kitten doing so much biting and scratching?