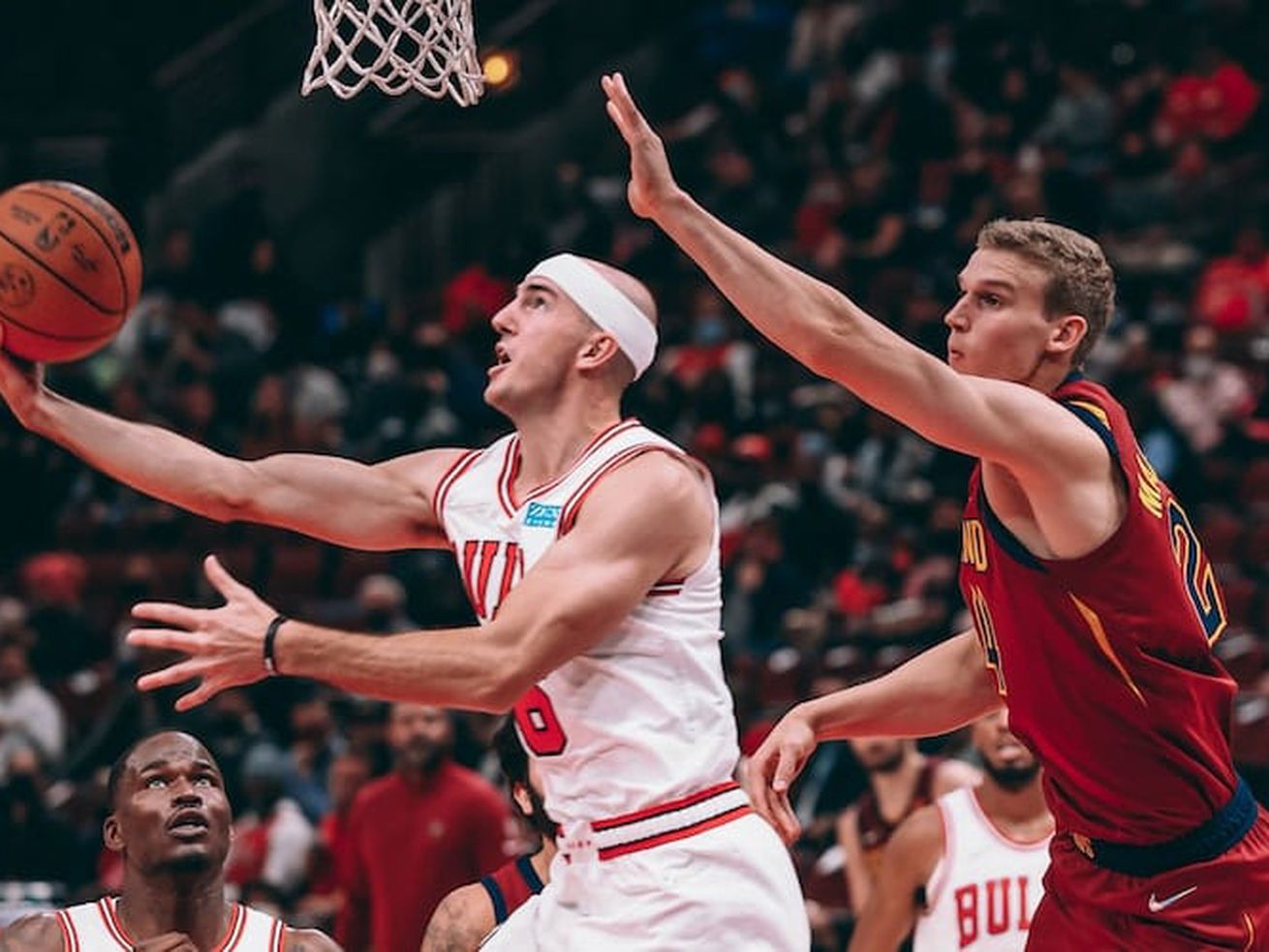 Caruso missed the blowout loss to the Pacers on Monday, dealing with a left wrist injury. He was back against the Rockets, and back in a more familiar role.

HOUSTON – The value of Alex Caruso was on full display over the last few weeks.

The value of not having him was on display Monday.

Before Nikola Vucevic went down, missing seven games in the health and safety protocol when he tested positive for the coronavirus, Caruso’s defense was the sole focus when discussing the Bulls.

Without the big man, however, the super sub’s versatility was really put to the test, and he passed with flying colors.

“He can kind of do a little bit of everything,’’ coach Billy Donovan said of Caruso. “That’s the thing that’s been great. When Vucevic went down we played [Caruso] at the power forward spot, played him as a back-up point, we’ve put him on the team’s best offensive player. We’ve had him guard guys in the post, play pick-and-roll, and he’s one of those guys that doesn’t necessarily need to score to impact the game.’’

So when Caruso was unable to go on Monday because of a bruised left wrist, all the Pacers did was man-handle the Bulls in one of the more lop-sided games of the season, 109-77.

Maybe. The Bulls were due for one of those let-down games after a long road trip, and then a physical showdown with New York on Sunday.

But they also looked much softer on defense without Caruso, and the ease in which the Pacers pulled away early seemed to show that.

“I appreciate his competitiveness and the way he plays the game,’’ Donovan said of Caruso.

The good news was Caruso was back against the Rockets. With Vucevic back as well, that meant Caruso was in his familiar role off the bench and Javonte Green was back in the starting lineup.

Donovan initially moved Caruso into the starting lineup during the West Coast trip to help with spacing.

As displayed in the win against the Knicks, as well as on the recent West Coast trip, the Bulls have proven to be one of the more efficient fourth-quarter teams so far this season.

A far cry from the frequent meltdowns that seemingly happened in the last four years, even with different rosters.

Veteran DeMar DeRozan said the explanation for the turnaround was an easy one.

“Just a complete understanding,’’ DeRozan said. “Something that started in training camp. When you’re with a group of guys where everyone understands their role to the best of their abilities, we’re able to come together in the fourth quarter and we’re pretty damn good at that.

The dunk by Derrick Jones Jr. last week in Denver was still floating around as a viral video, but the former dunk champion had a quick take on all the hype surrounding it.

Golden Globes 2021: The Complete List of Nominees | Entertainment Weekly
Joy of victory all that matters to Matt Nagy