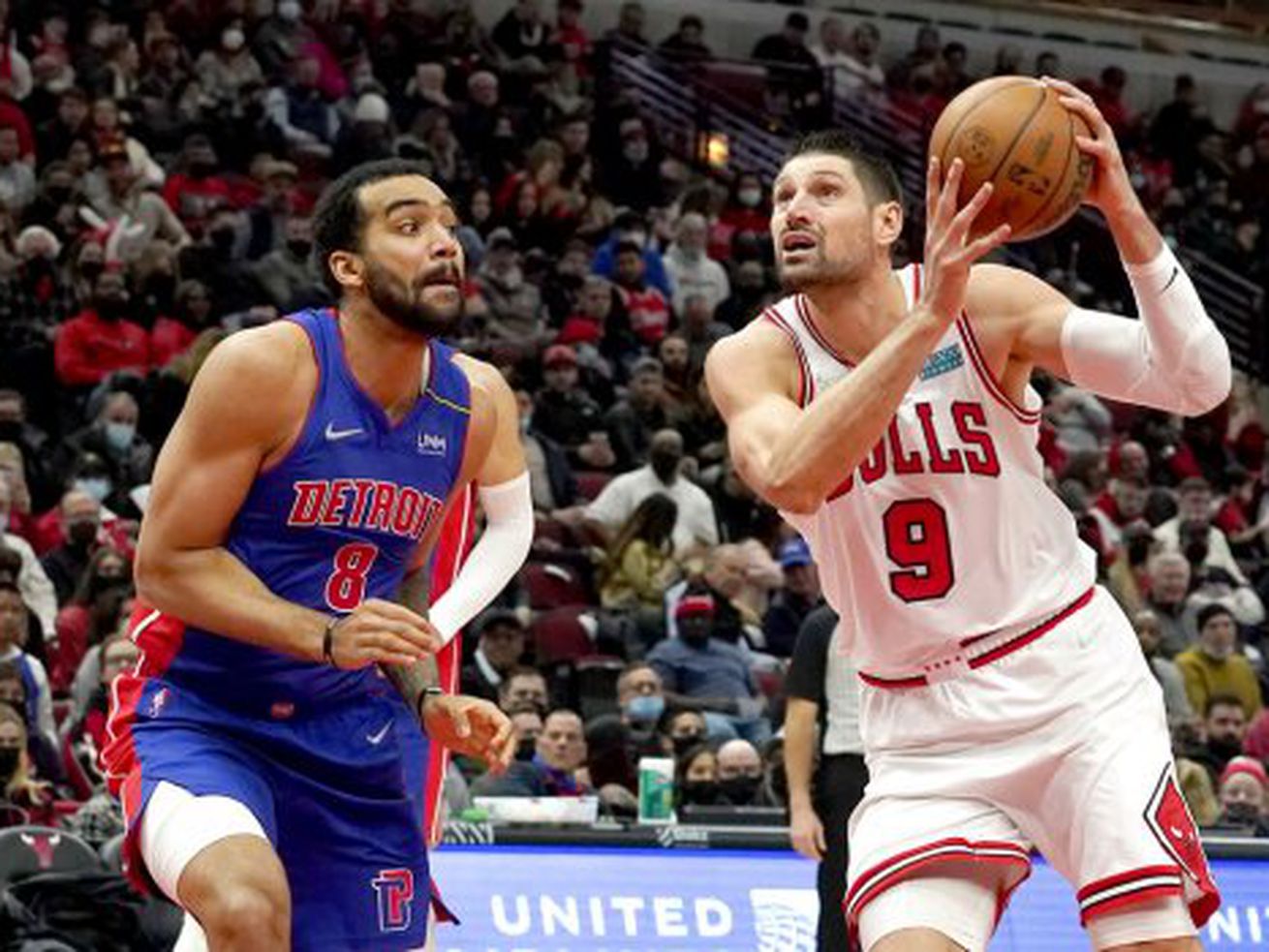 The first quarter wasn’t what coach Billy Donovan was hoping to see, but the Bulls put the slow start behind them, blowing visiting Detroit out of the United Center. Next up? The Nets come to town.

It could have been one of those nights.

A game in which the effort doesn’t have to be as determined, the details could be a bit overlooked.

After all, it was only the Pistons.

And on top of that, there’s what’s coming Wednesday night. Kyrie, “The Beard,’’ KD … the boys from Brooklyn, who have already felt the horns run through them in two previous meetings this season.

But that’s why this Bulls team is different. What could have been one of those nights was instead what it should be.

The top team in the Eastern Conference welcomed Detroit to the United Center, and treated them like the 9-30 team they were. Make that 9-31 after the 133-87 beat down.

So much for the trap game.

Not that it didn’t look like a lethargic start early on. Coming off an unlikely win over Utah the night before, Detroit came out looking to play David for a second-straight game. For about eight minutes they did, grabbing an eight-point lead over a home team that didn’t look very interested in controlling the boards or contesting shots.

It doesn’t take much to get this group engaged, however, and credit rookie Ayo Dosunmu for the latest charge.

“Our team responded when he was out there with some of the plays that he made,’’ the Bulls coach said of Dosunmu’s play. “I thought when he came off the bench we got right back into the game.’’

The entire bench helped that process, led again by Coby White, as the Bulls outscored Detroit 33-25 in the second, and did so by shooting a ridiculous 67% from the field.

Unfortunately for the Pistons, the barrage was only getting started.

Whatever was discussed in the halftime locker room resonated, as the Bulls came out for the third understanding that play time with the little kids next door was over. The Pistons weren’t just taken to the woodshed for 12 minutes of basketball, they were left to rot there.

Thanks to 16 points from Nikola Vucevic in that third quarter, as well as a recommitment to chaotic defense, the Bulls outscored Detroit 36-14. What also stood out in that quarter of dominance? How about outrebounding the visiting team 22-8, while holding them to 4-of-21 from the field?

“I’ve got a lot of confidence in Vooch,’’ Donovan said of his big man’s slow start and response. “He’s a guy that can course correct in a game. He just kind of figures things out. He got everything involved that he can do offensively in that third quarter.’’

Vucevic finished with 22, while the Bulls (27-11) only needed 20 points from DeMar DeRozan and 10 from Zach LaVine. LaVine, however, did finish with nine rebounds and seven assists.

Overall, it was a performance that was not only welcomed, …read more