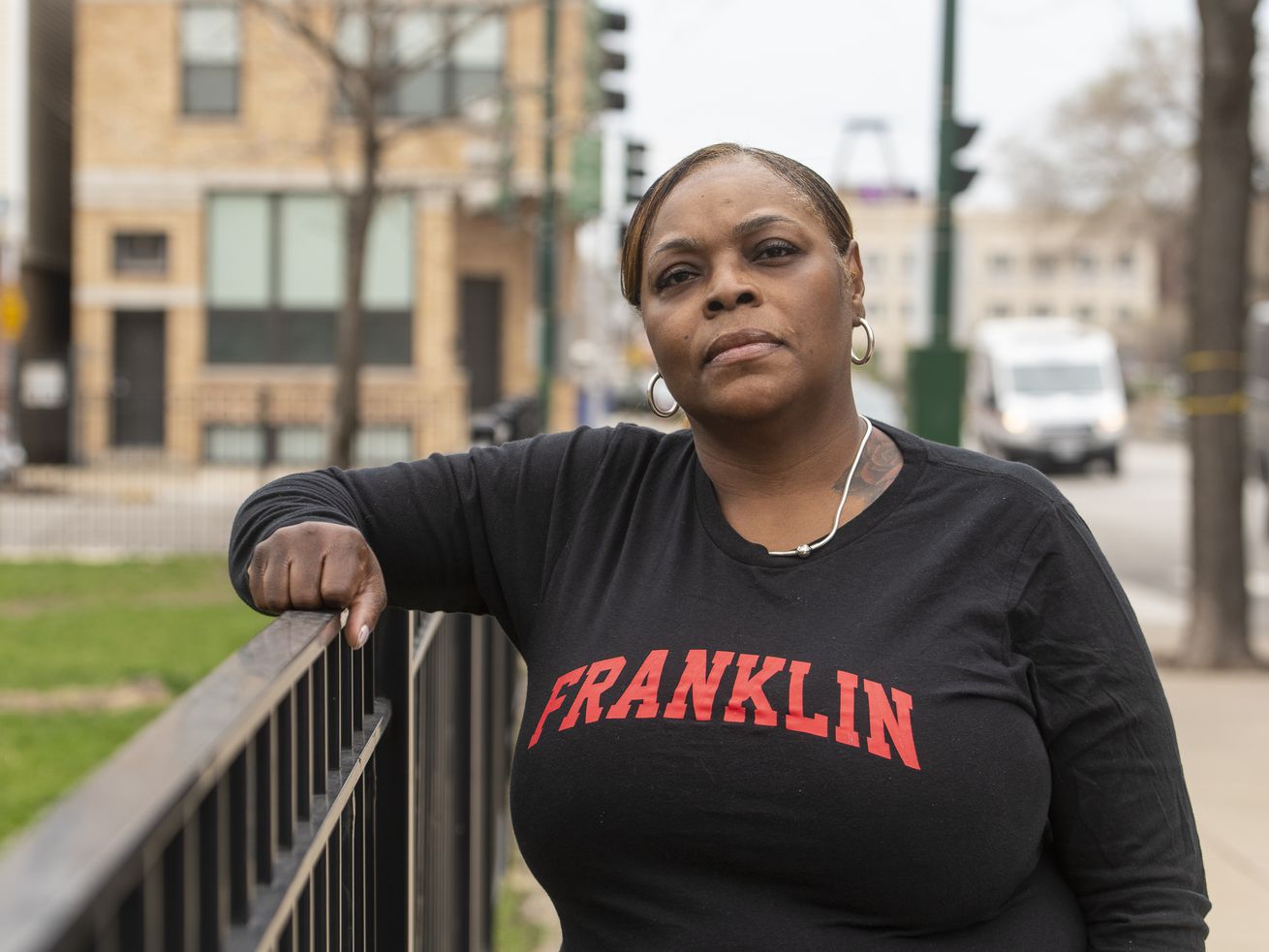 Lunchroom manager Faye Jenkins, who hasn’t been back to work in a year, accused the district of failing to protect her from former Franklin Principal Kurt Jones despite a series of past misconduct complaints.

An elementary school cafeteria worker said she suffered persistent headaches for months and was eventually diagnosed with a brain aneurysm after her ex-principal, who faces a criminal trial next month, threw a water bottle at her head last spring.

The Chicago Public Schools lunchroom manager is now suing over her injuries, accusing the school district of failing to protect her from the former principal despite a series of past misconduct complaints.

Kurt Jones, the former leader of Franklin Fine Arts Center in Old Town, was charged with a felony last June, three months after the incident that left cafeteria worker Faye Jenkins with a bloody cut above her eye.

During the first week of pandemic school closures in March 2020, Jenkins and other workers were cleaning up after their meal distribution program wrapped for the day when Jones — who later said he and the staff was “horsing around” and “playing dodgeball” — threw a hard, reusable plastic water bottle at Jenkins, striking her in the face.

The Chicago Sun-Times first reported details of the incident as well as several additional allegations that Jones had created a toxic environment for parents, students and staff.

Given these previous complaints, the school district “knew, or reasonably should have known, that [Jones] was demonstrating a pattern of inappropriate and improper conduct towards both his students and employees,” Jenkins alleged in a nine-page, four-count complaint filed in Cook County Circuit Court last month against Jones, CPS and the Board of Education.

Schools officials “did nothing to thwart his behavior or otherwise investigate its nature prior to the aforementioned battery,” the suit said, accusing the district of “a willful and conscious decision to ignore ongoing complaints and allegations.”

The lawsuit, which seeks unspecified monetary relief, accused Jones and CPS — as his employer at the time — of battery, and the school district of failing to remove him from his position based on previous allegations before Jenkins was hurt.

Pat Nabong/Sun-Times
A person jogs past the Franklin Fine Arts Center in the Near North Side on June 23, 2020.

Jenkins said in an interview she’s “not sure, basically, if I’ll ever be 100% again.” She hasn’t been back to work since last spring because of her nagging headaches and concussion, and in January Jenkins underwent surgery for her aneurysm, she said.

“I miss work. I’ve been working at that school for 17 years. I just feel this is something that should never have happened,” Jenkins said. “The kids were who I was there for. I miss Franklin, I really miss being there because …read more

The Latest: Michigan pushing for more vaccines amid spike