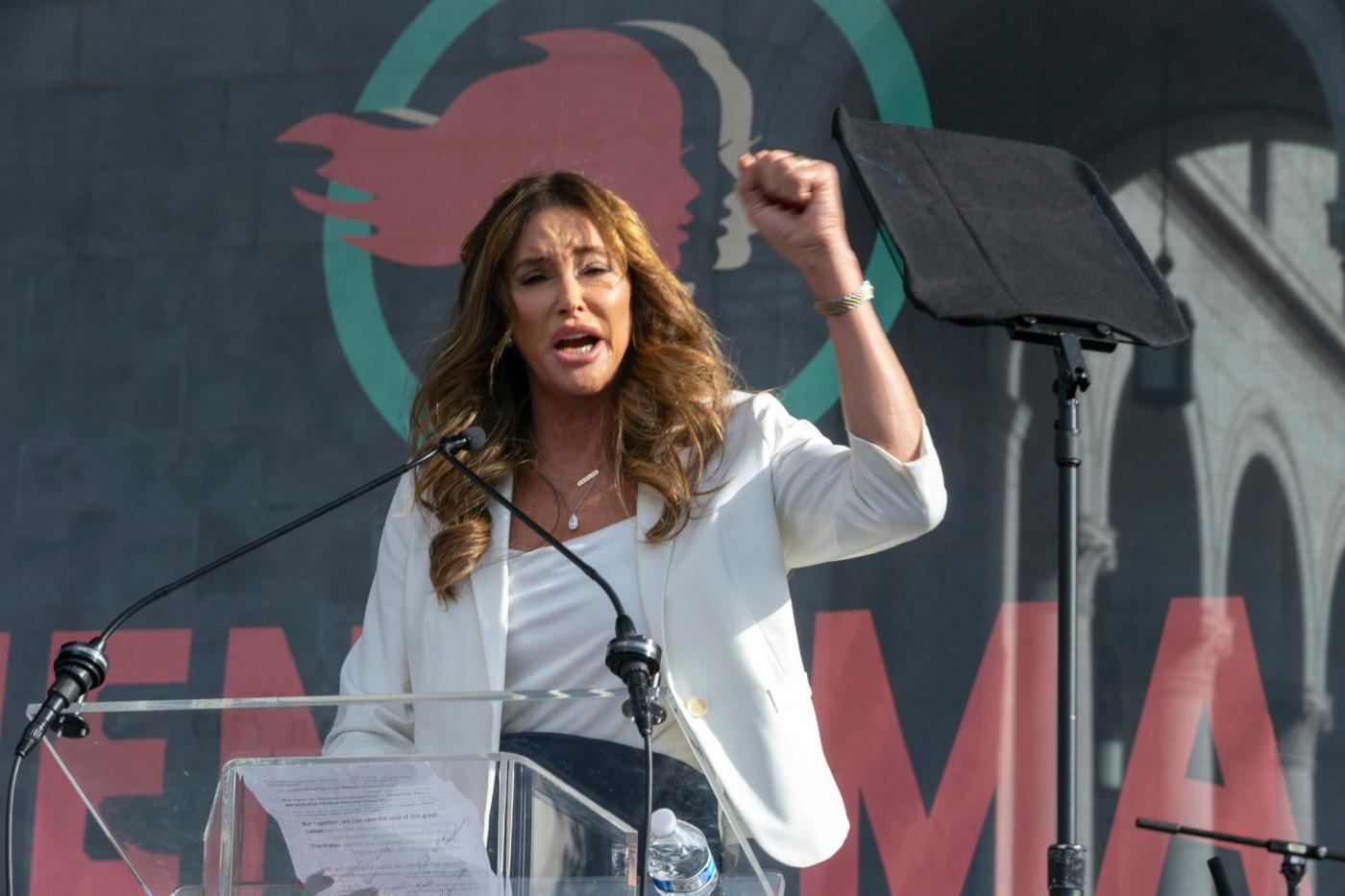 LOS ANGELES >> Gubernatorial candidate Caitlyn Jenner aired her first campaign video on Tuesday, May 4, in an effort to unseat Gov. Gavin Newsom, a slickly produced three-minute ad in which she termed herself a “compassionate disrupter” and cast Newsom as an elitist who has presided over a general decline in the quality of life for Californians.

Drawing heavily from Jenner’s status as the 1976 Olympic gold medal winner in the decathlon, the ad shows her standing atop a mountain while touching on the state’s ordeal amid the coronavirus pandemic.

“I want to carry the torch for the parents who had to balance work and their child’s education, for business owners who were forced to shut down, for pastors who were not able to be with their congregation … for students who lost an entire year of education,” Jenner says.

“This past year has redefined our career politicians as elitist and the people of California as the warriors, the kings and the angels.”

Jenner, a Republican, is scheduled to appear on Fox News host Sean Hannity’s program Wednesday night in an interview conducted in Malibu.

Newsom has criticized the need for a special recall election, calling it a “waste of time” and money because the 2022 gubernatorial primary will be a few months later.

Newsom and his allies have tried to link recall supporters to former President Donald Trump, who is extremely unpopular in California.

Cox spoke to reporters in California’s capital about the need to replace Newsom, who he referred to as a “beauty,” with himself, “a beast,” he said. This was punctuated with a literal 1,000-pound bear lumbering and appearing disinterested in human politics behind Cox.

“I was disappointed and appalled to see gubernatorial hopeful John Cox parade a live bear to his press conference in Sacramento today,” he said.

“Two years ago I introduced SB 313, which was signed into law and bans the use of wild animals in circuses. While the letter of the law pertained to circuses, the spirit of the law protected animals, such as Kodiak bears, from being used in events as props, such as Mr. Cox’s publicity stunt,” Hueso continued.

Senate Bill 313 was signed into law in 2019 by Newsom and protects wild or exotic animals by prohibiting any person from sponsoring, conducting, operating or participating in a circus that uses any animal other than a domestic dog, domestic cat or domesticated horse.

Photo of the day: Remembering those who gave the gift of life

Harriette Cole: Should I give up my sports scholarship because of my family?