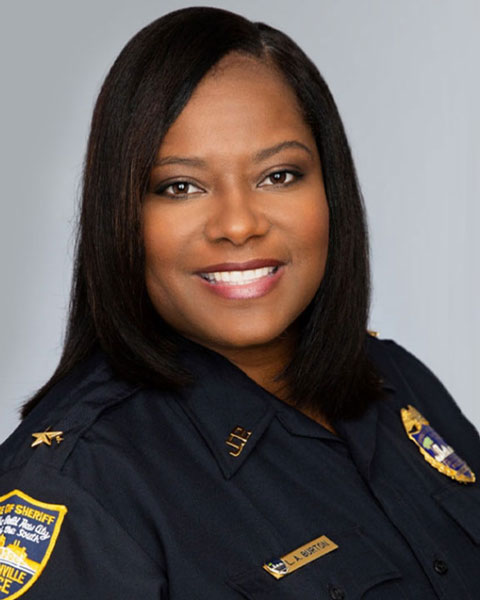 Over the past month, you’ve seen them one-by-one on News4JAX making their pitch to become Jacksonville’s next sheriff, but on Wednesday, all five candidates will appear together during a News4JAX-Jacksonville University Public Policy Institute debate.

The sheriff’s debate goes live Wednesday at 8 p.m., and you can watch here on News4JAX.com, on the News4JAX+ smart tv app and on Channel 4, The Local Station.

Jacksonville elections are unitary, meaning all Duval County voters of any or no party can cast ballots in this race in August, with the two candidates receiving the most votes advancing to a second election — essentially a runoff — in November.

We sent a questionnaire to each candidate asking about their background and views on several issues. We’ve published their responses in an article included in the News4JAX Voter’s Guide.

The candidates for sheriff have appeared in interviews with our reporters and on This Week In Jacksonville with Kent Justice. If you missed any of those interviews, let us get you caught up:

This Week In Jacksonville

ICYMI: ‘We have to get back to serving the people’: Lakesha Burton says changes needed in Jacksonville policing

ICYMI: Candidate Ken Jefferson: ‘I intend to be a totally, unequivocally, 100% transparent sheriff’

ICYMI: ‘We owe it to the public to be transparent’: Sheriff candidate Wayne Clark promises to release body camera footage

Below is a little bit about each candidate. A more thorough background of the candidates can be found by following this link.

Olivia Newton-John, who played Sandy in ‘Grease,’ dies at 73