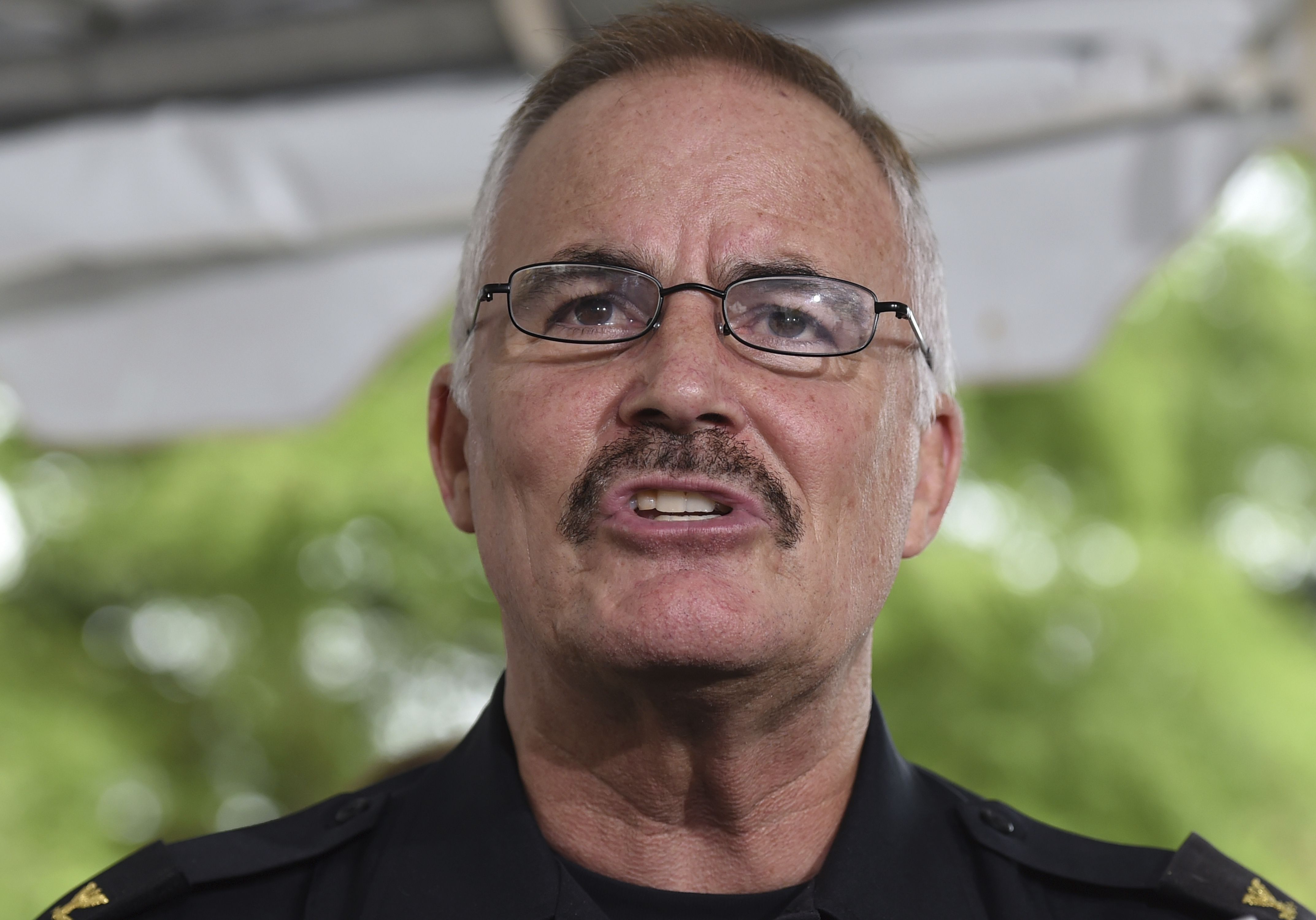 A former police chief in Maryland and Virginia, J. Thomas Manger, is the new chief of the U.S. Capitol Police, congressional officials announced Thursday. Manger will take charge of the department in the aftermath of the violent Jan. 6 insurrection in which supporters of former President Donald Trump easily overwhelmed law enforcement and stormed the building.

The heads of security for the House and Senate, who oversee the Capitol Police, said in a statement that Manger had been appointed after nationwide recruitment and that they are “confident in Chief Manger’s experience and approach in protecting the Congress – its Members, employees, visitors and facilities.”

Manger will assume his duties on Friday, the release said. His selection was first reported by The Associated Press on Monday.

In a statement, Manger said he is “humbled and honored” to join the department.

“The challenges in protecting the Capitol campus, and everyone who works or visits there, have never been more complex,” he said. “The courage and dedication of the men and women of this agency were on great display on Jan. 6th. It is now my job to ensure that they have the resources and support to continue to fulfill their mission in an ever increasingly difficult job.”

The decision comes as the Capitol police and other law enforcement agencies are struggling to determine the best way to secure the Capitol and what direction to take the 2,300-person force that guards the building and the lawmakers inside it and functions as mashup of a national security agency and local police department.

Cardinal, 9 others on trial at Vatican in money scandals

Manger served as chief in Montgomery County, Maryland, just outside Washington, from 2004 to 2019. Before that, he led the Fairfax County, Virginia, police department. Those jobs, as well as a leadership position in the Major Cities Chiefs Association, have made him a familiar face in Washington law enforcement circles and on Capitol Hill.

He will replace acting chief Yogananda Pittman, who was elevated to the role after the agency’s top official, Steven Sund, was forced out a day after the rioting.

Golden Globes 2021: The Complete List of Nominees | Entertainment Weekly
With COVID surge, US to keep travel restrictions for now