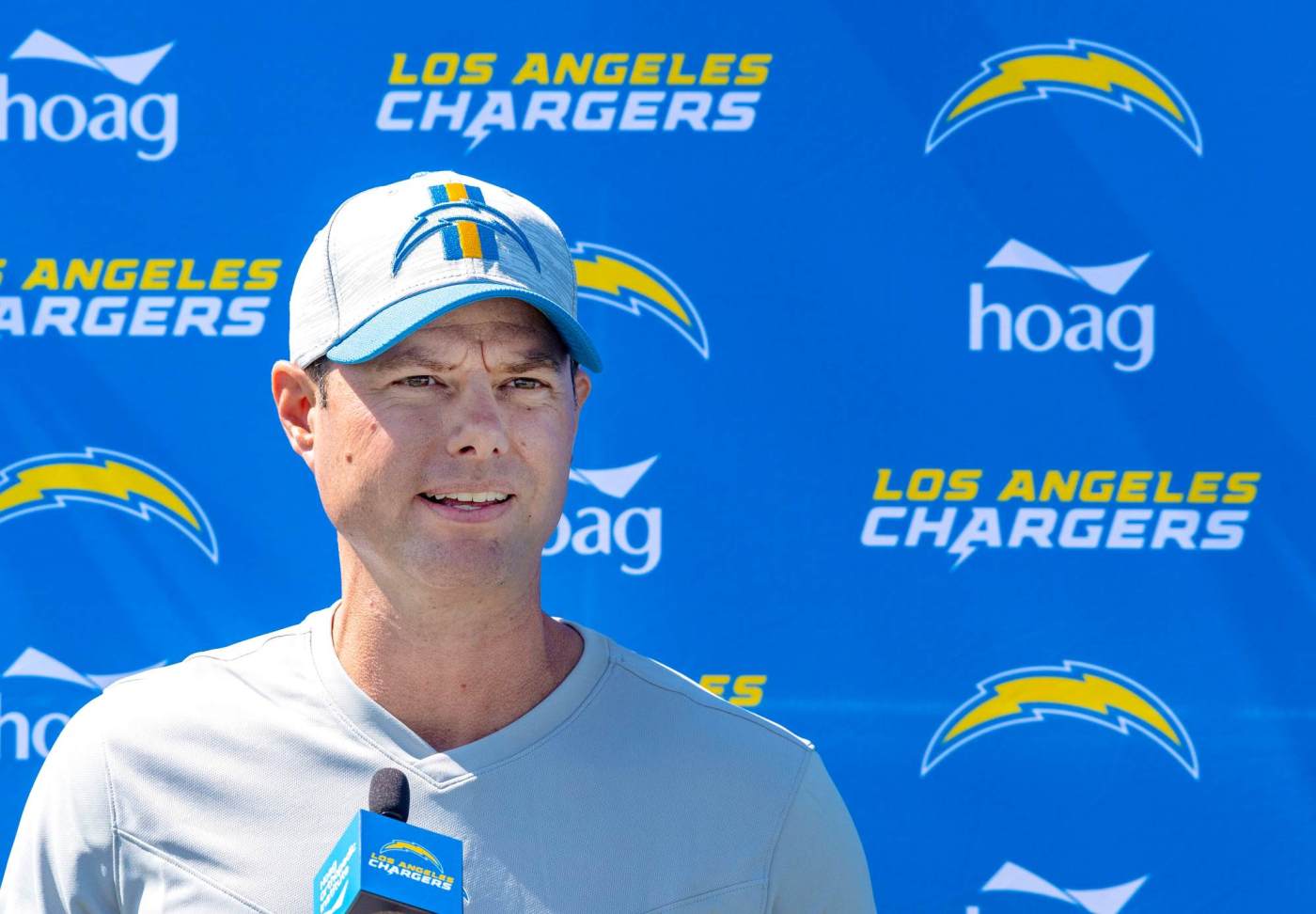 COSTA MESA — Brandon Staley quickly established trust as a first-time head coach with the Chargers because he made building relationships and listening to others priorities, two facets occasionally overlooked in most work settings.

It sounds simple and obvious, but when Staley reiterated those values Wednesday, it was refreshing to many to hear a person of power in the NFL speak in that way.

Staley focused on the hardship people endure just for having a different skin color and/or sexual orientation when asked about Jon Gruden’s resignation as the Raiders’ head coach for sending racist, homophobic and misogynistic emails in 2011.

“I think that respect and trust in this world are really, really difficult to achieve,” Staley said. “I think about all of the people affected by those emails, whether you’re a person of color, your gender, or your sexual orientation – the people affected by those emails, that’s who I’m thinking about. It’s a sacred mantle for someone to call you coach or for someone to call you a leader.

“Trust is really, really hard to achieve in this world – it’s really, really challenging to achieve, especially with people in those groups that I just mentioned. People are really guarded and they’re skeptical of people because of emails like that. I think that kindness, lifting people up, respecting people that you don’t know, I think that’s such a big part of our thing here. Listening to people and learning about people, because I think that what you’ll discover is that we have so much more in common than not.”

Staley’s value for listening showed when he acknowledged the lack of trust minorities have in people of power, who tend to be white men in the NFL. Staley, a white man, might not understand what minorities deal with on a daily basis, but he’s creating change by simply listening and having respect for others.

“For someone like me, it’s just incumbent upon you to set the example every single day, so that people that were talked about in those emails don’t need to feel that way,” Staley said. “They shouldn’t feel that way. Hopefully, all of us can learn from this. It’s about bringing people together for me, so that people can become the people that they dream about.

“For me, leading this football team, hopefully, we can be a light for those people in those emails, that not everybody is like …read more

Golden Globes 2021: The Complete List of Nominees | Entertainment Weekly
Julio Urias’ next start for Dodgers will be NLCS Game 4 or 5