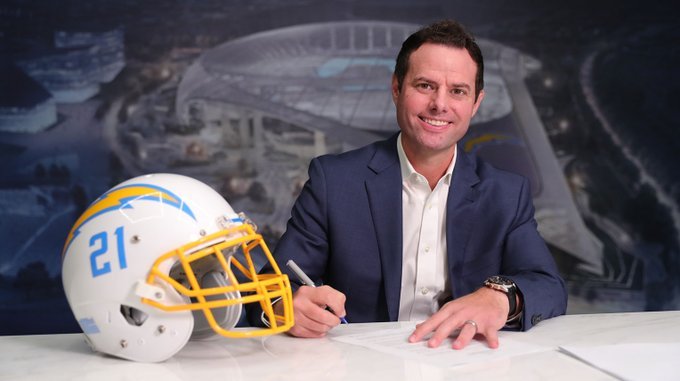 Brandon Staley has boldly made the treacherous commute from his home in Thousand Oaks to his office in Costa Mesa since being hired as the Chargers’ head coach in January. But the former Rams defensive coordinator finally has a move-in date for a home in Orange County.

Staley will no longer battle 101 Freeway traffic on a daily basis, but now he has to settle on selecting a left tackle or cornerback with the Chargers’ first-round pick for the NFL draft April 29. That’s if Chargers general manager Tom Telesco and his scouting team value offensive tackles and cornerbacks just as much as the new head coach.

Obviously, it will be a collective decision. The Chargers don’t have to take an offensive tackle or cornerback with the 13th overall pick, but it’s clear the team has needs at those positions and Staley wants as many as he can get.

Needs and talent – judging from most draft experts’ predictions – say the Chargers will likely take an offensive tackle or cornerback when they’re on the clock at No. 13. Offensive tackles Penei Sewell and Rashawn Slater and cornerbacks Patrick Surtain and Jaycee Horn are highly rated players, but they also could go in the top 12.

The Chargers could also consider versatile offensive lineman Alijah Vera-Tucker, who played left tackle for USC last season, but is regarded as a better offensive guard by most draft pundits. Or the Chargers could bet on cornerback Caleb Farley’s skillset and hope that he’s fully recovered from back surgery.

But in this scenario with Vera-Tucker and Farley, along with other top offensive tackles and cornerbacks, the Chargers will need to ask themselves if they’re reaching for needs or trusting their draft board. The Chargers have been known for drafting the best player available, and Alabama wide receivers Jaylen Waddle and DeVonta Smith could be enticing prospects if available at No. 13.

Staley and the Chargers have a few more weeks to decide what to do in the first round, but it seems like Staley wants to see at least an offensive tackle and cornerback taken with two of their nine overall picks in the draft.

“There is certainly a hole there right now,” Staley said about finding a starting left tackle. “We feel like we have some tackle prospects on the roster that can certainly play there, but it’s going to certainly be a position that we need to address before July. As you know, there are a lot of ways to address it within the draft, free agency, trades. So, there are a lot of different ways that you can do that.

“That’s going to be a piece that we need to fill before July and we’re excited to do it, but we really like the way we started in free agency with the interior of our line.”