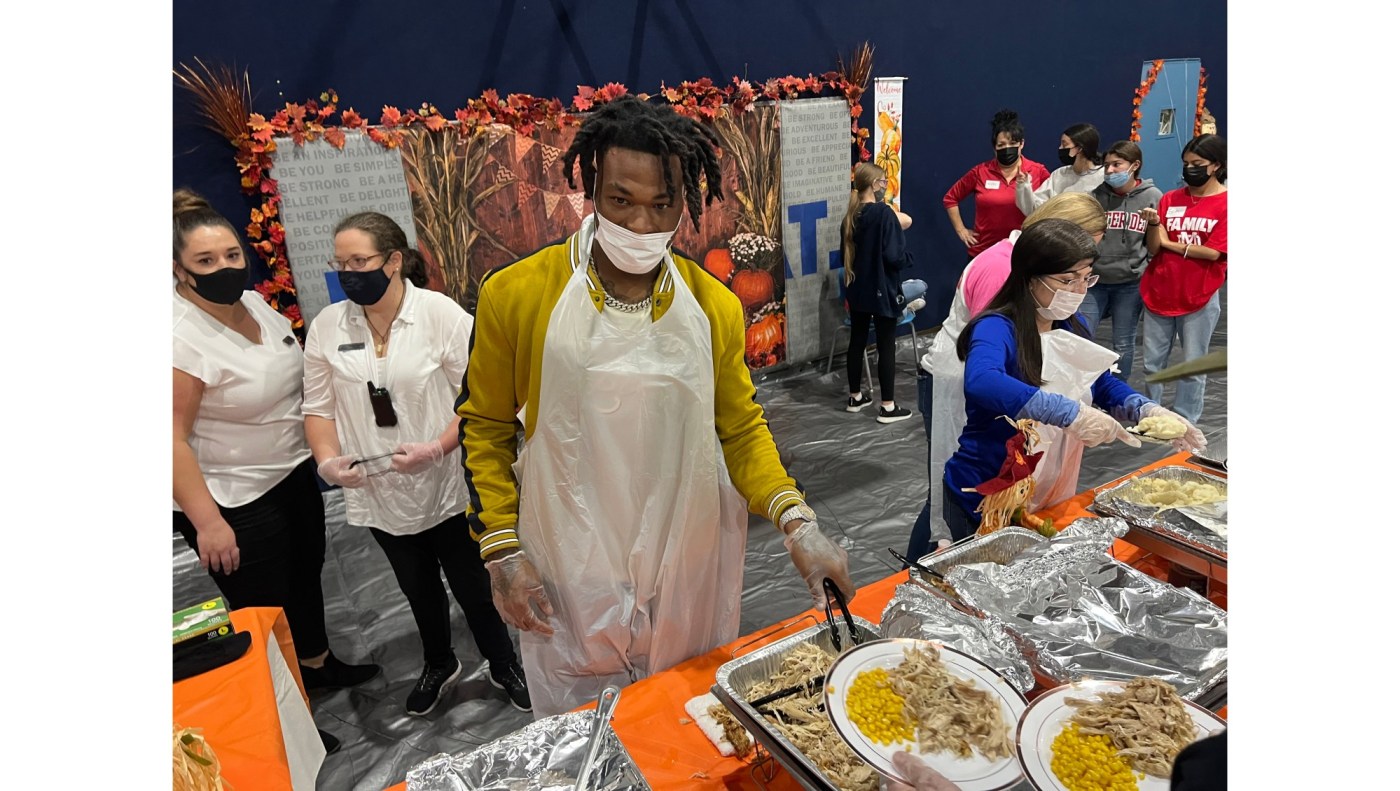 SANTA ANA — Chargers safety Derwin James wanted to continue Casey Hayward’s tradition of serving Thanksgiving meals to low-income families in Orange County because he remembers the joyous interactions he had at the dinner line.

James hosted his own Thanksgiving event Tuesday at the Boys and Girls Club of Santa Ana and distributed more than 175 meals to families who are struggling this holiday season because of high inflation prices.

“Casey started it my rookie year and that’s how I got involved with it and I was a guy who always believed in Boys and Girls Club,” James said. “I attended a Boys and Girls Club. I wanted to connect and help families as much as I can.”

James said NFL players never visited the Boys and Girls Club he attended in Florida, and he noticed how impactful his presence was to the families he served during Hayward’s holiday events. Hayward joined the Las Vegas Raiders in the offseason after playing five seasons with the Chargers.

“These families, they’re going to remember this forever,” James said. “I feel like taking 30 minutes or an hour out of your day could change somebody’s life.

“Sometimes (NFL players) feel like they’re too busy to get out on our off day or don’t have time. You’re never too big or too busy. Get out and help people and show people you really care. That’s what I feel like we need to do as athletes, especially in our position.”

James served turkey and corn at the food line with his 5-month-old son nearby. He also took pictures with families and traded youth football stories with them.

“I wasn’t always on the list to go to Boys and Girls Club because I didn’t want to be stuck there all the time, but I always went to the Boys and Girls Club after school because all my friends were there,” James said. “It was a lot of fun and I wanted to come out today and show some love and some support.”

Chargers edge rusher Joey Bosa reached out to Samuel after he sustained his first concussion and planned to do so again because he knows how scary the symptoms of the head injury can be.

Bosa was open with reporters last season on what he experienced after two concussions. He’s also been an advocate for mental health the past few seasons.

“After his first one, I made sure to let him know that it was a real tough time for me,” Bosa said about Samuel. “It’s important to talk to somebody if you’re feeling depressed or feeling down about anything. … It’s definitely serious. I hate to see that.

“There were a lot of nasty hits (Sunday) night. It makes me cringe watching that stuff. I can watch any injury, but a hit to the head always makes me cringe. I’ll definitely talk to him again because having a couple …read more

Man locked up because of mistaken identity sues Hawaii