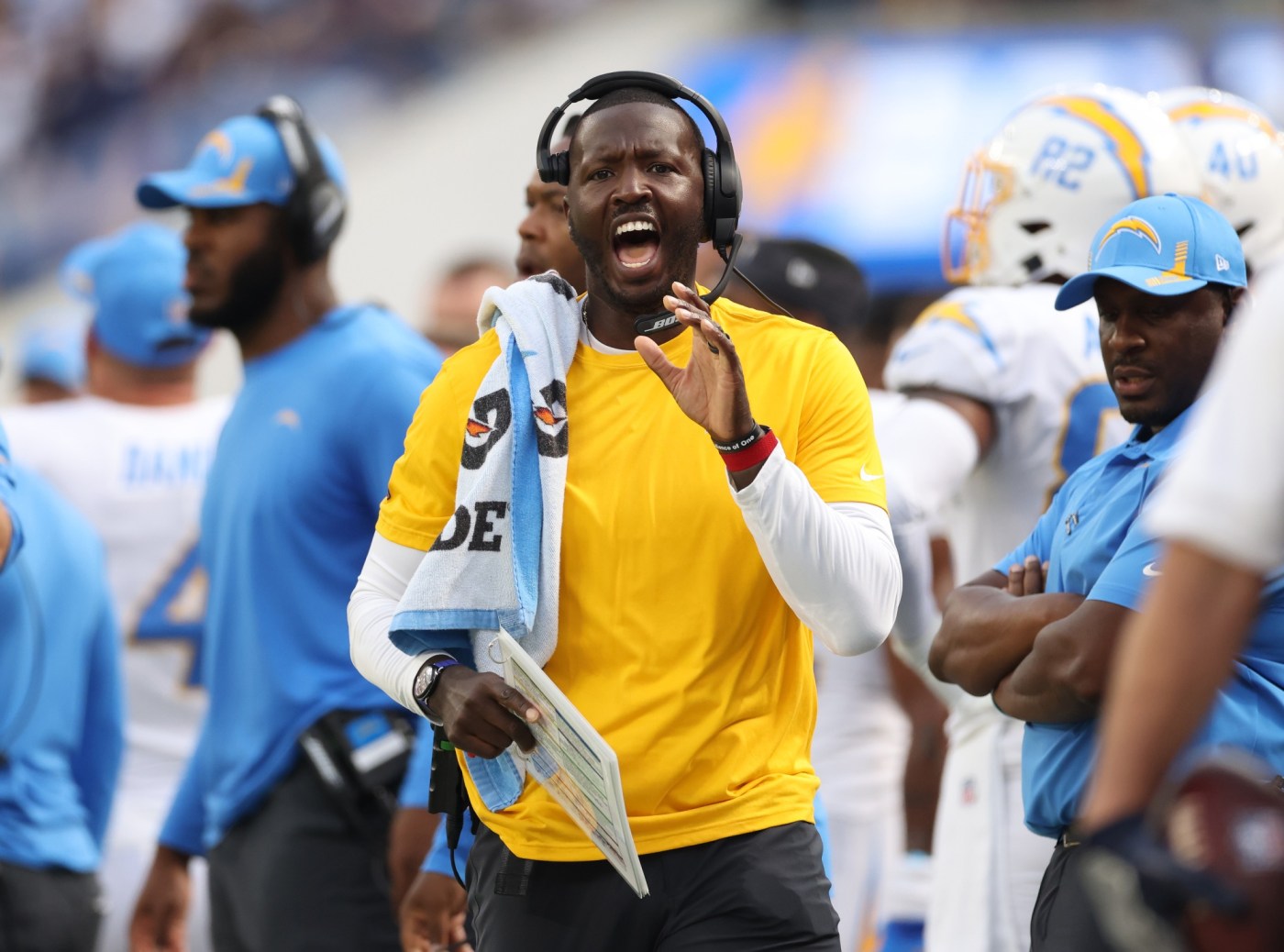 The Chargers fired Derius Swinton II after one season as the special teams coordinator.

Chargers coach Brandon Staley informed Swinton of his decision Thursday. The move comes as a surprise after Swinton made improvements to a unit that mightily struggled the prior season.

The Chargers’ special teams had a rocky start to the 2021 season with many inexperienced players filling in vital roles, but made strides in the second half of the season after the arrivals of kick returner Andre Roberts and kicker Dustin Hopkins.

“I think it’s a lot like on defense, it’s a work in progress,” Staley said about the special teams in his end-of-season news conference this week. “I think that there was progress made. I think there’s a lot of work to do in terms of being a consistent team and being the type of team that we expect to be.

“I think, like you said, a lot of it is teaching and development, getting people in the right roles, establishing the depth that you need on teams in order to be successful. I think that it’s a work in progress. I think that we definitely made improvements in trying to create a culture there, but there is a lot of work to do.”

This story will be updated soon

Whicker: Chargers and Raiders never were fit to be tied

Ask Amy: I think I found her real father. What do I do now?