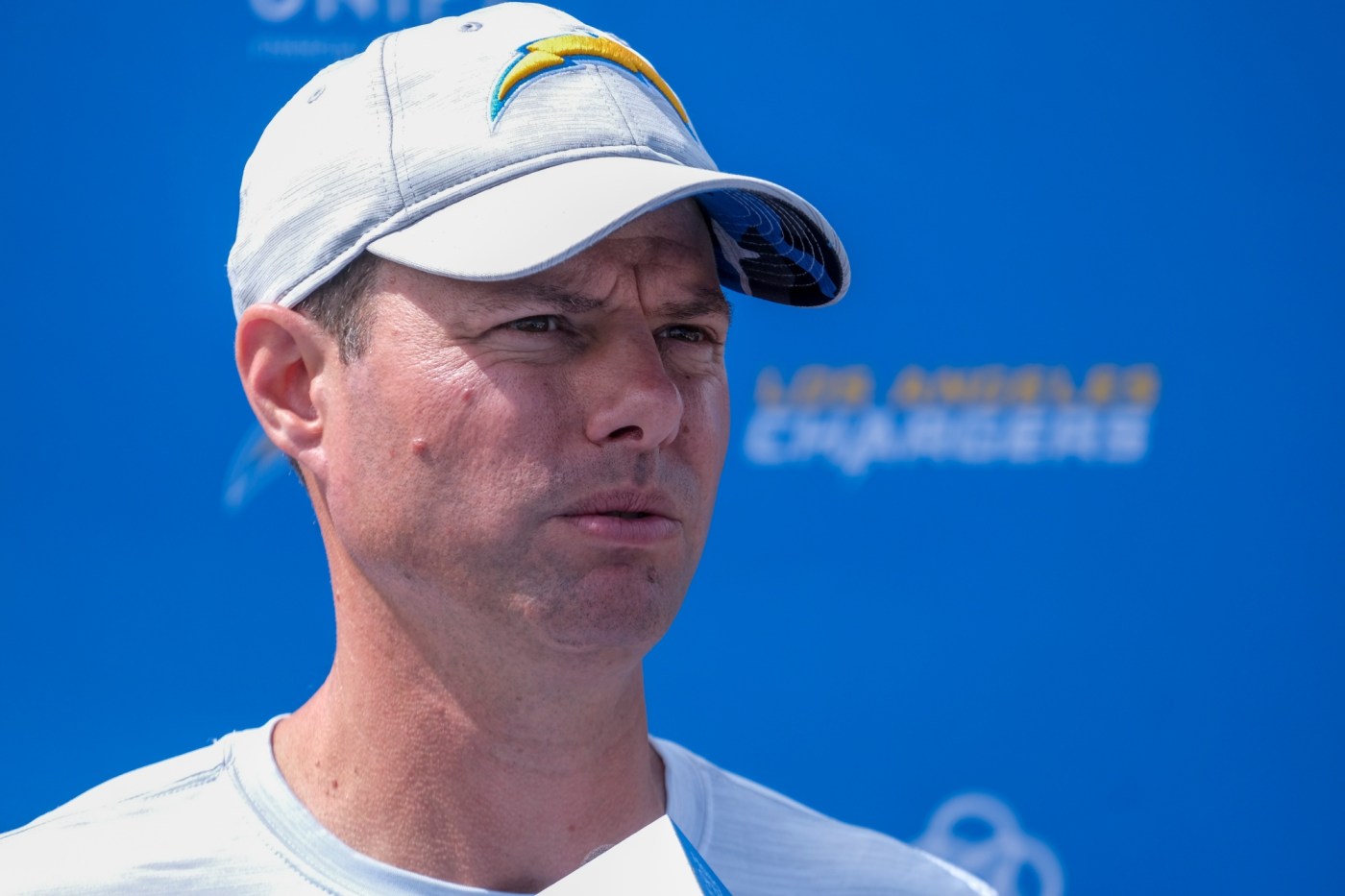 COSTA MESA — After two days in pads, the Chargers throttled back and returned to a less physical, 90-minute practice Wednesday. Several veterans didn’t participate in the 11-on-11 portion of the practice, including wide receiver Keenan Allen, center Corey Linsley and linebackers Joey Bosa and Khalil Mack.

After taking Thursday off, the Chargers are scheduled to return to the practice field Friday and Saturday mornings before holding their first scrimmage of camp Sunday night at Jack Hammett Sports Complex. Their first exhibition game is Aug. 13 against the Super Bowl champion Rams at SoFi Stadium.

“It’s where it should be through seven practices,” Staley said of the Chargers’ intensity so far in camp. “You’ve got to build these guys up. You’ve got to build a foundation in pads. I felt like we had two really good days in pads. We had a really short practice, get an off day and then come back and have a lot of quality work, finishing with a scrimmage.

“That third day (Sunday), they’re really ready to compete and have a lot of plays and really build some wind. More drives. More substitutions and having to play longer. We’re in the process of building them up.”

There was one harrowing moment at the end of practice Wednesday, when safety Nasir Adderley collided with wide receiver Maurice Ffrench while making an interception along the sideline. Adderley stooped to snare Chase Daniel’s low throw, accidentally crashing into a diving Ffrench.

Trainers rushed to Ffench’s side immediately, but after a moment or two he was up and on his feet again. Adderley was unhurt, running the other direction with the ball.

“Maurice is OK,” Staley said. “It was guys competing. Probably a little bit too close. We’re thankful he’s OK. That’s the thing, we’ve got to learn how to practice with one another because everyone wants to make a good impression. You’ve got to keep everyone safe. That was one of those that was a close call.

Why are the Chargers feeling optimistic so early in training camp?

For Chargers RB Austin Ekeler, less could be more

Last year, during his first camp as the Chargers’ coach, Staley recognized the potential of an offense led by quarterback Justin Herbert. This year, Staley has noticed a change for the better for the offensive unit, and that …read more

EXPLAINER: Why is China staging drills around Taiwan?