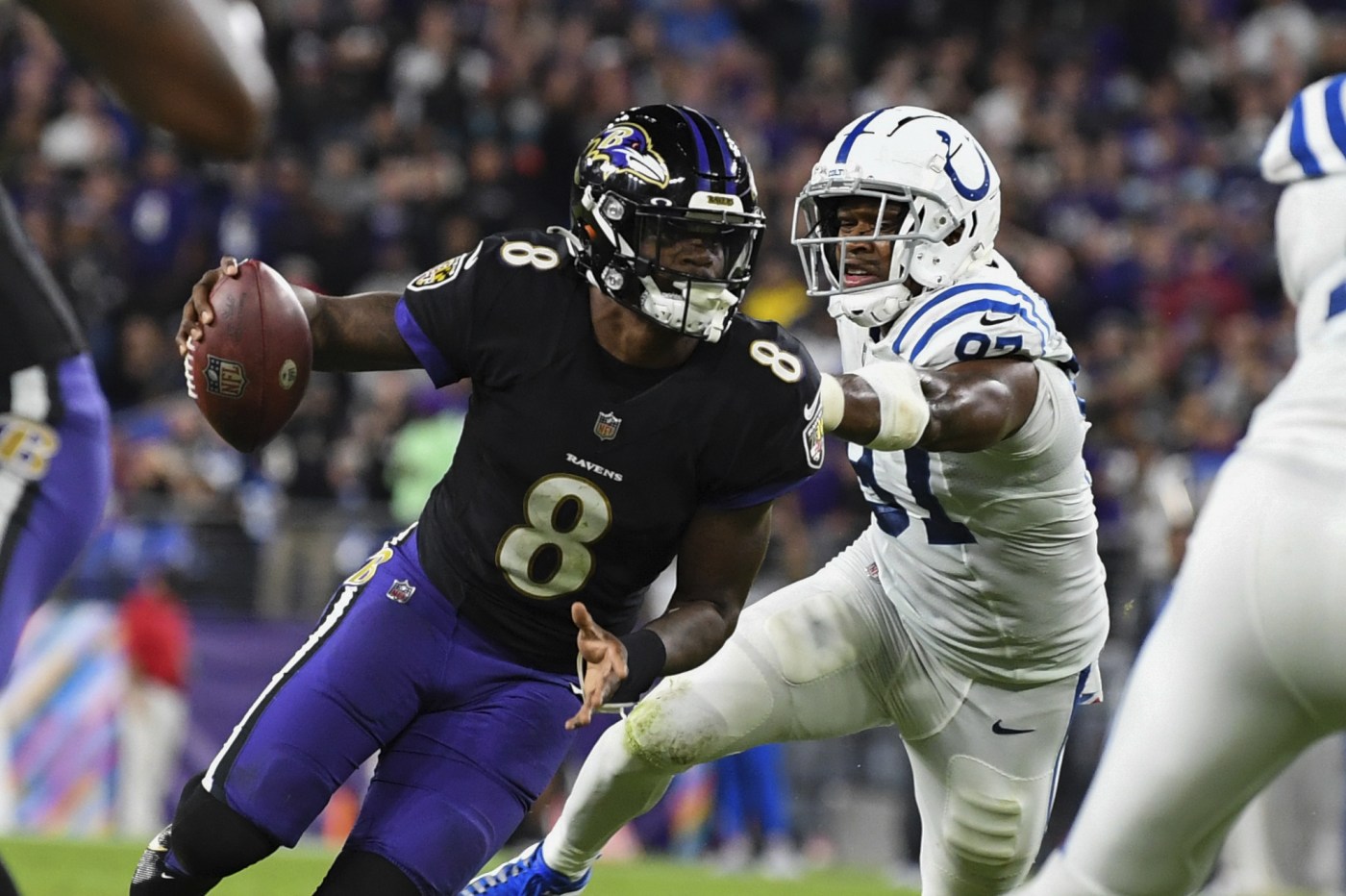 COSTA MESA — Chargers safety Derwin James kept it simple when asked how his team can fix the run defense and limit the missed tackles.

“It’s about whooping the man in front of you,” James said.

James didn’t dwell on the poor rushing defense against the Cleveland Browns last week because they did enough to survive a 47-42 shootout and improve to 4-1 on the season.

When it truly mattered, the Chargers’ defense forced a three-and-out punt with 2:02 left in regulation to allow the offense to score the game-winning touchdown. And when they scored too fast, the defense stepped up again to force a turnover on downs.

James enjoyed the victory, but he knows the rushing defense is an issue. The Chargers allowed the Browns to run for 230 yards and they’re allowing a league-worst 157.6 rushing yards per game entering Week 6.

James said he expects to see the Browns’ vaunted rushing tandem of Nick Chubb and Kareem Hunt down the line, possibly hinting at a playoff matchup. But the Chargers won’t have to wait that long to prove they’re able to contain a run-heavy offense.

The Chargers have a road matchup Sunday against quarterback Lamar Jackson and the Baltimore Ravens (4-1) for a battle between the top two teams in the AFC standings.

The Ravens are averaging 148.8 rushing yards per game, which ranked fourth in the NFL as of Thursday. But the Ravens present a different running style than the Browns.

Jackson plays quarterback, but he’s the Ravens’ best runner and his athleticism has paved the way for backup running backs Latavius Murray, Devonta Freeman and Ty’Son Williams. The Ravens had their own running back tandem, but J.K. Dobbins and Gus Edwards sustained season-ending injuries before Week 1.

Powell's age and cancer bout left him vulnerable to COVID

But Jackson’s mobility might present a tougher challenge than the Browns’ rushing attack because he can take off for a run or throw downfield to wide receiver Marquise “Hollywood” Brown and tight end Mark Andrews.

Jackson, however, missed Thursday’s practice because of illness, but the Chargers are preparing for him to play Sunday.

“We watched a lot of the run game today, didn’t watch a lot of him passing, but we know who he is,” Chargers edge rusher Joey Bosa said about Jackson. “He’s probably the most dynamic player in the NFL when he gets the ball in his hands. At the end of the day, that’s what we’re going to need to stop (is the run). I think that we have a good plan this week. … That’s the main focus, stopping him with the ball.”

Jackson had numerous dynamic plays Monday night when he orchestrated a 19-point comeback win against the Indianapolis Colts. Jackson did most of his damage with his arm by throwing for 442 yards …read more