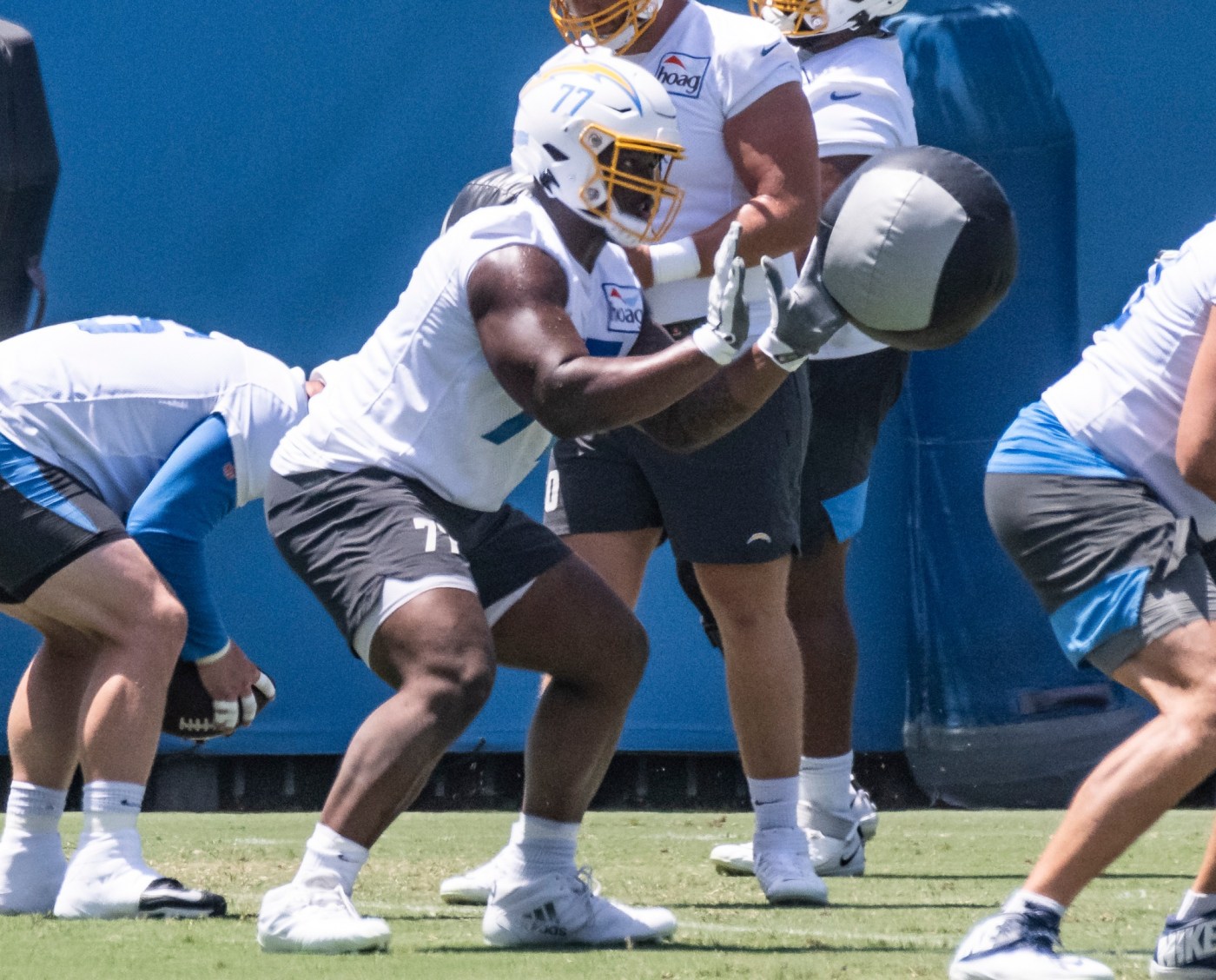 Maybe he should be nervous or worried or concerned. After all, he has one of the most important jobs on the squad. He’s got to create time and space for quarterback Justin Herbert to work his magic in the pocket and for running back Austin Ekeler to dart through the opposing defense.

There is a great deal of responsibility on his mammoth shoulders.

If there is pressure to perform at a high level as a rookie, it’s difficult to tell.

“I don’t,” Johnson said when asked if he’s feeling any pressure in his first NFL camp. “I’m playing football. I love the game. I want to win. I want to be here. I want to win the games. I don’t feel the pressure. There may be some, but at the end of the day I’m just playing the game with my teammates.”

Perhaps it has helped Johnson’s transition from Boston College to the Chargers to have veterans such as center Corey Linsley and guard Matt Feiler, two linemen who have pretty much seen it and done it all during their careers, toiling alongside him in the trenches and serving as mentors.

It also could be helpful to have followed in the rather large footsteps of Rashawn Slater, a second-year tackle from Northwestern, who excelled last season after he was drafted in the first round in 2021. Slater has stood where Johnson has stood, and it remains fresh in his mind.

Johnson and Slater have spoken often during camp.

“He’s talked to me a lot about game day, just the feelings, the emotions, the hype behind it,” Johnson said of his conversations with Slater, 23. “He’s another person I talk to who helps me get little tips to stay calm, to really focus on my job. He’s just a really great resource for me.”

Joe Lombardi, the Chargers’ offensive coordinator, referred to Johnson as “a real mature player.” Listed at 6-foot-3, 316 pounds, Johnson would appear to the untrained eye to be a fully-formed adult. But there’s some polishing that still must be done before he’s a fully-formed NFL lineman.

The Chargers will shift from a morning session to an evening one Sunday, increasing the tempo, length and physicality of their practice when they hold an intrasquad scrimmage at 5 p.m. at Jack Hammett Sports Complex. It’ll be …read more

3 teens among 7 wounded by gunfire across Chicago Wednesday

Kurtenbach: 49ers WR Brandon Aiyuk’s breakout is real and it is spectacular