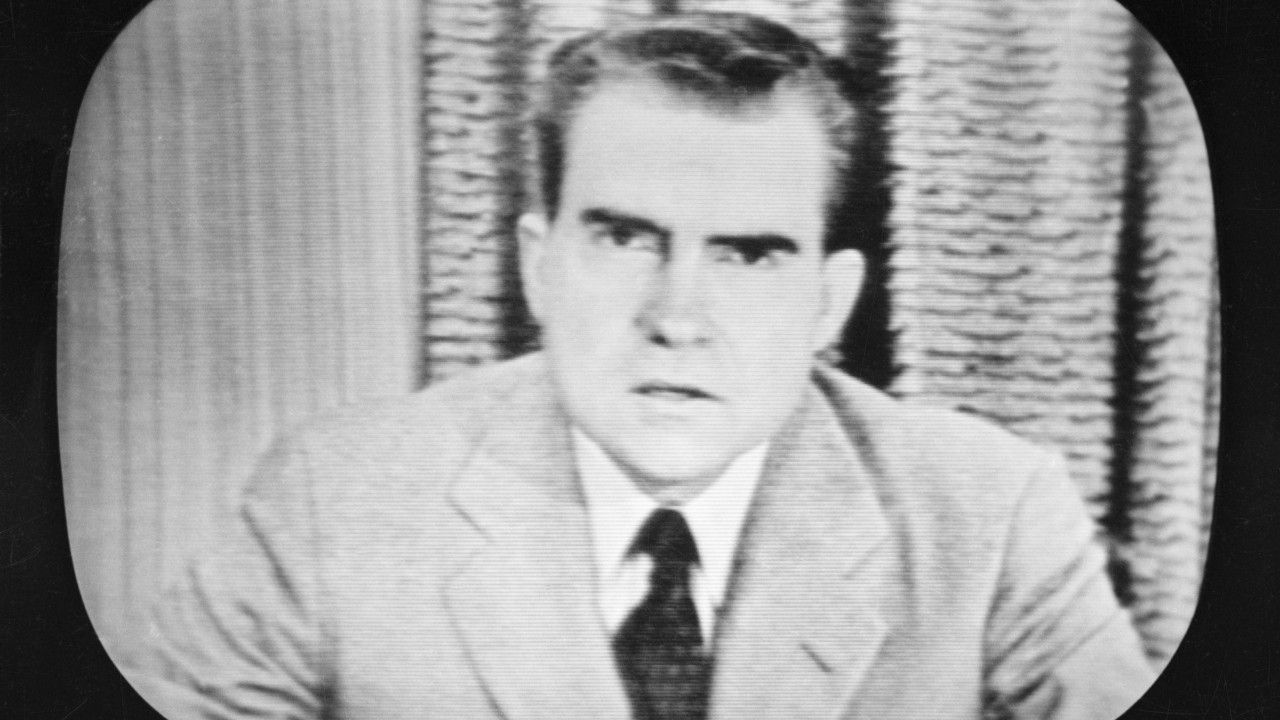 It wasn’t quite on the level of Dr. Martin Luther King’s “I Have A Dream” speech or John F. Kennedy’s moon speech, but Friday does mark a significant anniversary for what a 1999 poll of leading communication scholars ranked as the sixth-most important American speech of the 20th Century.

On Sept. 23, 1952, Richard Nixon delivered in front of a national TV audience what became known as the “Checkers Speech,” a 30-minute address to the nation to deny allegations that he misused political funds and spent money on personal gifts following a successful Senate bid in 1950.

At the time, Nixon was the running mate/vice presidential nominee for Dwight D. Eisenhower’s campaign for president.

It also came at a time where TV was in its infancy and nobody fully knew the magnitude of that platform to voters.

As media members and Republican leaders were trying to convince him to leave the ticket, Nixon turned to TV in a last-ditch attempt to save his spot as Eisenhower’s running mate.

The speech and dog reference

The Republican Party bought time in a slot and Nixon addressed the nation defiantly in a 30-minute speech from the El Capitan Theatre in Los Angeles, saying the $18,000 he received from supporters was entirely used for campaign expenses.

Nixon went on to cite an audit report from a group of certified public accountants, saying that he did not obtain financial gain or violate any laws with the money from supporters.

But even that passionate denial paled in comparison to how he appealed to the public with what he said in the middle of the speech.

Nixon said there was one thing he and his family did buy after the election, which he said in the speech:

“A man down in Texas heard (wife) Pat on the radio mention the fact that our two youngsters would like to have a dog. And believe it or not, the day before we left on this campaign trip we got a message from Union Station in Baltimore, saying they had a package for us. We went down to get it. You know what it was? It was a little cocker spaniel dog in a crate that he’d sent all the way from Texas, black and white, spotted. And our little girl Tricia, the six year old, named it “Checkers.” And you know, the kids, like all kids, love the dog, and I just want to say this, right now, that regardless of what they say about it, we’re gonna keep it.”

That is why it’s been known since as the “Checkers Speech.”

Watched or heard by 60 million Americans, the speech was a huge boon for Nixon. The Republican National Committee received millions of calls and telegrams supporting him, and Eisenhower ended up winning the 1952 election easily.

Of course, that set Nixon up to eventually run for president against Kennedy in 1960, and ultimately win the 1968 and 1972 elections before he resigned due to the Watergate scandal.

Golden Globes 2021: The Complete List of Nominees | Entertainment Weekly
NBA denied Alex Caruso from changing his number to honor Bill Russell because his jersey is too popular

Dear Abby: I think she’s flirting with me, but I’m not sure what to do about it