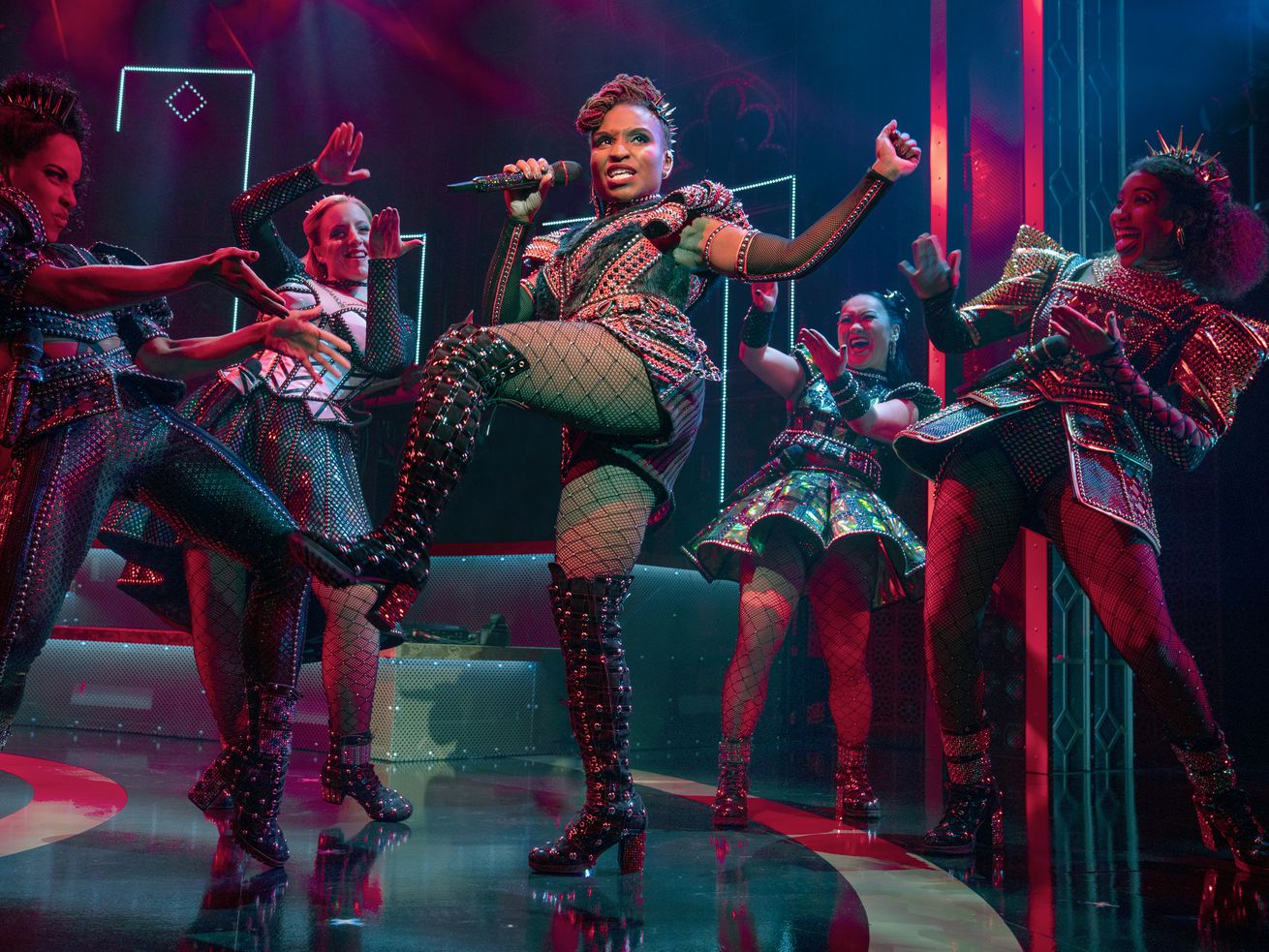 Brittney Mack, pictured in her role in the musical “Six,” is slated to perform at the Macy’s Thanksgiving Day Parade. | Joan Marcus

‘I’ve got my long johns and it’s going to be epic,’ says Brittney Mack, scheduled to perform with her castmates from the hit musical ‘Six.’

NEW YORK — Growing up in Chicago, Broadway star Brittney Mack faithfully watched the Macy’s Thanksgiving Day Parade on TV after fulfilling her own parade duties. Now she’s getting ready to bundle up, hit the streets of Manhattan and be part of the big one for the first time.

Mack, who plays one of the wives of Henry VIII in the hit musical “Six,” is slated to perform a mashup of some of its songs live Thursday with her castmates and band in front of a televised audience of millions. The parade broadcast begins at 9 a.m. (with a repeat at 2 p.m.) on WMAQ-Channel 5.

“I’ve got my long johns and it’s going to be epic,” she says. “I finally get to meet Snoopy. That’s really my dream — to see the big Snoopy balloon, honestly.”

Astronaut Snoopy will hover overhead as the parade returns to its pre-pandemic form this year, with its route restored through Manhattan and high-flying helium balloons once again pulled by handlers.

This year’s parade — the 95th annual — will snap back to form after bowing to pandemic restrictions last year. It will feature 15 giant character balloons, 28 floats, 36 novelty and heritage inflatables, more than 800 clowns, 10 marching bands and nine performance groups and, of course, Santa Claus bringing up the rear.

New balloon giants joining the line-up include Ada Twist, Scientist; the pint-sized hero from “The Mandalorian,” and the Pokémon characters Pikachu and Eevee on a sled.

Mack and her castmates have learned new choreography, been over the new music and will rehearse on the street in front of the department store to get it right. With the weather looking brisk, she’s kindly ordered handwarmers and footwarmers for her fellow “Six” performers.

“I won’t be home to watch it, but I think the trade-off is pretty good,” says the actor, who has been with “Six” since its North American premiere at Chicago Shakespeare Theater in 2019.

Her grandmother is taping the parade from Mississippi while her mom and the rest of her family will be cheering from Chicago. Mack may be used to performing live but this time is special.

“The adult in me that has worked so hard to get here is like, ‘You know what? You’ll be fine. You’re in it. Get it together,’ ” she says. “I think I also will feel better when I see Snoopy, so it’ll all be good.”

In addition to “Six,” Broadway will be represented by the casts of “Chicago,” “Waitress,” “Moulin Rouge! The Musical” and “Wicked.” The Rockettes will be there, as will the cast of the upcoming NBC live production of “Annie.”

Maya Bowles, who will be there representing the Tony-winning “Moulin Rouge! The Musical,” recalls waking up every Thanksgiving in Atlanta and …read more