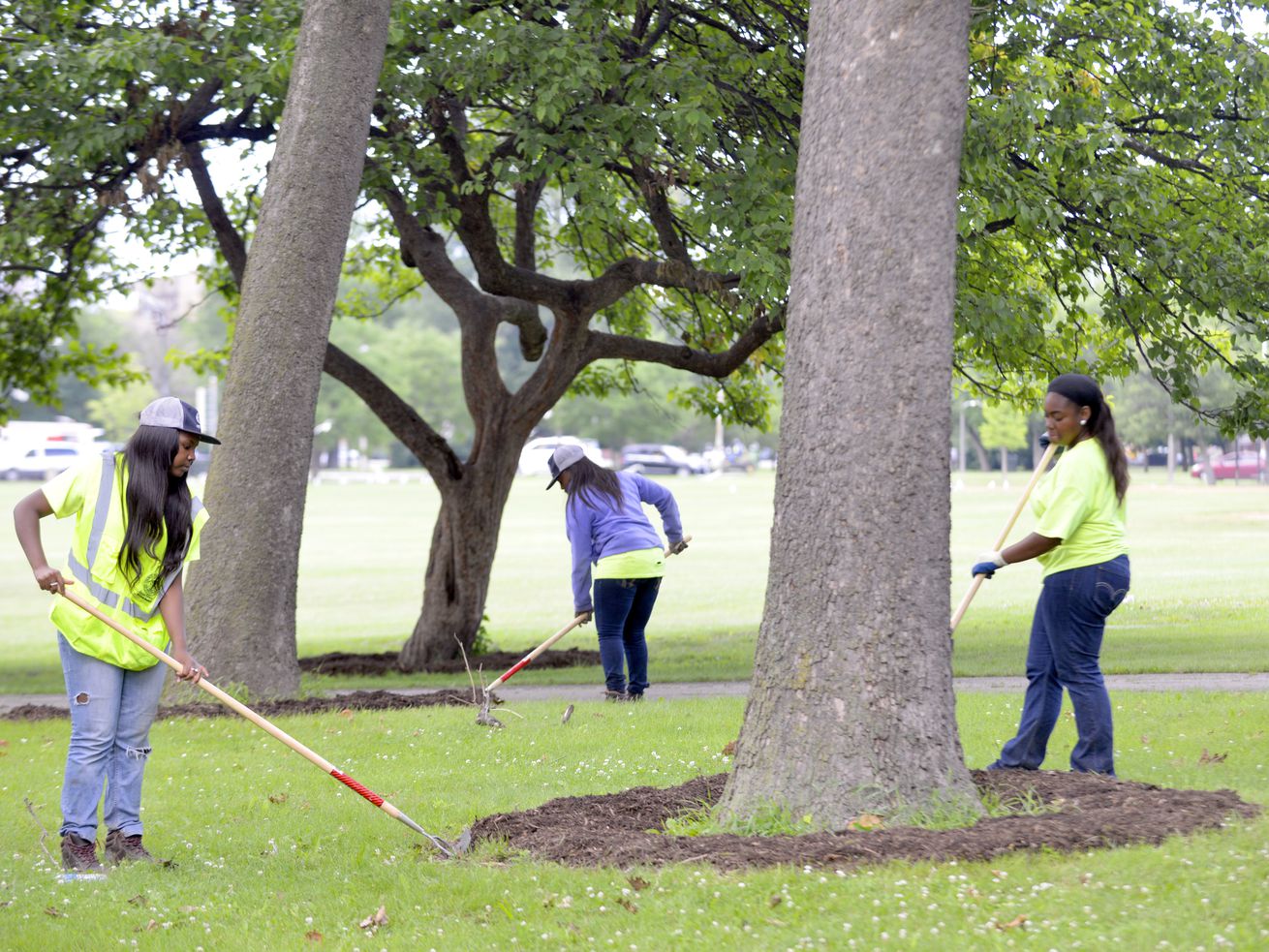 The One Summer Chicago program will run from July 5 to Aug. 13 and include both remote and socially-distanced, in-person jobs and life skills training for 21,000 young people. The deadline to apply is June 11.

Chicago aldermen got an earful Tuesday about Chicago’s multi-pronged efforts to combat the traditional summer surge of violence amid concern that the city has more summer jobs than it has applicants.

Last month, Mayor Lori Lightfoot announced applications were open for One Summer Chicago, the annual summer jobs program aimed at those age 14 to 24.

The program runs July 5 to Aug. 13 and includes both remote and socially-distanced, in-person jobs and life skills training for 21,000 young people. The deadline to apply for those coveted positions is June 11. Applications can be found at OneSummerChicago.org.

But during a virtual hearing Tuesday before a pair of City Council Committees, Health and Health and Human Relations Committee Chairman Roderick Sawyer (6th) asked about a troubling trend tied to the outpouring of federal relief funds from Washington. That is, a shortage of applicants for summer jobs.

“I know a lot of … people that work at the park district. One of the concerns I’ve been hearing is that we may be experiencing quite a bit of vacancies because not enough applicants are coming to apply for the summer jobs — or may be a bit uncomfortable leaving because of the unemployment checks, I’m gonna be honest with you, that people are receiving nowadays,” Sawyer said.

Alonzo Williams, chief programs officer for the Chicago Park District, told Sawyer his assessment was “correct,” particularly when it comes to lifeguards.

Along with a “national shortage” of lifeguards, for the last two years, the Park District has been unable to fill up to 250 lifeguard jobs through an After School Matters apprenticeship program.

“One of the things we’ve done as a district is not just let it be posted on our website. We’ve actually spent dollars this year in our marketing budget to advertise in local newspapers to push it out that way. As well as, we work with a lot of community-based organizations to create posters and fliers to send out to them,” Williams said.

“That’s just some of the things that we’ve tried to do this year to counter the shortage of staff members. But it is real. … we have thousands of jobs and opportunities for people to make money.”

Sun-Times file
The lakefront near 39th Street. Amid a national shortage of lifeguards, the Chicago Park District is has been unable to fill about 250 of the positions through an apprenticeship program.

Ald. Nick Sposato (38th) said at least some of the vacant summer jobs might be filled if only young people were placed in jobs closer to their homes.

Nature at its craziest: Trillions of cicadas about to emerge