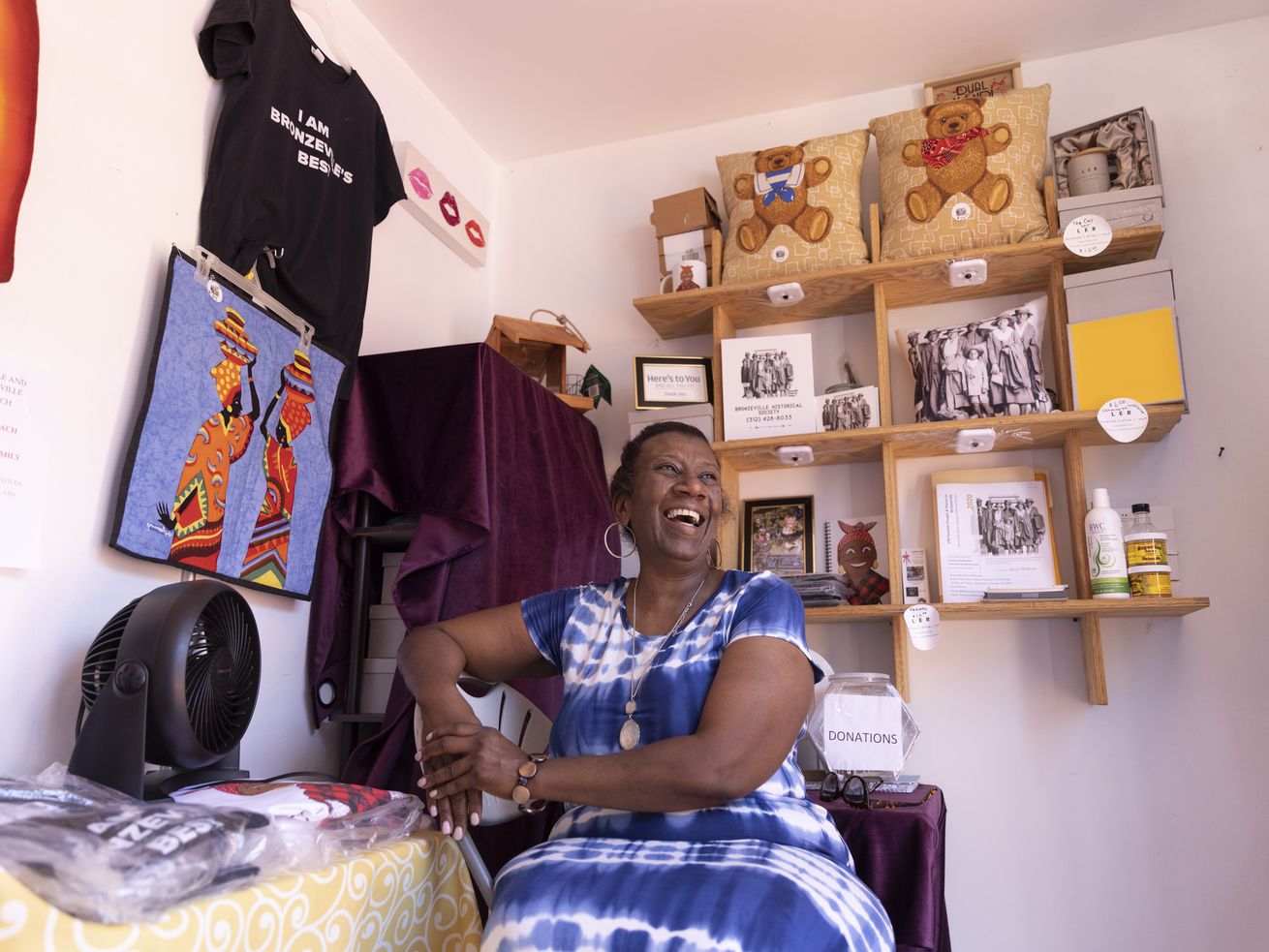 Williams founded the Bronzeville Historical Society. She is being honored with the MOSAIC Award from the Chicago Cultural Alliance in the category of Outstanding Community Leader.

Chicago historian Sherry Williams, the founder of the Bronzeville Historical Society, has a staunch belief that the people who’ve historically not seen themselves properly represented in history books have a duty to make sure they are the ones in charge of telling their stories.

That belief has garnered Williams the MOSAIC Award from the Chicago Cultural Alliance in the category of Outstanding Community Leader. MOSAIC is the Chicago Cultural Alliance’s annual benefit that celebrates its mission of equity and cultural inclusion. The award is giving to worthy “community, institutional, and civic leaders who have invested in and engaged Chicago’s cultural communities in dynamic ways.”

Williams, the descendant of a Civil War veteran, will receive the award on June 15.

“I was elated,” said Williams. “The award signals that my colleagues and communities look at me as one of the many, many people who have been documenting and preserving Bronzeville history, or just history about the African American presence in Chicago. And most of the histories we’ve collected over the years [have been] via interviews of members of Bronzeville, community members and business leaders. And certainly that’s what drives us is to see how many people have rich stories to tell.”

Williams, who founded the Bronzeville Historical Society in 1999 amid a long career with the postal service, says her favorite area of neighborhood history pertains to the role of women in activism. She recalls meeting with Iberia Hampton, the mother of slain chairman of the Black Panthers’ Illinois chapter Fred Hampton, who told Williams she babysat Emmett Till. Till’s brutal murder in 1955 sparked the civil rights movement.

“I found it so fascinating that these phenomenal women [Hampton and Emmett Till’s mother Mamie Till-Mobley] had such courage and strength,” said Williams. “Globally, not just in Chicago, not just nationally, they had to deal with the grief and the loss of their sons — the murder of their sons. I would say that was one surprising fact that I learned by having a conversation with a then-elder.”

The organization, which is known for utilizing archival research, technology, and fostering collaborations in order to preserve the rich history and culture of the city’s Black communities via exhibits, was founded out of necessity when Williams attended an event at her daughters’ school showing the humanity of the people who work at the postal service.

Some of the exhibits the historical society has displayed include “ReIMAGINE Aunt Jemima,” hosting seminars on finding ancestors who fought in the Civil War, and quilt-making classes, among many other community …read more

Lyft has yet to disclose sexual assault incidents as cases grow

UN: Climate and extinction crises must be tackled together