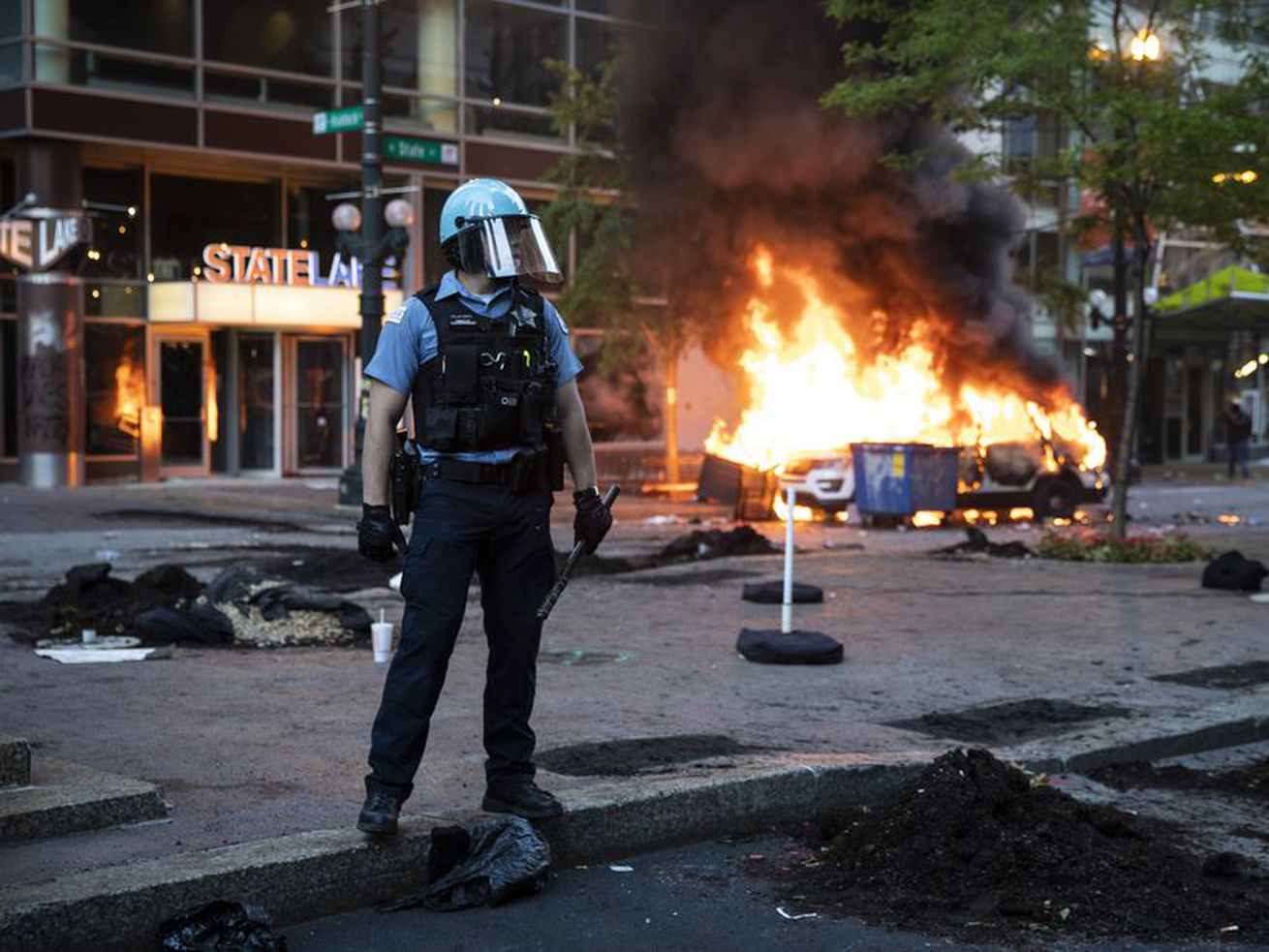 A Chicago Police Department SUV burns near State and Lake streets in the Loop on May 30, 2020, as thousands of protesters in Chicago joined national outrage over the killing of George Floyd in Minneapolis police custody. | Ashlee Rezin Garcia/Sun-Times file

Jacob Michael Fagundo also admitted that he bought fireworks and lighter fluid in anticipation of protests in the wake of the Minneapolis police killing of George Floyd.

A Chicago man admitted to a federal judge Thursday that he set fire to a Chicago police SUV amid rioting downtown last May, and that he bought fireworks and lighter fluid in anticipation of protests in the wake of the Minneapolis police killing of George Floyd.

Prosecutors filed federal charges against Fagundo in connection with the incident late last month. Other federal prosecutions stemming from last summer’s unrest has led to a recent series of guilty pleas as well as a sentencing.

Fagundo told the judge he is about to finish his bachelor’s degree at the School of the Art Institute of Chicago. He said he was laid off in March 2020 after working as a gallery technician at the school.

Assistant U.S. Attorney John Cooke told the judge Thursday that Fagundo bought fireworks, lighter fluid and other products at a department store on May 29, 2020, ahead of the George Floyd protests. The next day, Cooke said Fagundo joined with others and spray-painted a Chicago police vehicle.

Fagundo fled when police arrived, Cooke said. The prosecutor said the vehicle was a total loss, and it cost CPD $58,125 to replace it. The judge is expected to order Fagundo to pay that amount in restitution at sentencing, giving him credit for any amount he paid in the meantime.

Another man, Timothy O’Donnell, is also charged in federal court with setting fire to a CPD vehicle while wearing a Joker mask during last May’s riots. Though that case is still pending, others have recently begun to progress through Chicago’s federal court.

Brandon Pegues pleaded guilty to a gun charge late last month, admitting he fled police near downtown early on May 31, 2020, only to fall and drop what turned out to be a loaded 9 mm semi-automatic pistol. A prosecutor said police also found a hammer on Pegues.

George Floyd died from a lack of oxygen, expert says

Snorkeler gets a ‘front row seat of a lifetime’