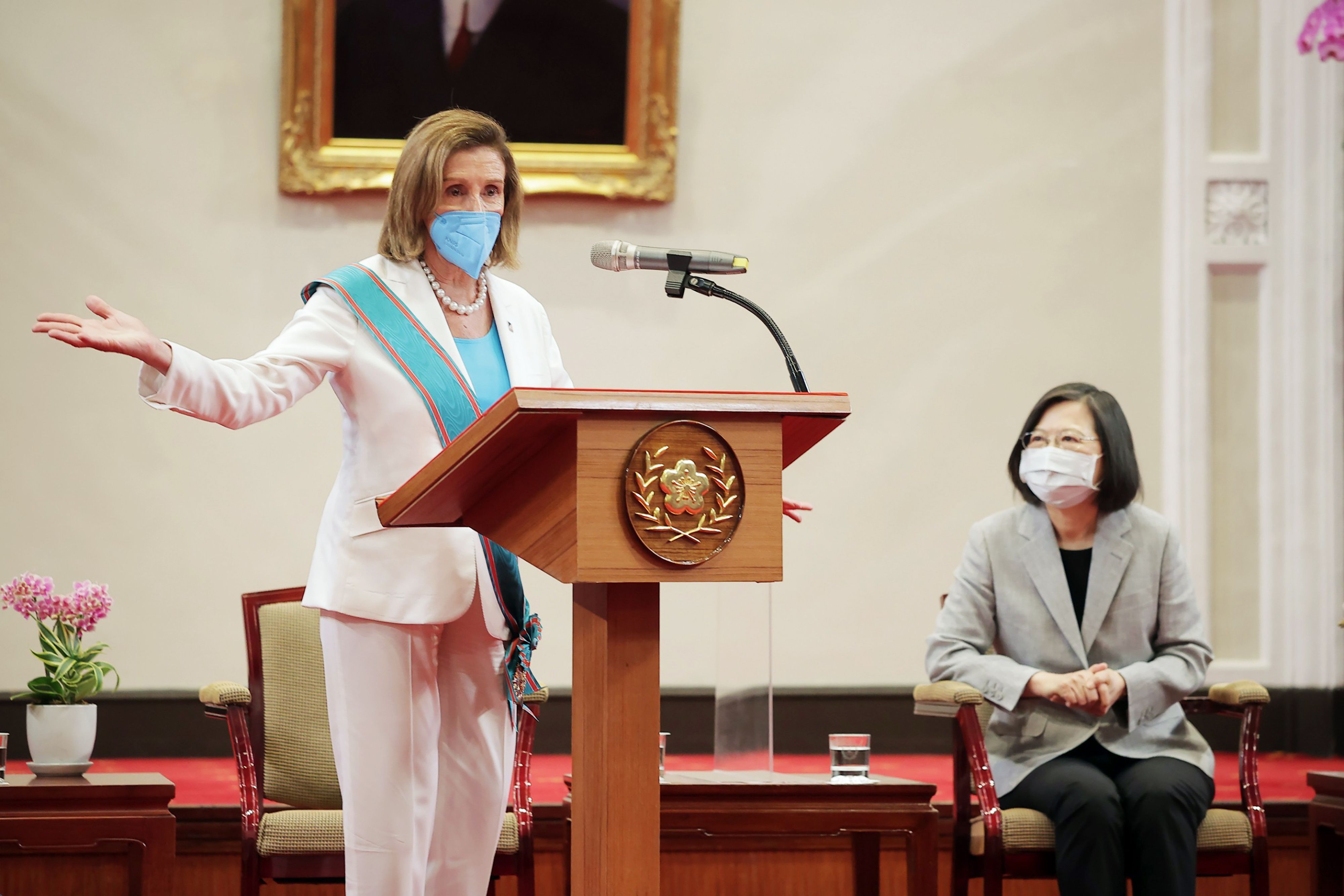 U.S. House Speaker Nancy Pelosi’s visit to Taiwan has drawn bipartisan support at home and backing among the world’s democracies.

Meanwhile, China, which claims Taiwan as its own territory with no right to an independent identity, has rallied support among fellow authoritarian states. The divided opinions speak both to China’s growing global influence and the backlash that has prompted among the world’s liberal societies.

President Joe Biden’s administration was not openly supportive of Pelosi’s trip, with the president himself saying the military felt it was “not a good idea right now” amid heightened tensions between the sides.

China has responded to the visit by announcing a series of days-long military exercises surrounding Taiwan and issuing a stream of invective aimed at the U.S. and Taiwan governments, accusing them of colluding to undermine Chinese sovereignty and national security. China in 2016 severed contacts with independence-leaning Taiwanese President Tsai Ing-wen over her refusal to endorse its insistence that the island and mainland are part of a single Chinese nation.

“This action is a solemn deterrent against the recent major escalation of the negative actions of the United States on the Taiwan issue, and a serious warning to the ‘Taiwan independence’ forces seeking ‘independence,’” the People’s Liberation Army’s Eastern Theater command said in a statement Tuesday.

Exercises will include air and sea drills and long-range missile targeting, the statement said. Operators are already bracing for disruptions to civil aviation and commercial shipping.

The Chinese response has sparked concerns about a new Taiwan Strait crisis, similar to that of 1995-96, when China held threatening military exercises and bracketed the island with missile strikes in waters north and south of its main ports. Despite the sides separating amid civil war more than 70 years ago, China has maintained its threat to invade and has massively increased its capabilities through investments in missiles, navy ships and its air force.

James Harden praises Scottie Barnes after getting picked up full-court in pick-up: 'He a dog'

Australian Prime Minister Anthony Albanese, whose country’s ties with China have nosedived in recent years, declined to comment specifically Wednesday on Pelosi’s visit. However, he noted: “We live in an era where the strategic competition and increased tension in our region and where China has taken a more aggressive posture in the region.”

“But our position on Taiwan is clear,” he added. “We don’t want to see any unilateral change to the status quo and we’ll continue to work with partners to promote peace and stability across the Taiwan Strait.”

“The peace and stability of the Taiwan Strait is important not only for Japan’s national security but also for the international community, and Japan’s position is that we expect peaceful solution of the issues surrounding Taiwan through dialogue,” Matsuno said.

Chinese ally North Korea, meanwhile, used the visit to accuse the U.S. of being “the root cause of harassed peace and security …read more