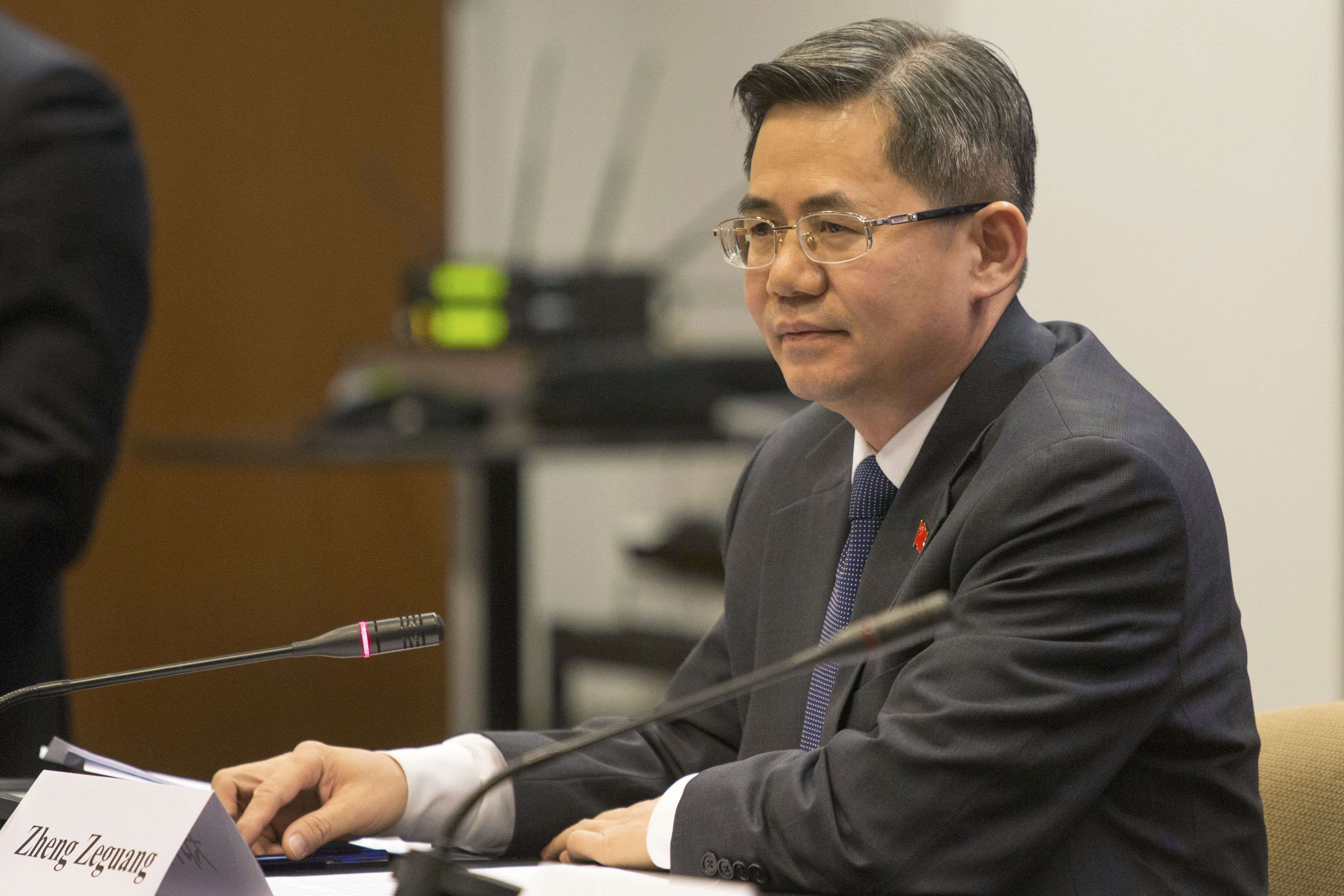 China’s ambassador to Britain has been barred from Parliament and told he could not enter the building for a talk he was scheduled to give on Wednesday.

Commons Speaker Lindsay Hoyle said Tuesday it was not “appropriate” for the Chinese ambassador, Zheng Zeguang, to enter Parliament because China imposed sanctions against seven British parliamentarians over their criticism of Beijing’s human rights record.

Zheng was due to attend a reception in the House of Commons organized by a cross-party parliamentary group on China.

John McFall, Hoyle’s counterpart in the upper chamber, the House of Lords, agreed that the scheduled meeting “should take place elsewhere, considering the current sanctions against members.”

China imposed sanctions on seven British politicians in March, including senior Conservative lawmakers Iain Duncan Smith and Tom Tugendhat, who have spoken out against China’s treatment of its Uyghur minority in the far-west Xinjiang region.

The move came shortly after Britain, the U.S., Canada and the European Union sanctioned Chinese officials over Xinjiang.

The sanctioned parliamentarians welcomed the ban, saying allowing Zheng in the Parliament building would have been “an insult.”

The Chinese Embassy in the U.K. condemned the move and said it will harm the interests of both countries.

“The despicable and cowardly action of certain individuals of the U.K. Parliament to obstruct normal exchanges and co-operation between China and the U.K. for personal political gains is against the wishes and harmful to the interests of the peoples of both countries,” the embassy said in a statement.

Bulgaria to hold an early election after political deadlock