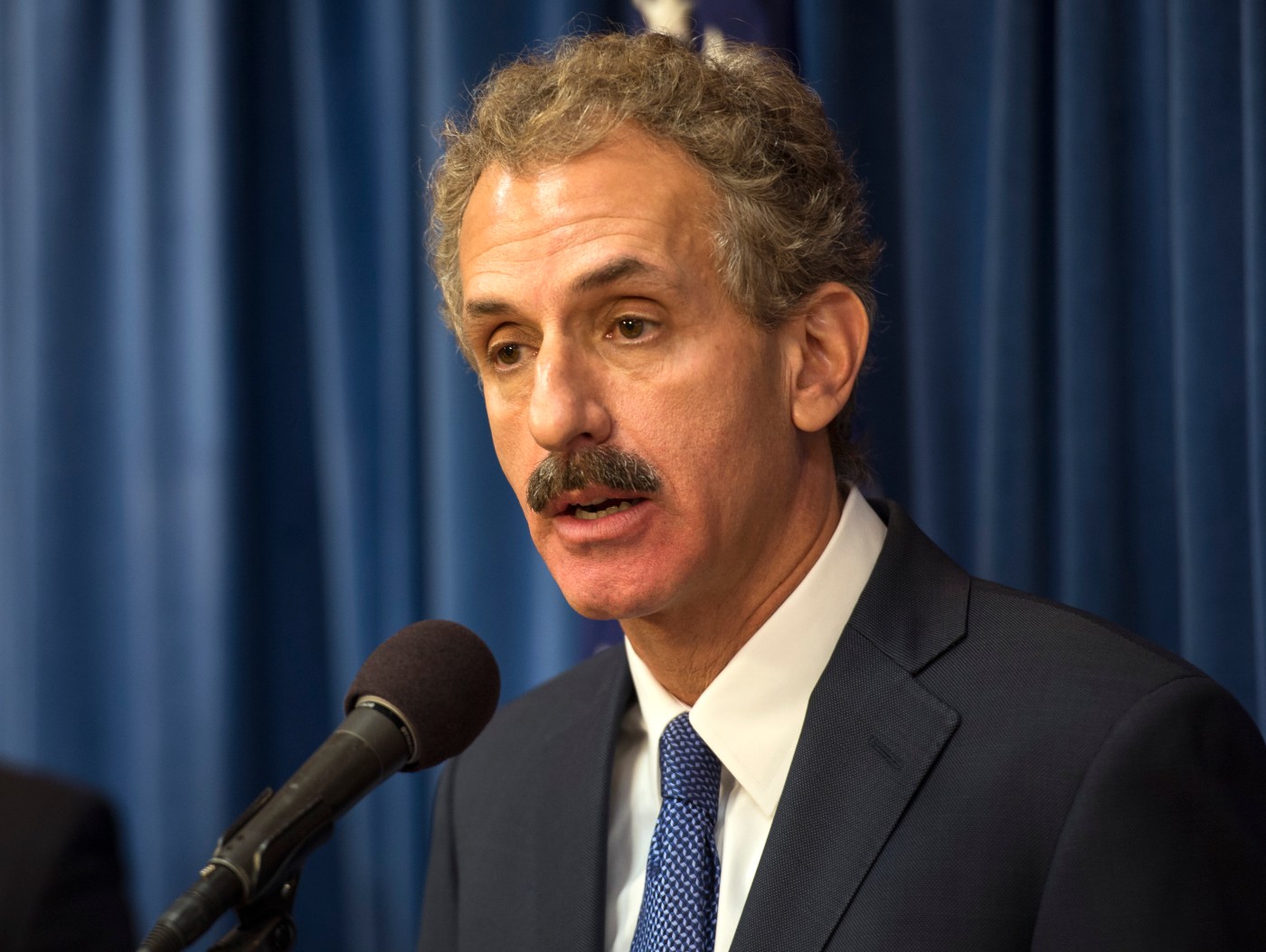 The city attorney of Los Angeles is suing the owners of two homes in the San Fernando Valley he says were hubs for gang violence that left neighborhood residents fearing for their safety.

A home at 13285 Corcoran Street in Pacoima was the site of five shootings since 2016, all targeting members of the Pacoima Piru Bloods who hung out there, City Attorney Mike Feuer alleged in one lawsuit.

At another home at 14697 Plummer Street in Panorama City, law enforcement showed up in large numbers three separate times over the last half of 2020, according to the other lawsuit.

The first time, police served a search warrant at the home after a man was found shot in the chest there in June. The second, police surrounded the home after trying to stop a man seen tossing away a gun in September. When Los Angeles County Sheriff’s Department deputies arrived with a search warrant in October, they found a cache of drugs and guns.

On Tuesday, Feuer said his lawsuits were seeking to have several men associated with the homes either barred from living there or having the homes shuttered.

“We’re seeking to have this house be declared a public nuisance and all of the tenants removed from that location so this neighborhood can live in peace,” Feuer said of the Plummer Street house in Panorama City.

Feuer said the nuisance abatement lawsuits were a way to make neighborhoods safer when “traditional law enforcement” alone can’t solve the problem. Despite the frequent police responses to both homes, none of the homeowners or residents being sued by the city were accused of crimes themselves.

The city first started filing such lawsuits in the 1990s in an attempt to crack down on gang houses where shootings were frequent. One of the first such lawsuits was also filed against a homeowner in Panorama City, according to media reports at the time.

The owner of the 13285 Corcoran Street property is 76-year-old Detroit Dumas, who lives there with his two adult sons. Feuer’s lawsuit accuses the two sons of being gang members, who he said for around 15 years have hosted parties for gang members.

City prosecutors said the parties were frequented by gang members “boisterously consuming alcohol, smoking, gambling, and causing disturbances, such as loud arguments and fistfights, at all hours of the day and night.” They said residents in the neighborhood were also frequently targeted with harassment and intimidation.

No one at the home responded to a call seeking comment on Tuesday.

The owner of 14697 Plummer Street is 59-year-old Hovo Stepanian. Feuer said in his lawsuit that Stepanian only bought the home in 2019; within months, “the home quickly gained a reputation in the neighborhood for the sale of drugs and for being a location which was dangerous and a source of potential violence.”

Stepanian does not live at the home, and could not immediately be reached for comment.

Prince Harry on stepping back from royal life: ‘It was a really difficult environment’

When are high winds returning to Southern California?