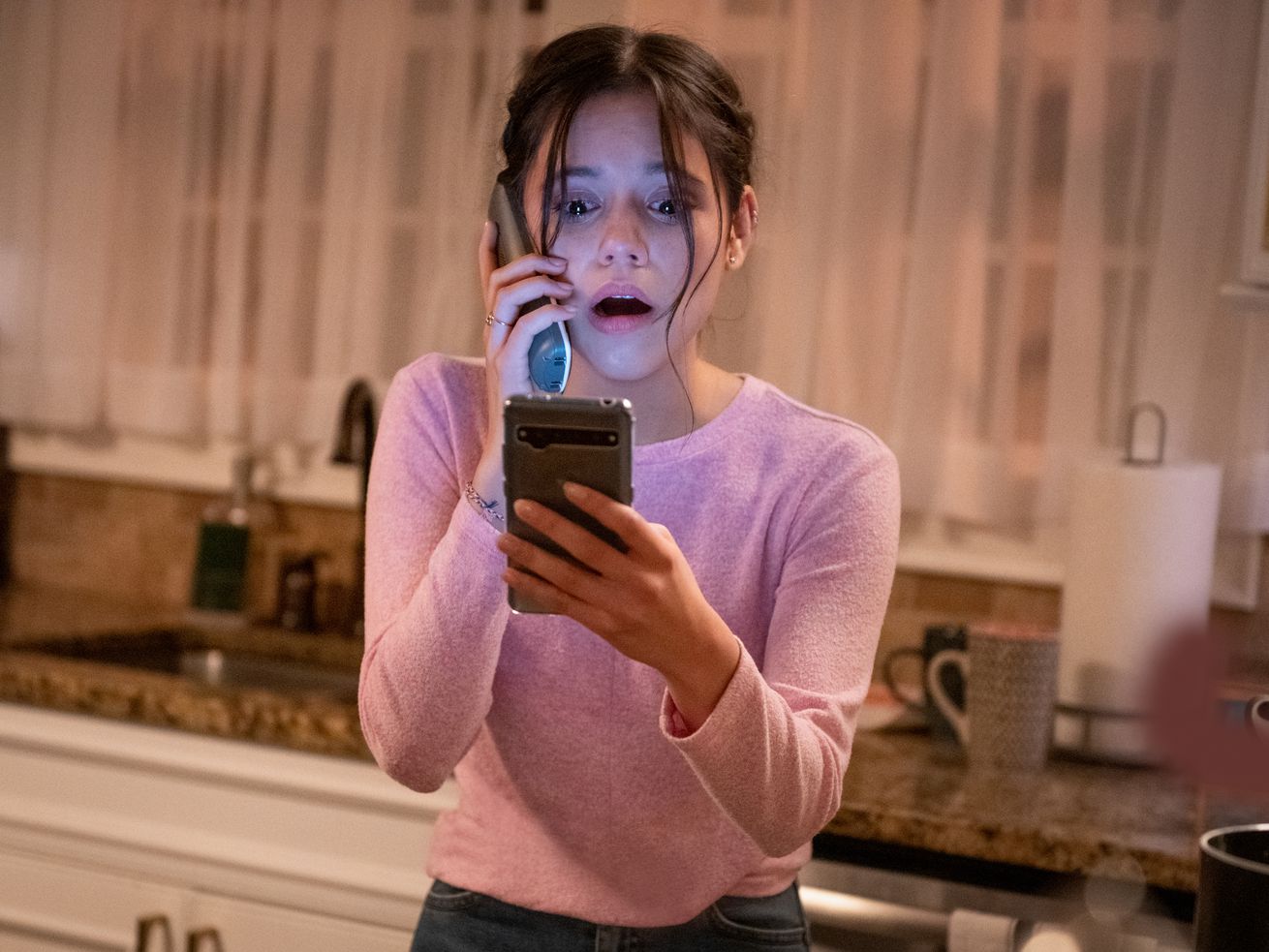 Jenna Ortega (“You”) has the honor of receiving the menacing phone call that opens the new “Scream.” | Paramount Pictures

“I’m Sidney Prescott, of course I have a gun.” – Exchange between David Arquette’s Dewey and Neve Campbell’s Sidney in “Scream.”

As evidenced by such recent films as “Halloween Kills” and “Ghostbusters: Afterlife” and “The Matrix Resurrections,” it can be a tricky thing to stage a reunion of beloved characters from a franchise that debuted long ago, so we hoped for the best but feared for mediocrity when it was announced the first “Scream” film in a decade would feature the return of the original Ghostface Busters: Neve Campbell’s Sidney Prescott, Courteney Cox’s Gale Weathers and David Arquette’s Dwight “Dewey” Riley.

Would they be awkwardly shoehorned into a next-generation story, a la “Ghostbusters: Afterlife”? Would they be front and center in a new tale that undercut the impact of the original films, as was the case with “The Matrix Resurrections”?

Good news: Pitfalls avoided. Thanks to the razor-sharp screenplay by James Vanderbilt and Guy Busick and the stylish and Wes Craven-influenced direction by Matt Bettinelli-Olpin and Tyler Gillett and the ease with which Campbell, Cox and Arquette return to their roles, the new “Scream” stabs and jabs at our memories of the original and creates some bloody fresh twists of its own. The franchise springs back to life — and death — by bringing back Sidney, Gale and Dewey in a clever and organic way, while also introducing some terrific new characters and always, always keeping us in the loop with a bounty of funny and knowing references to the “Scream” movies — not to mention the “Stab” movies-within-the-movies that were based on the “real” events from the “Scream” movies.

As if there could possibly be another option, our story opens in classic, time-honored “Scream” fashion with Jenna Ortega’s high schooler Tara Carpenter answering the phone (good thing her family has a landline!) while simultaneously texting with her best friend Amber (Mikey Madison). The mechanized voice on the other end of line sounds exactly like the voice of the notorious Ghostface killer (and subsequent copycats), and Tara goes from slightly irritated to deeply annoyed to absolutely terrified, because that’s how it always goes. Like Drew Barrymore’s Casey back in 1996, it appears as if Tara isn’t going to make it to the opening titles — but Tara’s a fighter and she winds up …read more