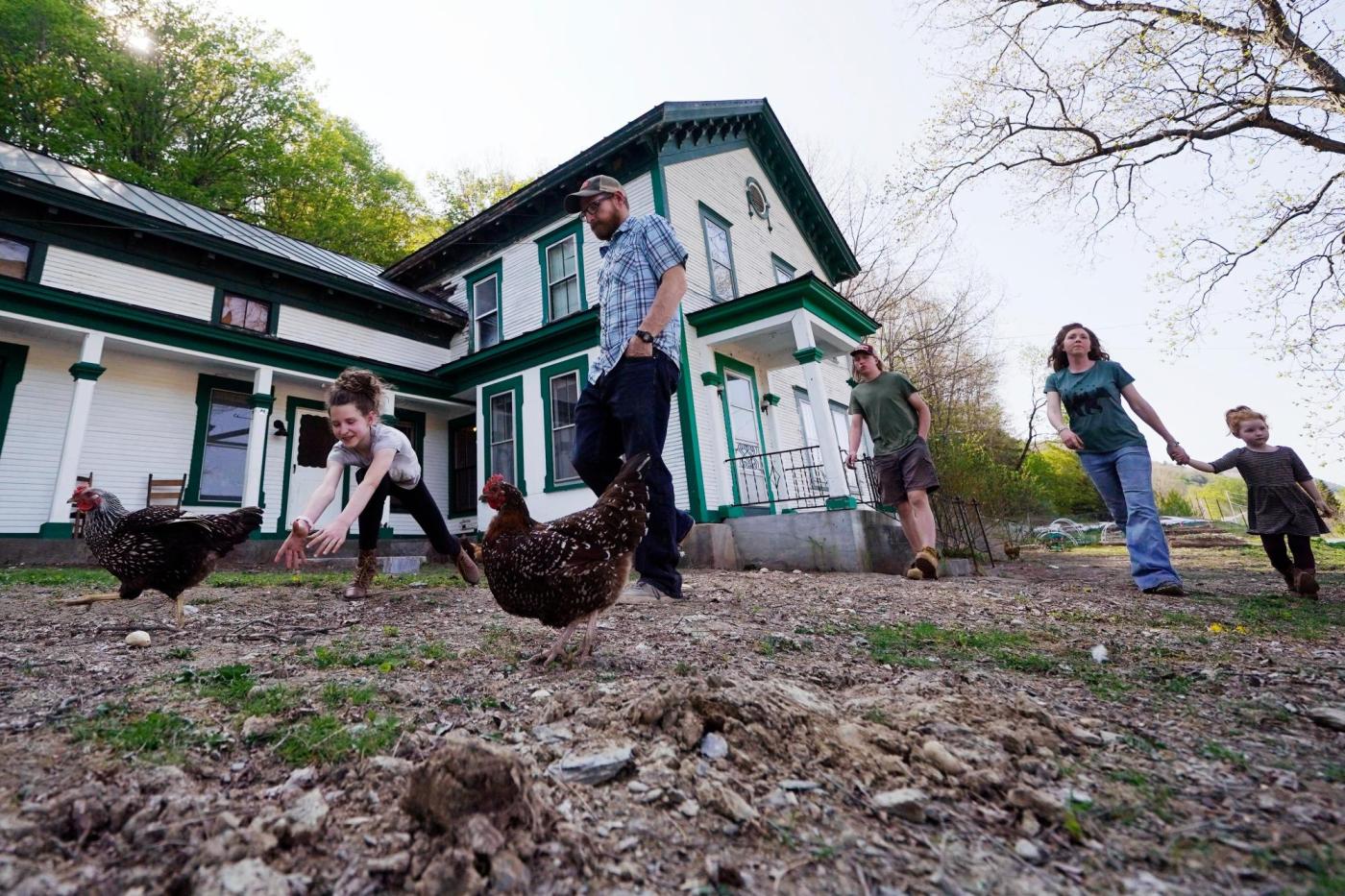 By MICHAEL CASEY | The Associated Press

PROCTOR, Vt. — Weeks after surviving one of the deadliest and most destructive wildfires in California history, the Holden family just wanted a new home.

The family of seven couldn’t find anything nearby to replace their house reduced to ashes in the 2018 Paradise fire. It proved too daunting to rebuild in a town that looked more like a deserted war zone than the tight-knit community they loved.

So they started looking farther afield for a place that, unlike California, did not seem under constant threat from wildfires, droughts and earthquakes.

“When you are left with nothing, you start thinking I don’t want to go through anything like this again,” Ellie Holden said.

After two years renting a house in upstate New York, the family found its way to Proctor, Vermont — a town of fewer than 2,000 near the Green Mountain National Forest that was once known as the marble capital of the world. The couple, both 40, loved the small town feel and open space that reminded them of Paradise.

“I felt excited to go to a new place and be out of the fire place,” said 10-year-old Soraya Holden, one of five children, as she walked alongside the family’s herd of goats behind an old dairy barn. She ticked off the area’s perks — rock climbing, gymnastics and a climate that’s “not burning hot.”

Families are increasingly factoring climate into a move as temperatures and climate-induced disasters rise. Several reports earlier this year highlighted the trend. One found that 2021 was the deadliest year in the contiguous U.S. since 2011 — with 688 people dying in 20 climate and weather disasters with a combined cost of at least $145 billion.

Scientists warn it’s hard to blame climate change for any single event. But with disasters piling up, some residents in hard hit areas are concluding that staying in the line of fire is no longer an option.

“I think that the interest in climate havens is fundamentally about hope – wanting to have a safe place to escape the worst impacts of climate change,” said Nicholas Rajkovich, an associate professor in the School of Architecture and Planning at the University at Buffalo. “But regions, counties and cities need to work to plan for the population change, combined with the impacts of climate change, that they will see.”

While little data exists documenting this phenomenon, there have been reports of U.S. families heading to cooler destinations not touched dramatically by climate change. Communities close to Canada — such as Cincinnati, Duluth, Minnesota, and Buffalo, New …read more