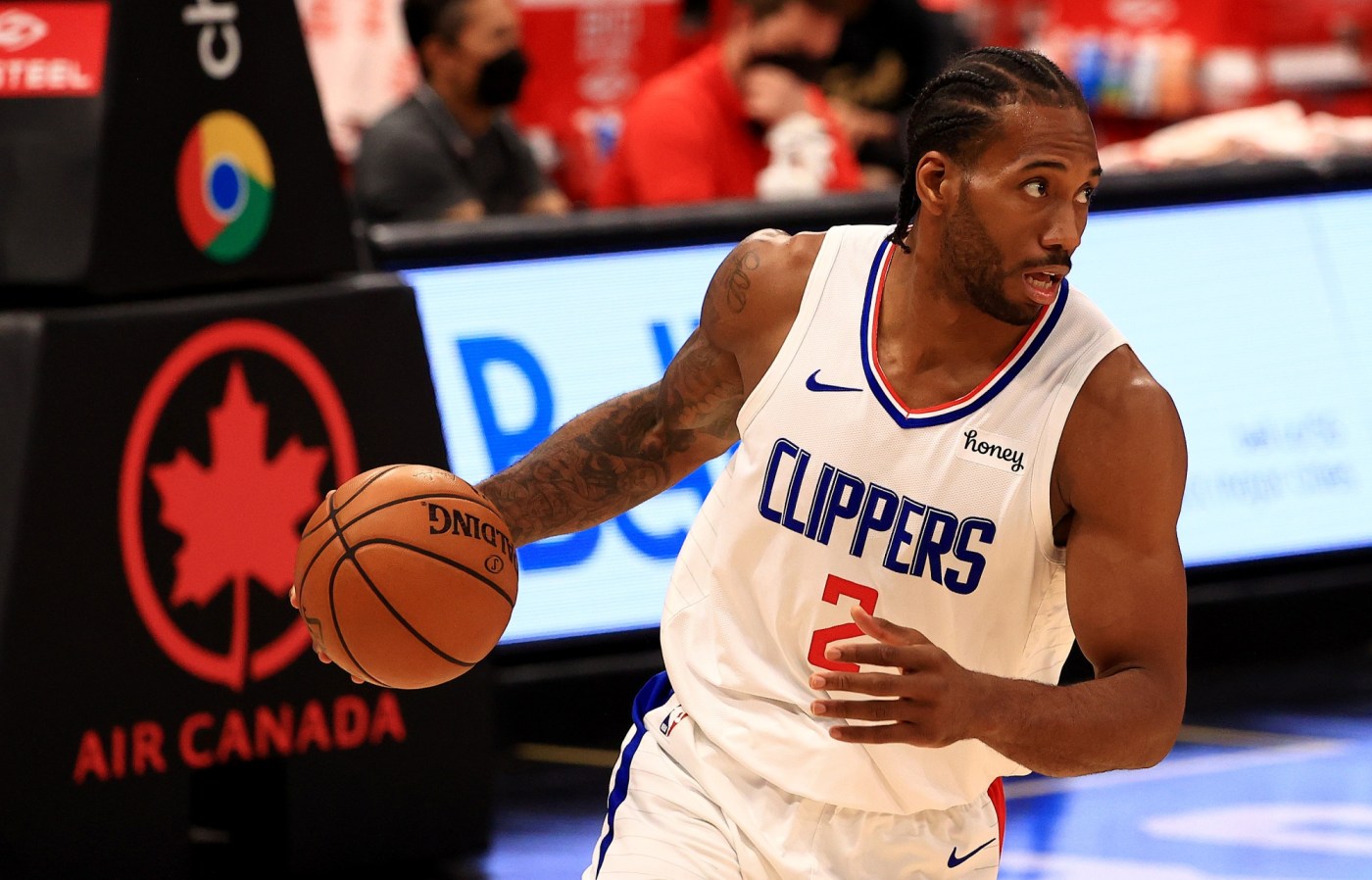 PLAYA VISTA — It took roughly 20 seconds Thursday for the conversation to turn to the biggest question mark of the Clippers’ upcoming season. What is the status of Kawhi Leonard?

After settling into his seat, Clippers president of basketball operations Lawrence Frank got right to the point in a pre-camp media availability session. Frank said Leonard feels great and wants to participate in everything. That means training camp, practices and games – all the things he missed last season.

Leonard missed all 82 games in 2021-22 after undergoing surgery to repair a partial tear of the anterior cruciate ligament in his right knee, an injury he suffered in a playoff game in June 2021.

Frank, however, said despite Leonard’s eagerness, the Clippers will be cautious in handling his comeback, taking a “step-by-step approach.”

“He comes in at 7 a.m. and just from the time he steps into the building to the time he leaves, many times four or five hours later, it’s all purposeful work, whether it’s in the performance room, whether it’s on the court, whether it’s film study,” Frank said. “Kawhi is all about one thing.”

Frank said keeping the two-time NBA Finals MVP on the court this season will require careful monitoring of his minutes and physical well-being. Frank would not say yet if Leonard will play in the preseason.

“I think when you’re dealing with a major injury, you can’t predict. With him, he wants to do everything, but we’ll just kind of let’s see how he feels each day,” Frank said.

According to Frank, Leonard feels strong enough to play full-court basketball, having been cleared for 5-on-5 scrimmages when the team begins a three-day training camp in Las Vegas on Tuesday. After spending three days training at UNLV, the Clippers will travel to Seattle, where they will play their first two preseason games on Sept. 30 against Maccabi Ra’anana of the Israeli National League.

Finding the best choices for taxpayers

The Clippers open the season with a healthy roster, which includes perennial All-Star Paul George, who has completely recovered from the torn UCL in his right elbow last season. George missed three months because of the injury last season before returning for five games late in the regular season. He played in their first play-in game but missed the second, which ended their season, because of health and safety protocols.

“Paul has had an extremely purposeful, driven, and very productive off-season, in that his consistency of training has been off the charts,” Frank said.

“The investment he’s made both in the gym, in the weight room, his body looks great. Just the urgency that he’s approaching it as one of the leaders and franchise players, so you see a lot of growth and development, and just an intensity of his training.”

The deep roster has a few new players, namely veteran guard John Wall. Frank said George, who led a few player retreats during the summer, was instrumental in getting Wall to sign with the Clippers.

Wall, a five-time All-Star, gives the Clippers a skilled passer in their backcourt, a point guard …read more

Lightscape, an after-dark walk through light installation, returns to the LA Arboretum

Book bans are an attack on freedom to read, teach and learn

Saquon Barkley may have just single-handedly destroyed the ManningCast curse