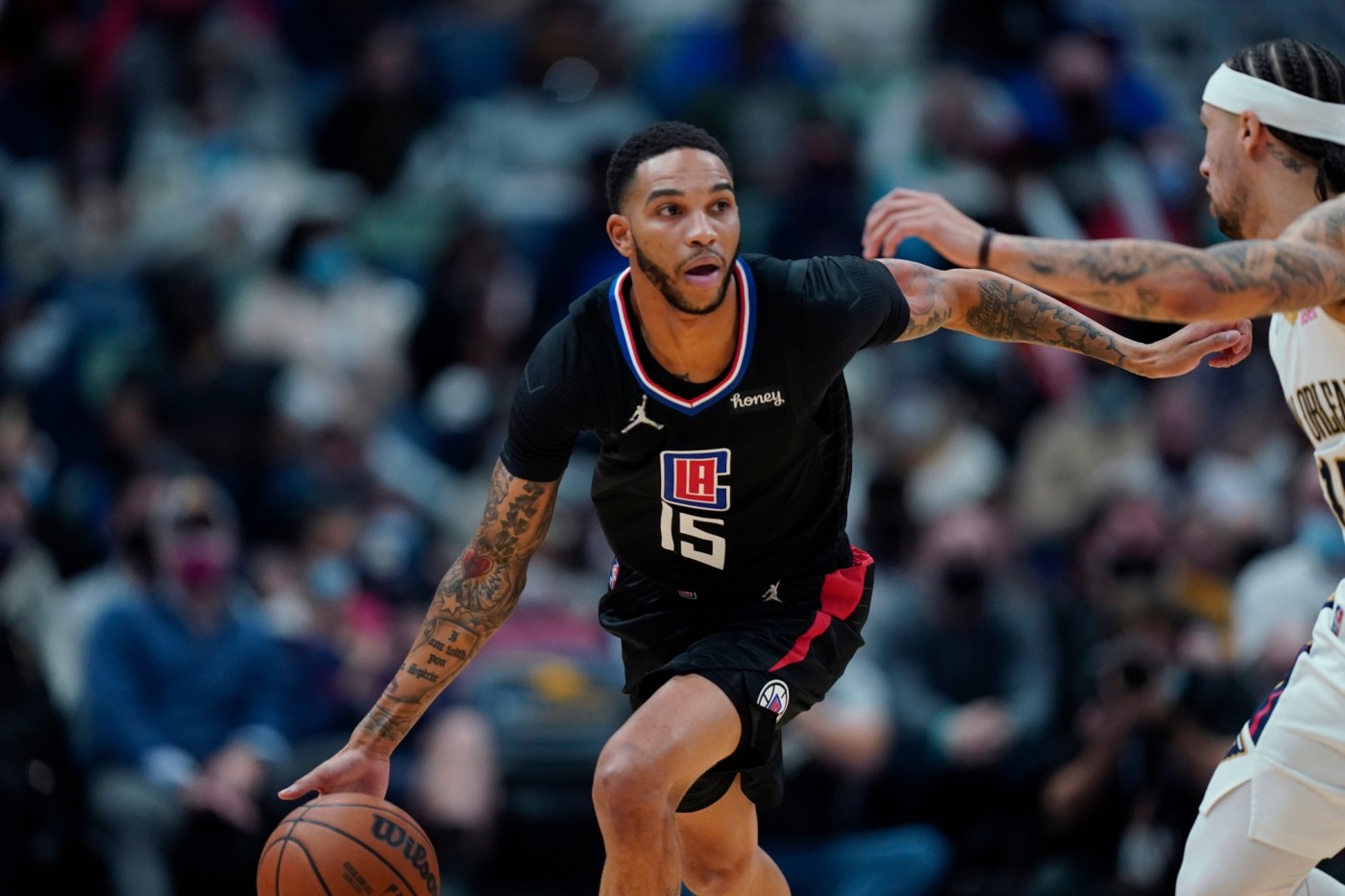 The Clippers signed Xavier Moon, the slight, speedy point guard, to a third 10-day hardship deal Friday, extending his stay for five more games – starting with Saturday’s in San Antonio – as the team awaits the return of Luke Kennard and Justise Winslow.

They’ve been in COVID-19 health and safety protocols since Jan. 1 and 9, respectively. (On Tuesday, the Clippers also re-signed forward Wenyen Gabriel on a second such 10-day deal.)

Kennard has missed the past seven games, relegated to cheering on his teammates on social media – including casting an All-Star vote for Paul George on Twitter. Earlier this week, Clippers coach Tyronn Lue said he couldn’t divulge anything about Kennard’s status except to say that he is “still in protocols.”

Forward Nicolas Batum missed nine games after he tested positive for COVID-19 and, when he returned, said he’d been “pretty sick.”

Batum was the first of 10 Clippers who’ve spent time in protocols – including Moon, whose short stay under that designation cost him an opportunity to play in Phoenix against his favorite player, Chris Paul, on Jan. 6.

Otherwise, since making his NBA debut with the Clippers on Dec. 27, the 27-year-old Moon has appeared in six games, tallying 83 minutes, 10 assists, nine rebounds and five steals while shooting 41.2% from the floor and making 3 of 10 3-point attempts.

The 6-foot-2 guard was one of the few Clippers with what Coach Tyronn Lue might call “juice” in an otherwise dry, underwhelming effort from the Clippers on Thursday in New Orleans, where the Pelicans defeated the Clippers for the third time this season – losses that have been by an average of 18.7 points after Thursday’s 113-89 result.

But in the 14 minutes Moon played Thursday, the Clippers outscored New Orleans by four points. He dished four assists and went 3 for 4 from the field, including 2 for 2 from 3-point range on a night when the Clippers, as a team, shot 38.3% from the floor and 29.4% (10 of 34) from behind the arc.

Jay Scrubb also finished plus-four in the box score Thursday, when the two-way prospect played in the first half of a game for the first time this season.

Scrubb went 2 for 6 from the field – including a strong left-handed flush late in the game.

Were Scrubb’s early minutes a sign of a cognizant effort on the Clippers’ part to, as a Bleacher Report story this week suggested, develop their younger players with All-Stars Kawhi Leonard and Paul George sidelined by injuries and the Clippers – 21-22 – treading water around the .500 mark a little more than halfway through the season?

Clippers can’t overcome another dud half against Pelicans

Biden to give away 400 million N95 masks starting next week