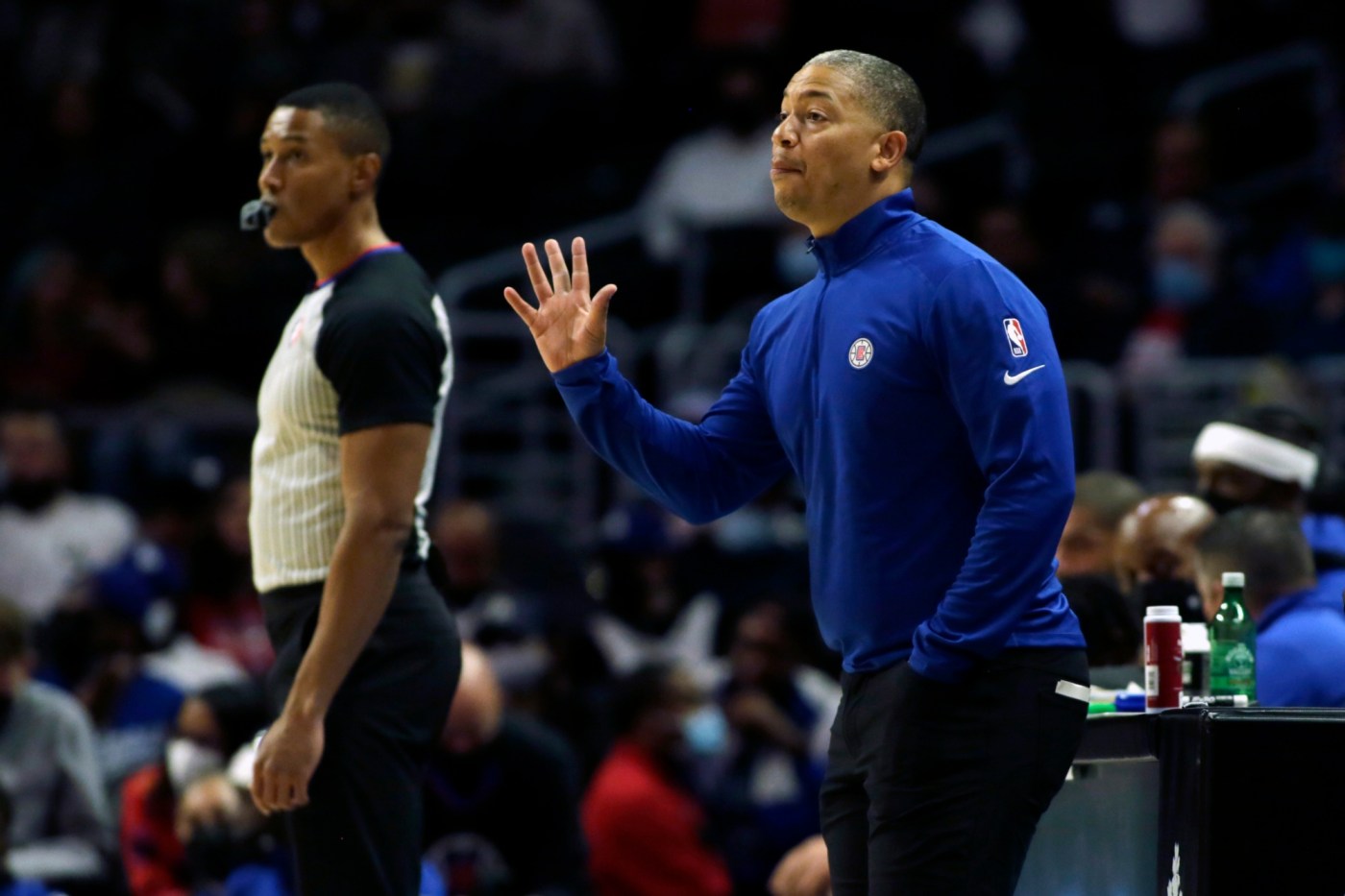 PLAYA VISTA — It’s not how Tyronn Lue would have drawn it up.

Nonetheless, the Clippers’ coach is trying to make the most of his team’s long, 10-day break between their preseason games and the real thing on Oct. 21 at Golden State.

“It’s kind of weird,” Lue said before practice Wednesday morning, two days into the longest break between games of any team.

“Usually, when you have your first preseason game, the team thinks training camp is over. So that’s what makes it tough. But we just got to continue putting the work in. Continue to keep getting better. I think our guys are doing a good job with that. And just keep learning throughout the process.”

The Clippers’ preseason was front-loaded with dates at home against Denver and Sacramento, at Dallas, and lastly, Monday, against Minnesota in Ontario.

That the Clippers finished 1-3 is substantially less concerning than the fact that the team is already out of dress rehearsals to test its offense in a game setting. Or, perhaps, that as of Tuesday night, they had given up a league-worst 25.8 fast-break points per preseason game.

“I’d rather have more practice early and then more games late,” said Lue, who indicated he didn’t have input on the team’s preseason schedule. “That would be better. I think you get a chance to put more stuff in. We’re behind offensively, because of the new additions, we got to really slow it down a little bit.

“So next year, if we can, I would like to have more practices before we have our first preseason game.”

Instead, what he has is akin to a second training camp.

It could be worse.

“We need all the time we can get, so it’s good for us to continue to work on us, keep getting better,” Lue said.

Veteran guard Eric Bledsoe said Wednesday that he envisions using the week to continue to improve his stamina, to keep building chemistry with his new teammates, and, yes, to work on those “good habits” Lue often talks about.

Atop of the Clippers’ habit-forming list: Shore up the transition D.

They were pummeled in that respect in each of their preseason games. Opponents scored a total of 103 fast-break points (compared to just 42 by Lue’s squad, which also wants to get out and push the pace.)

The thing is, transition defense has been a theme throughout training camp. Go back to Day 2 at San Diego State, where, after one practice, Lue said the aspect of the Clippers’ execution that needed the most attention was “getting back in transition. That’s always key, that’s always huge, getting matched up.”

Lue addressed the issue again last week immediately after his team eked out a 103-102 victory against the Nuggets, who outscored the Clippers 30-9 in transition: “We just gotta get back on the raise of the shot. We got a lot of crashing, a lot of ball-stabbing in the backcourt – and we’re not getting matched up in transition. We’ll continue to keep preaching that.”

True to his word, Lue stayed on message, including …read more

Kings eager to test themselves against Vegas in season opener

After 4 decades apart, ‘true love’ finally triumphs for couple who met in college at Loyola