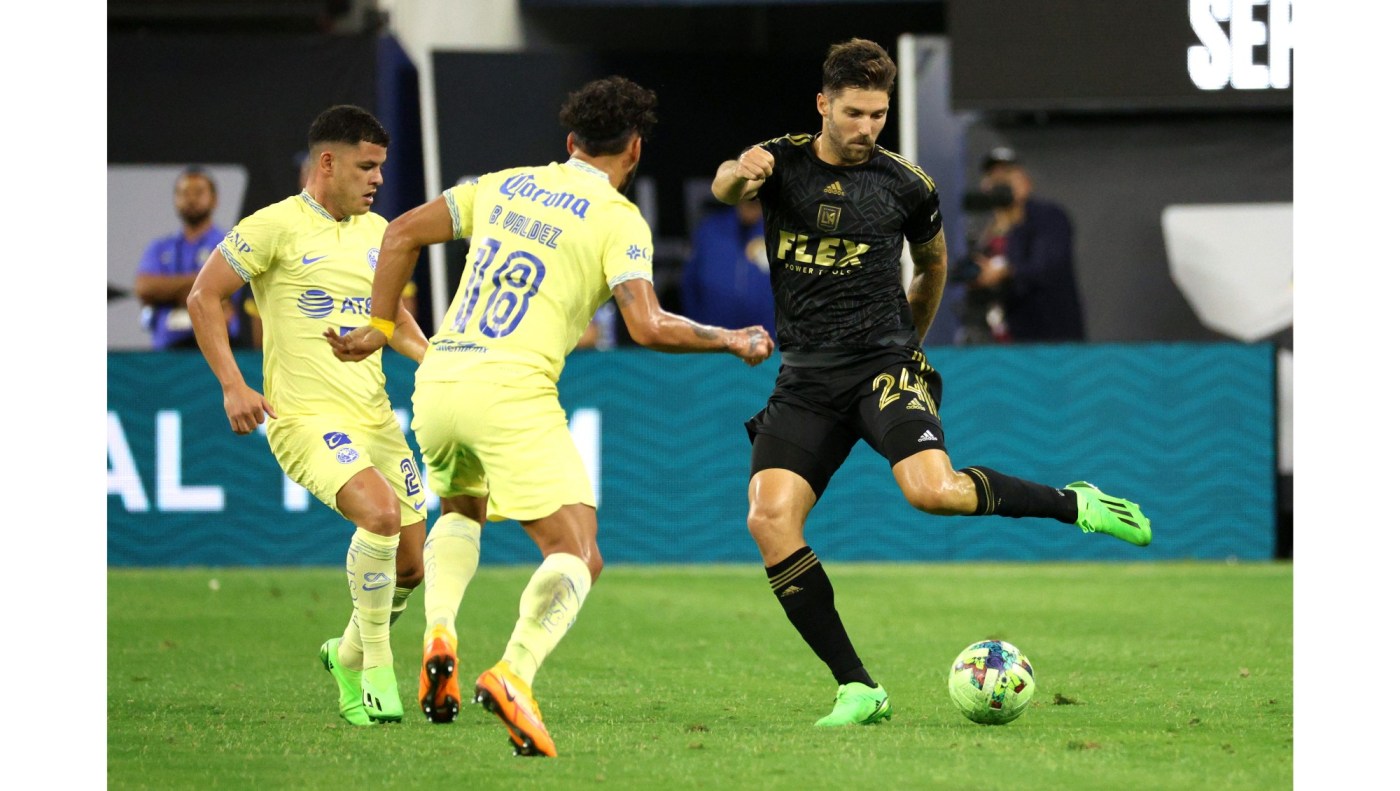 INGLEWOOD — Before an announced crowd of 71,189 at SoFI Stadium, the first soccer event at Los Angeles’ host site for the 2026 FIFA World Cup drew a larger crowd than February’s Super Bowl.

Meeting on a grass field that was laid down especially for Wednesday night’s Leagues Cup Showcase – a pair of exhibition matches between the L.A. Galaxy and Chivas Guadalajara followed by the Los Angeles Football Club versus Club America – the Major League Soccer and Liga MX sides split.

After the Galaxy won the opening match, 2-0, America downed LAFC following a scoreless 90 minutes and seven rounds of penalties (6-5). LAFC’s José Cifuente put his kick over the goal and up into the stands after America’s Emilio Lara converted his attempt.

Showcasing the quality of its MLS-points leading roster, LAFC began its match with three current MLS All-Stars (Carlos Vela, Diego Palacios and Ilie Sanchez) on the bench, joining Cifuentes, the club’s Player of the Month in July, as well as starting center back duo Jesus Murillo and Giorgio Chiellini, regular goalkeeper Maxime Crepeau, and, for good measure, Gareth Bale.

Through the first 45 minutes, LAFC didn’t appear to miss its regulars as players itching for more time pushed up the field to create several dangerous chances led by Cristian Arango, Kwadwo Opoku and, in his first start since June 26, dynamic winger Brian Rodriguez.

Sebastian Mendez’s inclusion in the midfield and Mamadou Fall’s second appearance since the end of May added to LAFC’s defensive bite and helped them repel America despite the Mexican’s advantage in possession.

Fall was nearly sent off in the 42nd minute when referee Victor Rivas showed the talented 19-year-old Senagalese a red card after a leaping two-footed tackle. Following a video review, Rivas changed the infraction to a yellow card after determining that Fall made a play on the ball.

Scoreless at the half, LAFC coach Steve Cherundolo brought on Vela, Sanchez and reserve forward Caleb Jennings, who moved higher into the rotation following LAFC’s trade of Danny Musovski to Real Salt Lake on Wednesday for $250,000 in general allocation money.

America produced a quality 15 minutes after play resumed, but was denied by a pair of saves from McCarthy, making his first appearance since May 14, off chances by Roman Martinez.

Fall made a goal-line clearance to keep out Lara’s blistering shot from inside the box in the 51st minute.

Bale, who continues to build up his fitness since joining LAFC last month, took and coolly converted the fifth penalty shot during the shootout.

LAFC, on pace to win the Supporters’ Shield for the second time in its five seasons of existence, resumes league play on Saturday against Real Salt Lake in Utah.

Recipe: Raspberry Clafouti is a French dessert that’s a mouthful