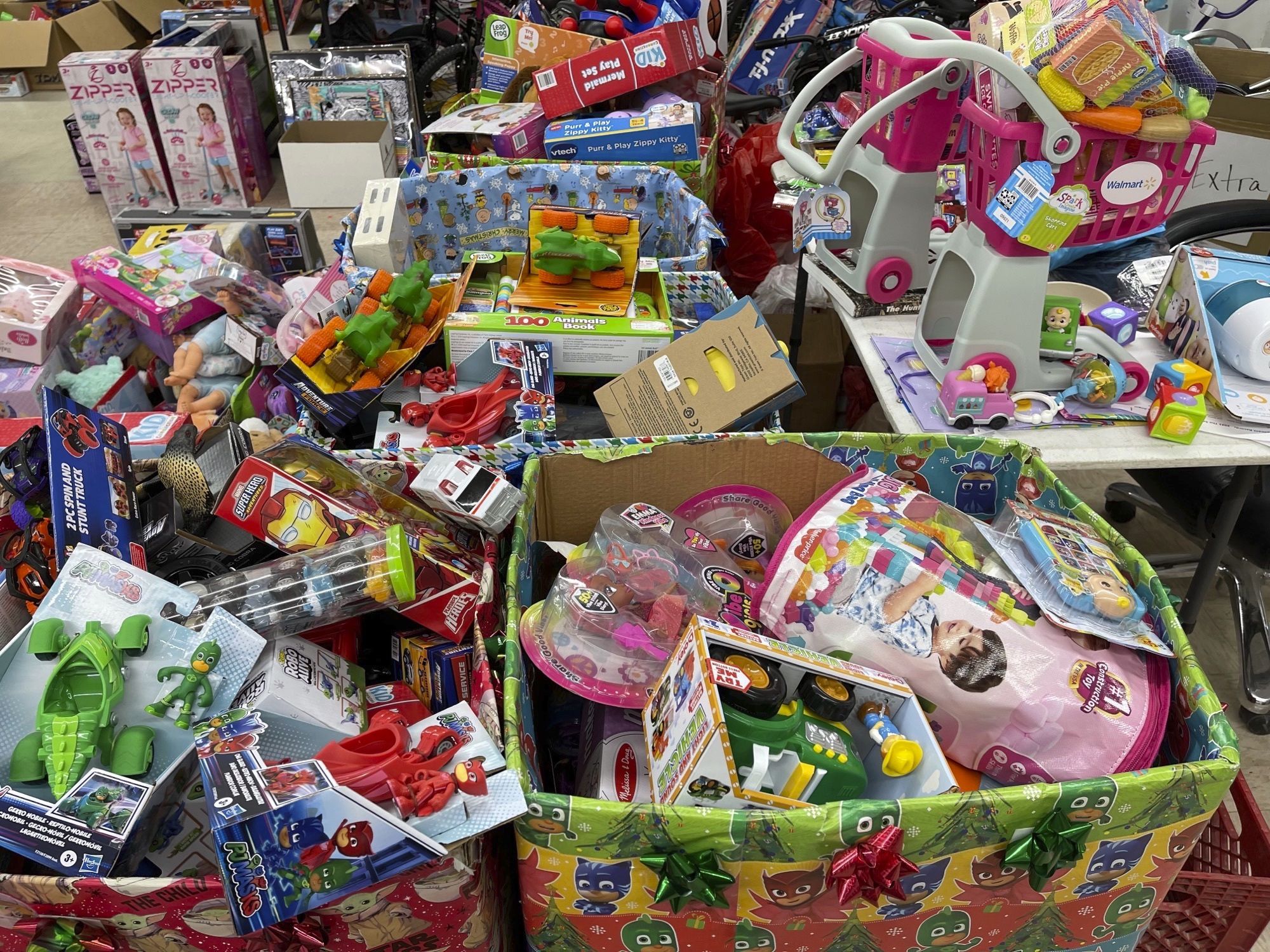 Now that the holiday season has arrived, local business owners are working to ensure children living in low-income areas in Jacksonville receive presents this Christmas.

The owners of the Cuts, Linez and Trimz barbershop on Moncrief Road and members of a community organization called Jewels of the Future, Inc. have hosted their annual Christmas party for the past seven years and given out thousands of presents to children in need.

This year, however, is different because they were forced to move the location to accommodate a large number of expected participants since they fear the parking lot may not be able to hold all of the families.

“We have some kids that won’t get anything for Christmas, and it’s disheartening to hear that,” said Diamon Wallace, vice president of Jewels of the Future.

On Dec. 11 from 2 p.m. to 5 p.m., the Christmas party will be held at Lonnie C. Miller Park right up the street from the original location. Together, the two organizations collect new donated toys, clothing and school supplies to give away.

“We have kids come in who barely get haircuts and clothes. They need basic essential things, so we know Christmas is just not on the list for parents. They must do what they need to do first,” barbershop owner Renita Turner said.

One married couple has already donated a slew of items.

“They saw us last year on the news, and they came out then. This is their second year donating a massive amount,” Turner told News4JAX. “We have eight bicycles they have given us. So, if people know what the need is, then they can help.”

Local attorney and pastor Stephen A. Smith became a sponsor for the event to help give back to an area that hits so close to home.

“I grew up right around the corner from here off Avenue B, and we were poor. So, I come from this very same community and that’s why it’s so important for me to give back,” Smith said.

The families this Christmas party helps each year all live in the 32209 ZIP code, where the crime and poverty rates are higher than the financial growth and stability rates.

“It’s literally one of the poorest ZIP codes in our state.,” Turner said.

According to census data, more than 30% of families in this area live below the poverty line. Therefore, organizers and sponsors of this year’s Christmas party are asking others who are in a position to help to do so.

“I think that it is very important we broadcast that every time we do an event because the resources are needed. I believe if we have more resources for our kids, our ZIP code would be way further and more progressive,” Wallace said.

If you’d like to contribute, donations can be brought to the barbershop at 6050 Moncrief Road. Organizers are also accepting cash donations on their GoFundMe account, which will be used to help purchase more gifts.

Golden Globes 2021: The Complete List of Nominees | Entertainment Weekly
The White House state dinner: A peek at the decor, the menu for Thursday’s soiree for French President Macron