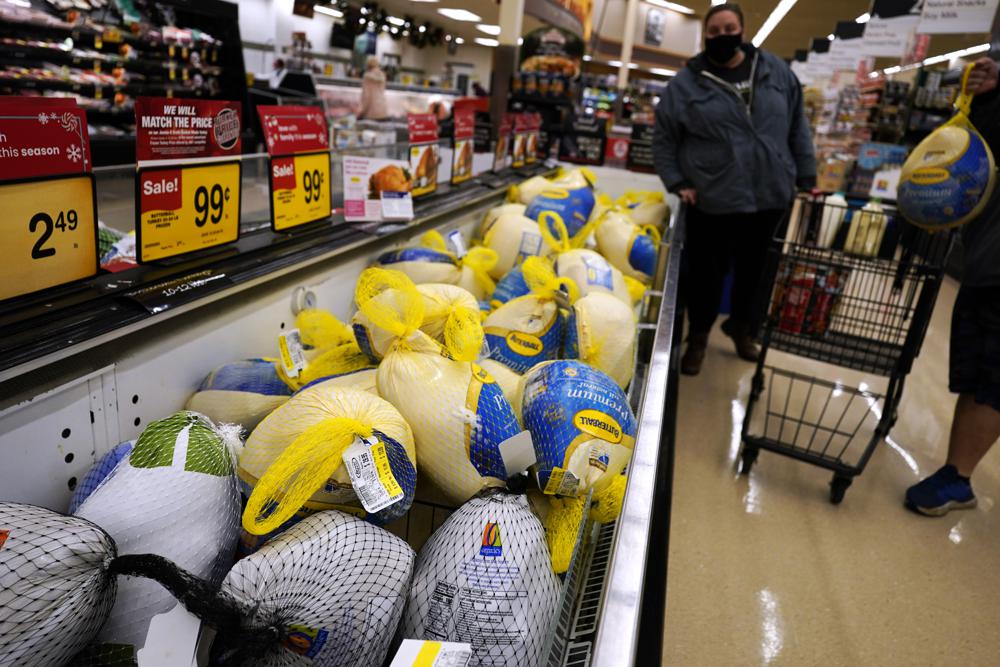 U.S. consumer spending rebounded by a solid 1.3% in October despite inflation that over the past year has accelerated faster than it has at any point in more than three decades.

The jump in consumer spending last month was double the 0.6% gain in September, the Commerce Department reported Wednesday.

At the same time, consumer prices rose 5% compared with the same period last year, the fastest 12-month gain since the same stretch ending in November 1990. The surge in prices this year did contribute to the 1.6% rise in spending in November, yet adjusting for inflation, spending was still up a solid 0.7% after a 0.3% inflation-adjusted gain in September.

Personal incomes, which provide the fuel for future spending increases, rose 0.5% in October after having fallen 1% in September, a reflection of a drop in government support payments.

Pay for Americans has been on the rise with companies desperate for workers, and government stimulus checks earlier this year further padded their bank accounts. That bodes well for a strong holiday season and major U.S. retailers say they’re ready after some companies, like Walmart and Target, went to extreme lengths to make sure that their shelves are full despite widespread shortages.

Analysts said the solid increase in spending in October, the first month in the new quarter, was encouraging evidence that overall economic growth, which slowed to a modest annual rate of 2.1% in the third quarter, will post a sizable rebound in the current quarter, as long as the recent rise in COVID cases and concerns about inflation don’t dampen holiday shopping.

In a cautionary note Wednesday the University of Michigan reported that its consumer sentiment index fell 4.3 percentage points to a reading of 67.4 this month, its lowest level since November 2011, weighed down by inflation concerns.

And there are regions in the U.S. experiencing a surge in COVID-19 cases that could get worse as families travel the country for the Thanksgiving holiday.

US lawmakers meet with Taiwan president in surprise visit

The 5% rise in consumer prices shown in Wednesday’s report continued a string of high readings over the past several months as demand outstrips supply, reflecting in part shortages due to snarled supply chains.

President Joe Biden acted Tuesday to counter spiking gasoline prices by ordering a release from the nation’s strategic petroleum reserve, but economists expect that move to have only a minimal effect on the surge in gas prices.

The data released Wednesday, including the peek into what Americans are paying for everyday goods, is preferred by the Federal Reserve because it tracks changes in what people are buying, unlike the consumer price index, which measures a fixed market-basket of goods.

The Fed seeks to conduct its interest-rate policies to achieve annual gains in its preferred price index of around 2%. However, over the past two decades, inflation has perennially failed to reach the Fed’s 2% inflation target.

Fed officials at their November meeting announced the start of a reduction in its $120 billion per month in bond purchases which the central bank had been making to put downward pressure on long-term interest rates.