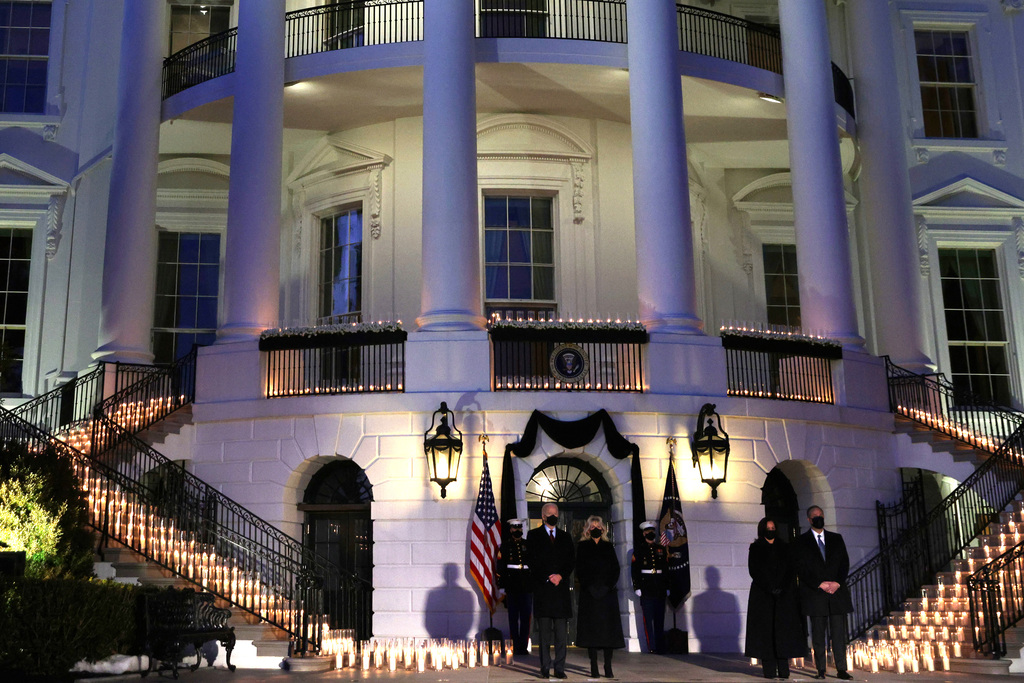 Five hundred candles lined the steps outside the White House on Monday, one marking every thousand American life lost to COVID-19 since the onset of the pandemic nearly a year ago. About one in every 10 belonged to California, where the death toll inched closer to 50,000 on the same day the country crossed the morbid milestone of 500,000 coronavirus fatalities.

With 229 deaths reported Monday, according to data compiled by this news organization, California’s cumulative death toll increased to 49,569, including an average of 350 per day over the past week. Although that is nearly 40% fewer than its peak almost a month ago, COVID-19 still killing twice as many Californians than any time prior to December, or any other state currently.

When December began, Californians accounted for about 7% of all Americans to have died from COVID-19. Nearly three months later, almost on the other side of the state’s winter wave, Californians now account for about one in every 10 American deaths. More than 60% of California’s coronavirus fatalities have come since the start of December, and nearly half since the new year began.

More often than not, though, California’s milestones are becoming positive ones in its battle against the virus. Although the state is closing in on 50,000 deaths, virus transmission is diminishing rapidly, with a corresponding drop off in hospitalizations close behind. On Sunday, the state recorded its fewest cases in over a hundred days. On Monday, it came close to matching that low, even with a full accounting of counties that didn’t issue updates over the weekend.

In total Monday, there were 3,823 new cases reported around California, its lowest weekday tally since the third week of October. At approximately 6,530 per day over the past week, California has cut its average case load in half in the past two weeks and by 85% from its peak about six weeks ago.

Mookie Betts looking for Dodgers to ‘get the job done’ again

Over the weekend, California’s active hospitalizations from COVID-19 fell below 7,000 — its previous summertime high — for the first time since the week after Thanksgiving, a span of 85 days with more COVID-positive patients hospitalized than any other previous of the pandemic. On Sunday, the number of intensive-care patients dropped below 2,000 for the first time since the final day of November. With 6,569 active hospitalizations as of Sunday, according to state health data, there are 70% fewer Californians hospitalized than at the height of the winter wave last month and 42% fewer than two weeks ago.

The progress made across the state could result in the first significant movement in its reopening tiers since the surge began. An update to the determinative metrics, including adjusted case rate, is expected later Tuesday afternoon. San Francisco and Alameda counties have reduced their respective per-capita case rates below 10 per 100,000 residents, according to data compiled by this news organization, but they must fall below 7 per 100,000 in adjusted case rate, a state metric that accounts for high rates of testing.

Golden Globes 2021: The Complete List of Nominees | Entertainment Weekly
HOA Homefront: Can a board ban tenants with a criminal past?