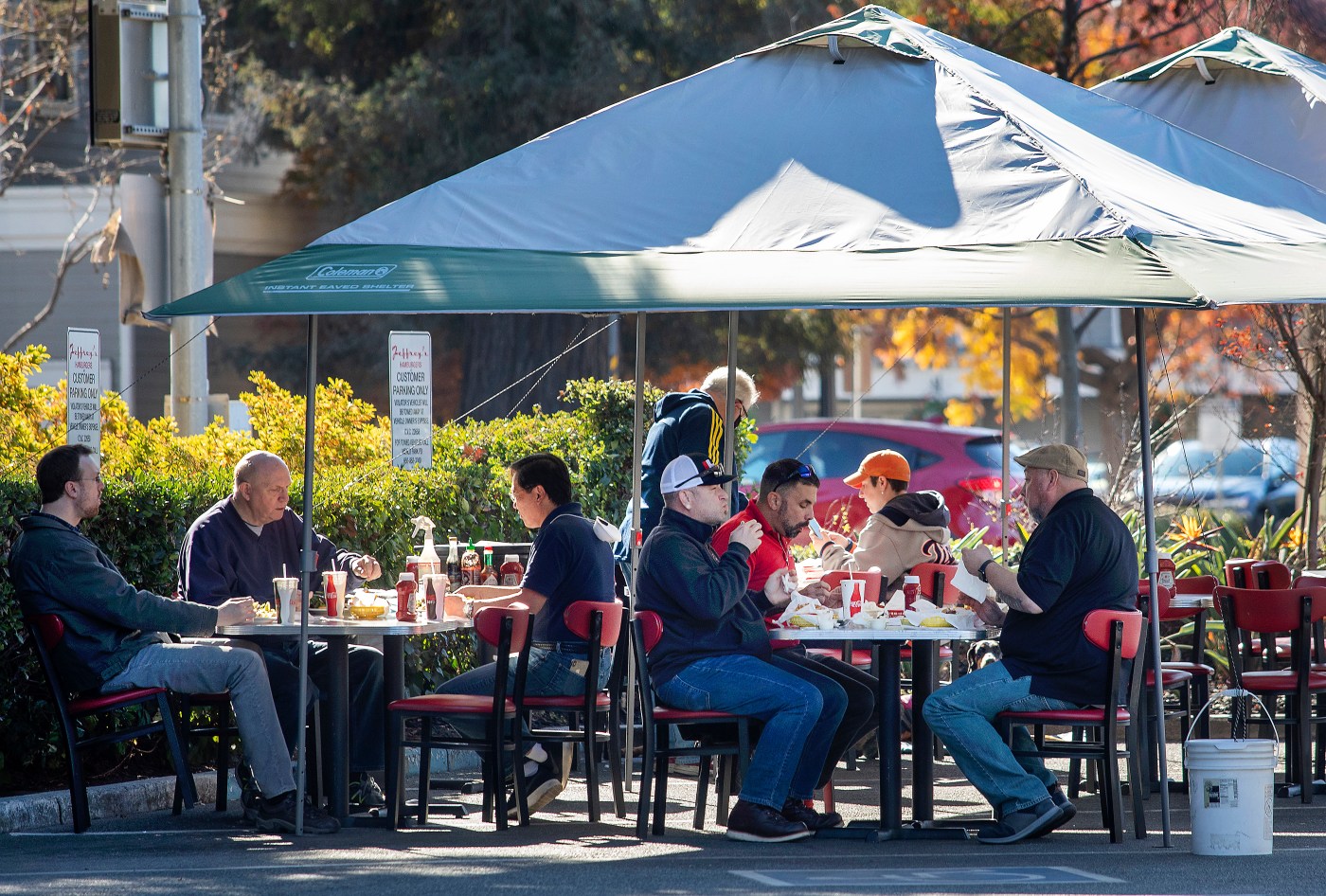 San Mateo and Marin counties were among five statewide that moved from the purple tier on the color-coded scale, indicating the virus is “widespread,” to the red tier, for “substantial” spread.

The move clears the way for certain indoor activities that have been shut down for months to resume in those two counties, albeit with tight limits: Movie theaters and museums can reopen at 25% capacity, as can gyms, at 10% capacity. Both were limited to outdoor operations only in the purple tier.

San Mateo and Marin counties are each averaging fewer than 100 new coronavirus cases per day, according to data compiled by this news organization. State data shows each has a test positivity rate barely above 2%.

Yolo, Shasta and Humboldt counties also advanced to the red tier Tuesday, while Trinity County, which had been in the orange tier, moved back into the red.

At a bill signing Tuesday morning, Gov. Gavin Newsom said eight more California categories are on track to move out of the most-restrictive stage next week, but did not name them.

On 2nd try, move away from signature-gathering for primary candidates gets initial Senate OK

Golden Globes 2021: The Complete List of Nominees | Entertainment Weekly
Winds to subside after battering parts of Southern California on Thursday