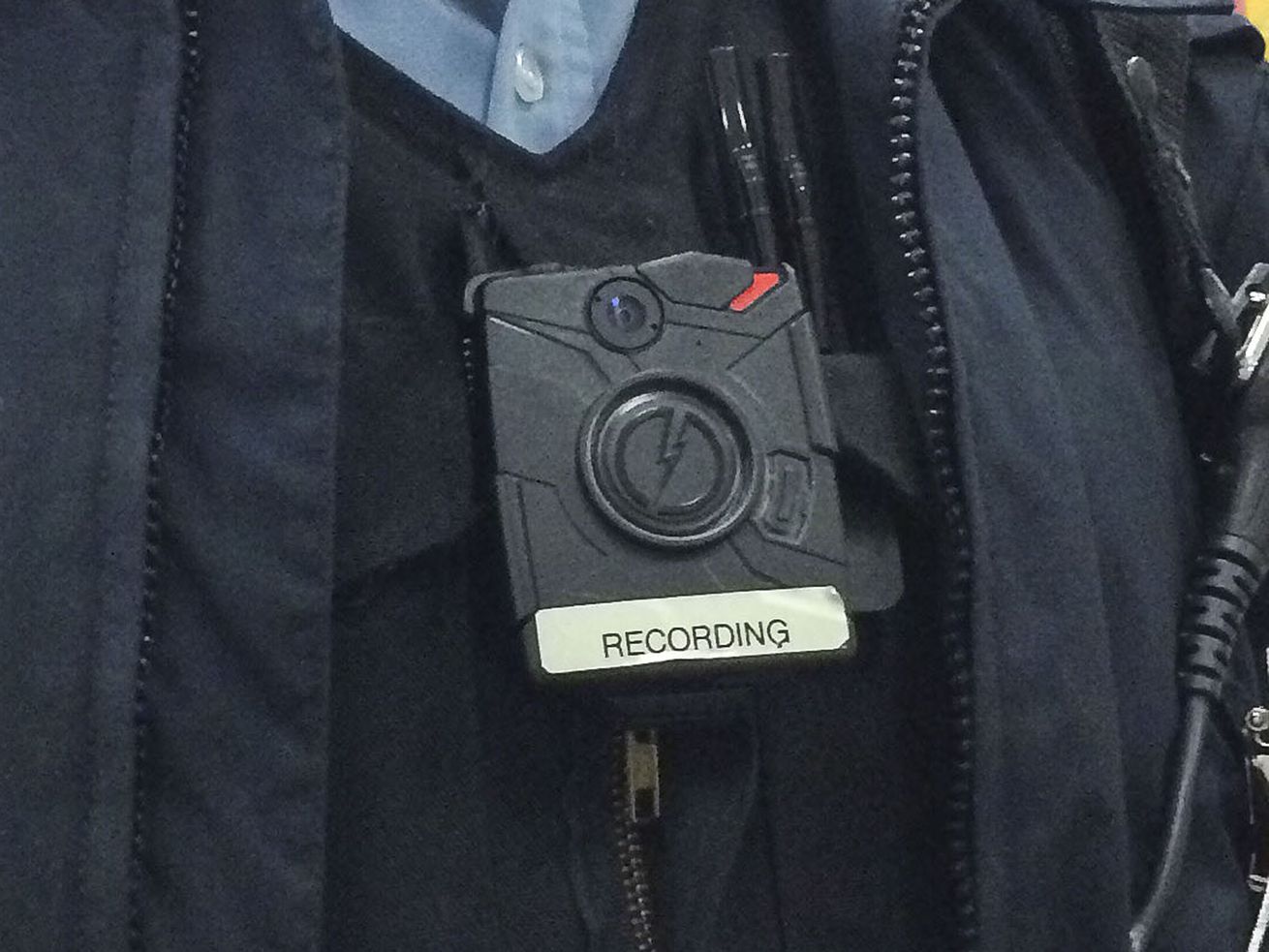 One of the Chicago Police Department’s body-mounted cameras. | Sun-Times file

“If the footage they capture is not being reviewed appropriately, body-worn cameras are reduced to high-tech vest ornaments,” according to Deputy Inspector General for Public Safety Deborah Witzburg. “There still remains much work to be done.”

The Chicago Police Department still has no standardized process for reviewing video from body-worn cameras and also has not developed policies requiring supervisors to pinpoint incidents that should have been recorded by responding police officers, but were not.

That’s the bottom line of a follow-up analysis by Deborah Witzburg, the city’s deputy inspector general for public safety.

“If the footage they capture is not being reviewed appropriately, body-worn cameras are reduced to high-tech vest ornaments. Without meaningful analysis, CPD is missing critical transparency and accountability opportunities,” Witzburg was quoted as saying in a statement accompanying the eight-page analysis.

“There still remains much work to be done,” Witzburg said — even though CPD “agreed with” recommendations the inspector general made in 2019.

“We encourage the department to fully implement changes toward meaningful review and analysis of body-worn camera footage and what it may capture and reveal about the practices of the department and its members,” Witzburg added.

Watch lieutenants on all three daily shifts are required to review one body-camera recording per shift under the Chicago Police Department’s consent decree. It didn’t happen in those seven districts between November 2017 and March 2018.

Citing “strained relations” between citizens and police, then-Deputy Inspector General for Public Safety Joe Lipari argued at the time that it was critical for CPD to “establish and reinforce a culture of compliance” with the body camera program to ensure police encounters were “video and audio recorded for subsequent investigation and review.”

On Thursday, Witzburg released a follow-up report showing the department has a long way to go.

One recommendation — to maintain a “regular meeting schedule” for the Body-Worn Program Evaluation Committee — was labeled “not implemented.”

“There have been some efforts to improve the process by which [body camera] videos are randomly selected for review by a supervisor. But a new … review process and new randomization procedures have not yet been implemented,” the report states.

CPD reported having “piloted an application to facilitate a standard review process. But, the app was determined to be “cost-prohibitive,” the report states. The department is “working to develop an alternative, but has “not developed policies or procedures for appropriate supervisors to identify incidents that should have been recorded, but for which no video was recorded or uploaded,” the report states.

How California theme parks will verify visitors have been vaccinated