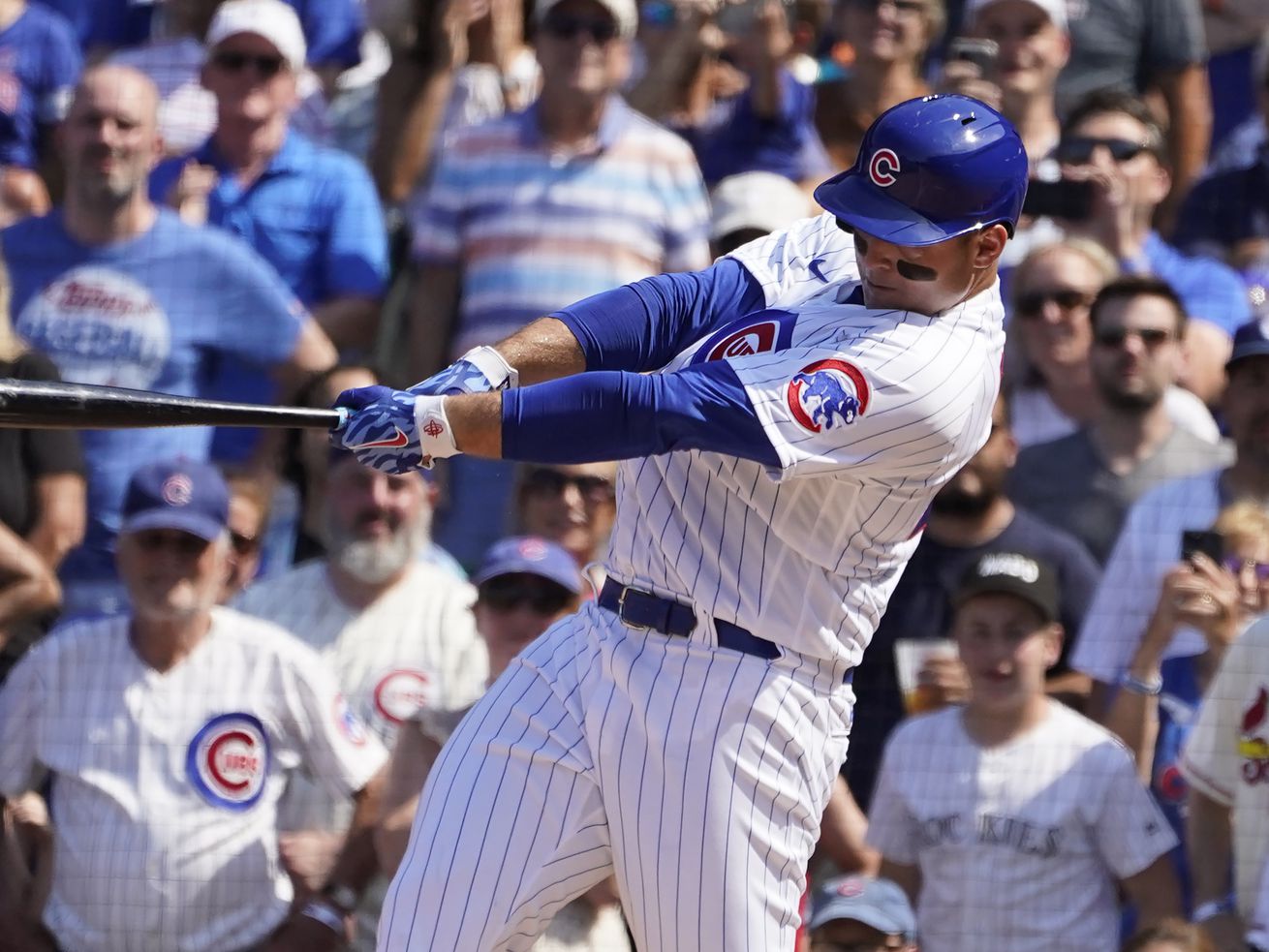 Wrigley Field allowed 100% capacity for the first time since 2019 on what the Cubs called “Opening Day 2.0.” They fell behind 5-1, then treated a crowd of 35,112 to a comeback win over their NL Central rivals.

Pederson gave the Cubs a 7-5 lead in the seventh with a two-run double off the wall in right-center against Génesis Cabrera (1-2). He also singled leading off the first and homered in his second straight game when he drove one to the center-field basket against against Johan Oviedo in the fourth.

Rizzo tied it at 5-all in the sixth with his drive to right against Daniel Ponce de Leon. It came on the 14th pitch of the at-bat, the longest by a Cub to end in a homer since at least 1988, and the fans erupted in delight.

Contreras added a solo homer in the eighth.

Kohl Stewart got chased during a three-run fifth. But the Cubs scored three in the bottom half, knocking Oviedo out of the game, to pull within 5-4.

After deep cleanings and some updates, the Palmer House returns to society

Stewart gave up five runs and six hits in four-plus innings. Four relievers combined to shut down the Cardinals.

Tommy Nance (1-0) threw two innings to win his first major league decision. Ryan Tepera worked the eighth, and Craig Kimbrel retired all three batters in the ninth for his 16th save in 18 chances.

The Cardinals lost for the seventh time in eight games and have fallen from first place before play to May 31 to a 32-31 record.

Nolan Arenado drove in three runs. Yadier Molina had three hits, but the nine-time Gold Glove catcher also allowed runs to score on a passed ball and throwing error in the fifth.

Verzuz to ‘celebrate the queens’ with Eve, Trina matchup